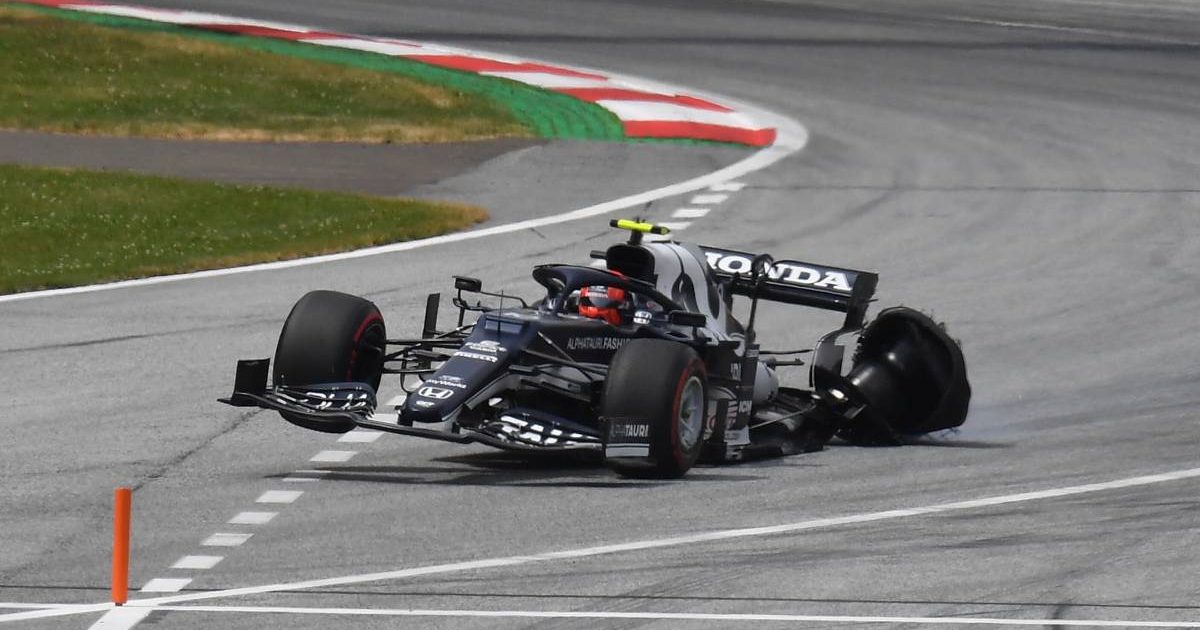 Pierre Gasly was the victim of a racing incident that ended his Styrian Grand Prix before it had properly got going.

On the opening lap, the Frenchman, who had qualified sixth, had his left rear tyre clipped by the front wing of his friend Charles Leclerc’s Ferrari, causing a puncture.

The damage to the AlphaTauri meant he became a mobile hazard to his rivals and into Turn 3, he was hit again by Antonio Giovinazzi’s Alfa Romeo with the duo also getting in the way of Nicholas Latifi’s Williams.

Gasly toured back to the pits with his right front wheel off the ground and rear suspension damage, which meant retirement was inevitable – costing him the chance to capitalise on another strong qualifying performance.

It was only the second time this season the 25-year-old had failed to finish in the points, following the opening Bahrain Grand Prix in which he had also been involved in an opening-lap collision, that time with Daniel Ricciardo.

Speaking of the latest incident, which the stewards chose not to investigate, Gasly said: “There was contact and I completely punctured the whole rear. I ended up on three wheels, or even two wheels at some point, so definitely not what we wanted.

“A big shame because it was an amazing weekend until now and I’m really disappointed not to be able to fight for points because we had a great package this weekend.”

strong pace and results all weekend, not the race @PierreGASLY deserved 👎 but he'll bounce back next week 👊

Asked if he had watched a replay, Gasly said: “Not yet – in the end it’s not going to change what’s happened.

“I was in the middle of the straight when it happened, so I don’t think there was a lot I could do and it’s a shame. It’s really frustrating and we know how important it is to score points all the time. As soon as you are out of a race it costs you a lot in the Championship and now it’s just about moving on to next weekend.

“I can accept that the rest of the weekend went really well, so we will try to repeat that next weekend.”

Gasly’s team-mate, Yuki Tsunoda, did bring home a point, however, finishing 10th having started one place lower due to receiving a grid penalty for impeding Valtteri Bottas in qualifying.

AlphaTauri technical director Jody Egginton said: “Clearly we are disappointed to only have one car finishing the race today, following the puncture and rear suspension damage suffered by Pierre, but we managed to score with Yuki which is a positive step forward for him.

“This has limited, to some extent, the points lost to other teams in the Championship, but at the same time we were understandably hoping for more given our starting positions.

“The pace we have shown here has been consistently quite good across sessions.”