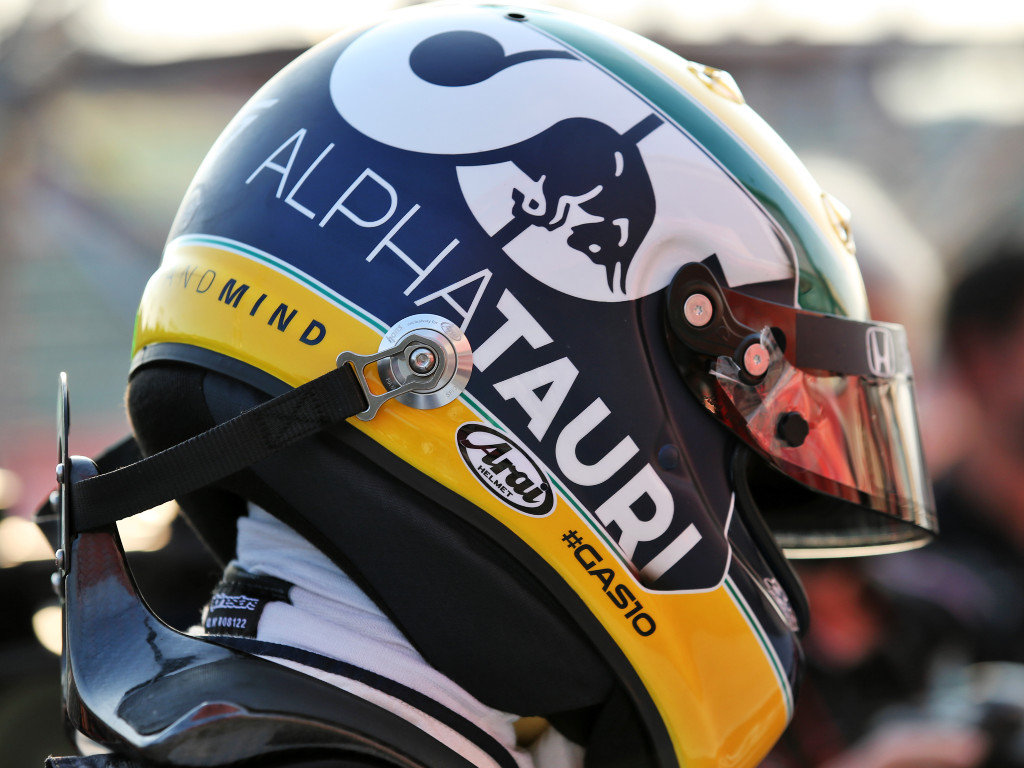 Racing in his Ayrton Senna inspired helmet, Pierre Gasly dedicated his qualifying performance at Imola to the legend.

Senna took a record eight pole positions at Imola in his career, a venue which forever will be tied with his legacy both for reasons of triumph and tragedy.

As Formula 1 returned to Imola for the first time since 2006 the tributes to Senna remained in force, and Gasly was carrying his own in the form his helmet which sported yellow and green in tribute to his hero.

And the Frenchman certainly didn’t disappoint, putting his AlphaTauri P4 on the grid for the Emilia Romagna Grand Prix, matching his best ever qualifying performance.

But since his first P4 came in the Red Bull, he felt this was the best qualifying performance of his career.

“For me it’s a great day,” he told reporters.

“I did my best qualifying for the team, P4 I think was also my best in Red Bull, so it’s my best ever in Formula 1, and to do it in Imola, is also very special.

“Obviously for me, I did this special helmet for Ayrton because I’ve always been a big, big fan of Senna since I was a kid. He was one of my idols, and it was important for me to do it here, but also for all the team, because they are only 15 kilometres from this track. So it’s a great start to the weekend.”

Looking ahead to the race, Gasly is confident that he can take a shot at turning that P4 into a solid race result.

He highlighted Charles Leclerc and Daniel Ricciardo as his main rivals who qualified P5 and P7 respectively, but interestingly there was no direct mention for Red Bull’s Alex Albon who splits them in P6.

“I expect a tough battle with Daniel with Charles and all the other guys,” he explained.

“But I think we are in a good position; P4 is probably the best position we can start from so we need to keep it and try to get as many points as we can.”

Gasly’s team-mate Daniil Kvyat will start from P8 in the other AlphaTauri, meaning the team are set up nicely for another strong showing in their home country.

A double-points finish could well see them knocking on the door for Ferrari’s P6 spot in the Constructors’ Championship.