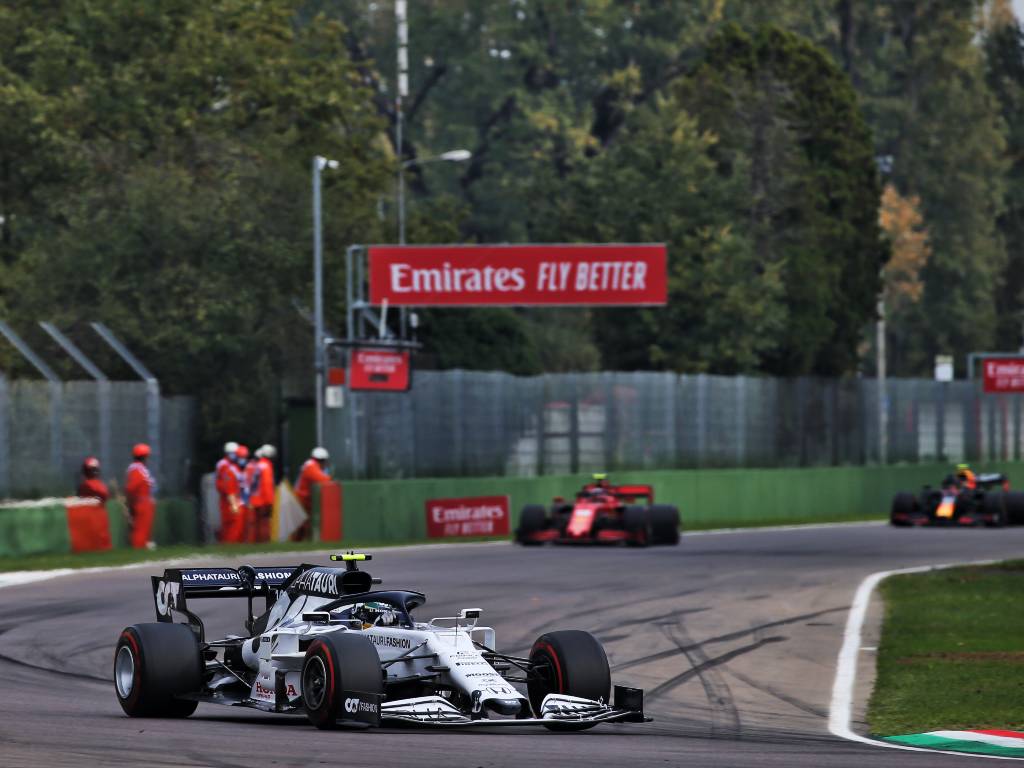 Pierre Gasly felt a top-five finish, just as his AlphaTauri team-mate Daniil Kvyat achieved, had been possible until his enforced retirement from the Emilia Romagna Grand Prix.

The Frenchman had shone in the solitary practice session and qualifying for AlphaTauri’s home race at Imola, starting P4 on the grid, and he even challenged eventual winner Lewis Hamilton on the run to the first braking zone.

But on lap nine, while running fifth and with no obvious impairment to his car’s performance, Gasly was called into the pits to retire the car and preserve the engine.

It transpired an issue that had emerged on the grid – reportedly a coolant leak – could not be overcome and so even though Gasly was still producing representative lap times, the team decided to end his race before the Honda power unit suffered a major failure.

All the more galling for Gasly was that his team-mate, Kvyat, who had started eighth, was challenging Daniel Ricciardo for a podium finish at the end, illustrating the potential of his own car.

We’ve had to retire @PierreGASLY due to a drop of water pressure #AlphaTauri #F1 #ImolaGP 🇮🇹 pic.twitter.com/v8V1lTcbiq

“That was quite hard, especially for our own race,” said Gasly, winner of the Italian Grand Prix at Monza in September, about his retirement.

“All weekend was going so well until now. It was very sad to retire. The guys spotted a drop in water pressure on the laps to the grid, they tried everything on the grid to fix it and unfortunately it didn’t work out, which meant we had to retire after a couple of laps.

“You always hope for the best and I had a great start – the reaction time was really good. I tried to go alongside Lewis but decided to back out from it. After that we were running in P5.”

Despite the obvious disappointment, Gasly, who has been told he will be staying with AlphaTauri next season rather than rejoining Red Bull, was encouraged by the team’s performance as they continue to make strides in the midfield battle.

“The car was so fast all weekend,” added the 24-year-old, who is expected to be joined by Japanese rookie Yuki Tsunoda in 2021 as a replacement for Kvyat.

“I felt good behind Daniel [Ricciardo], I think we had slightly more pace than them and there was clearly a top-five to fight for.

“On such a weekend for our home race it feels quite hard, but that’s motorsport unfortunately.”