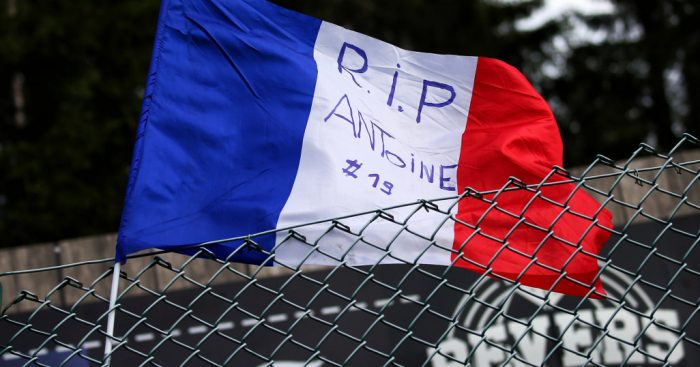 Pierre Gasly has taken to social media to post an emotional tribute to his close friend, Anthoine Hubert, who tragically passed away at the Spa circuit in Belgium.

On the second lap of the Formula 2 race, Giuliano Alesi lost control of his Trident resulting in Hubert taking avoiding action.

He hit the barrier at the exit of Raidillon before spinning back onto the track where he was collected by Juan Manuel Correa.

Sadly Hubert did not survive while Correa remains in hospital having suffered leg fractures and a “minor” spinal injury.

In Gasly’s latest touching tribute he gave an insight into the effect Hubert had on him as they grew up together, pushing him to become a better person as they pursued their racing dreams.

“You deserved way better, Tonio. 22 is just too young.

“14 years of friendship, started racing together, then became friends, roommates, and classmates, we did all our childhood together.

“You were such a humble guy, bloody fast and a hard worker. It was great to grow up together.

“I’m lucky and grateful for all the times and moments we shared during all these years.

“It’s just so hard to believe what happened.

“We will all try to make you proud from up there. I’ll keep chasing the dream we both had since very little.

“I will miss you a lot my friend.

Gasly also shared more photos with his friend in a follow-up message, with fans sending strength and love to the Frenchman during this incredibly difficult time.