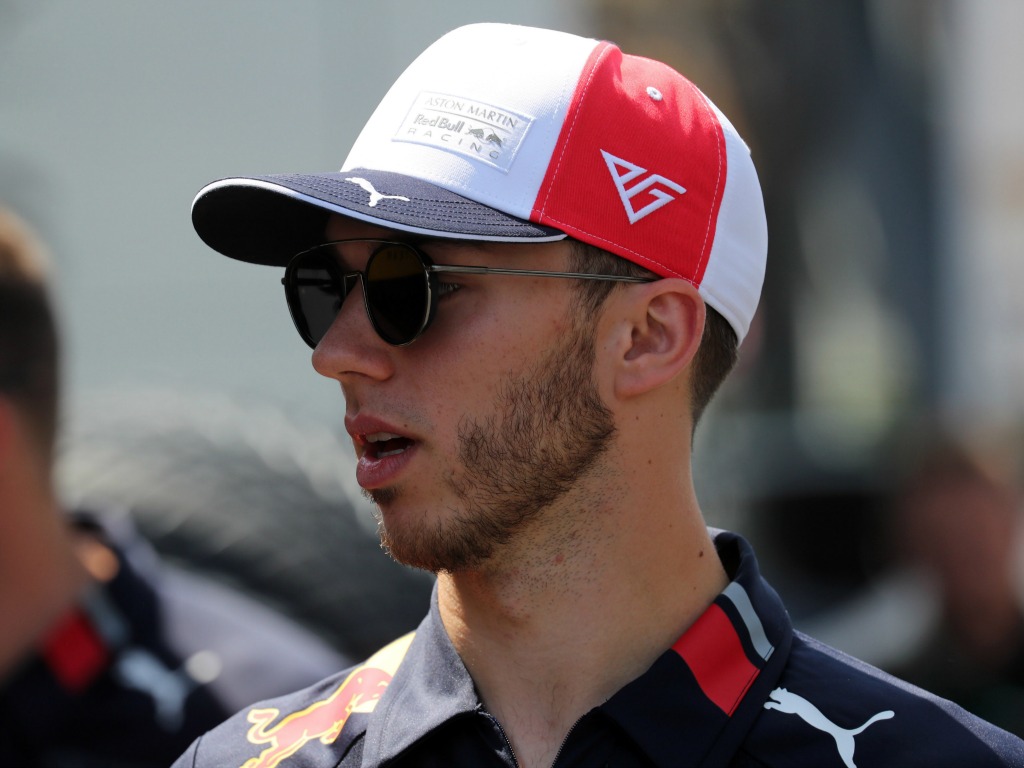 A late assault from Red Bull’s Pierre Gasly saw him top the opening practice session in Silverstone ahead of Valtteri Bottas.

Pierre Gasly set a blistering time in the closing stages to finish P1 ahead of Bottas and team-mate Max Verstappen, perhaps the Frenchman has done a Control-Alt-Delete as suggested by Christian Horner.

Lewis Hamilton wasn’t comfortable behind the wheel of the W10 throughout the session and ended up P4, with Sebastian Vettel and Charles Leclerc taking P5/6 for Ferrari.

Alex Albon had a quiet but highly productive session in the Toro Rosso to claim P9 just behind the Renault’s of Nico Hullkenberg and Daniel Ricciardo, while the Carlos Sain completed the top 10.

Times were hard to come by in the early stages, with teams opting for a few installation laps. Robert Kubica kicked us off with a 1:34.7.

Romain Grosjean somehow managed to crash his VF-19 in the pit lane, and despite losing his front wing he was then forced to take his damaged Haas for a full tour of Silverstone.

Bottas then decided to stop in the Haas pit box as they waited for their man to return for his new wing.

With an hour gone Bottas got his head straight and put the W10 in P1 running the mediums, while Hamilton was caught out by the removal of DRS down the main straight.

George Russell went for a spin at Brooklands in his first taste of the British Grand Prix, but after a slide across the grass he continued on his way.

Russell wasn’t alone – the new surface was catching drivers out all over the place as Leclerc and Lando Norris went for trips off the circuit.

Hamilton now set straight with the new DRS layout moved into P2 as the session passed the 30-minute mark, while Verstappen slotted his Red Bull into P3 with Sergio Perez and Vettel right on his tail.

Still running the mediums, Bottas and Hamilton traded top spot while the rest of the field trailed by a second on the soft compound.

Kimi Raikkonen stopped at Luffield to bring out the red flags – a suspected engine failure for the Finn.

Grosjean went spinning again as the Frenchman’s difficult morning continued, he was yet to set a timed lap with 40 minutes to go.

Bottas went onto the red-walled softs and improved to a 1:27.6, while Alfa confirmed that Raikkonen had an engine problem which would require a change.

Vettel improved to P3 with team-mate Leclerc in P4 before the rain started to fall as we entered the last 30 minutes. It wasn’t enough for inters but a little too slippery for slicks so the drivers eased off and returned to the pits.

The shower quickly passed as the racers went back out to set some final laps, Verstappen set a 1:27.9 on the soft tyre to displace Hamilton from P2.

But, it was Gasly who had the last laugh, setting a blistering lap to go P1 and half a second clear of Bottas.