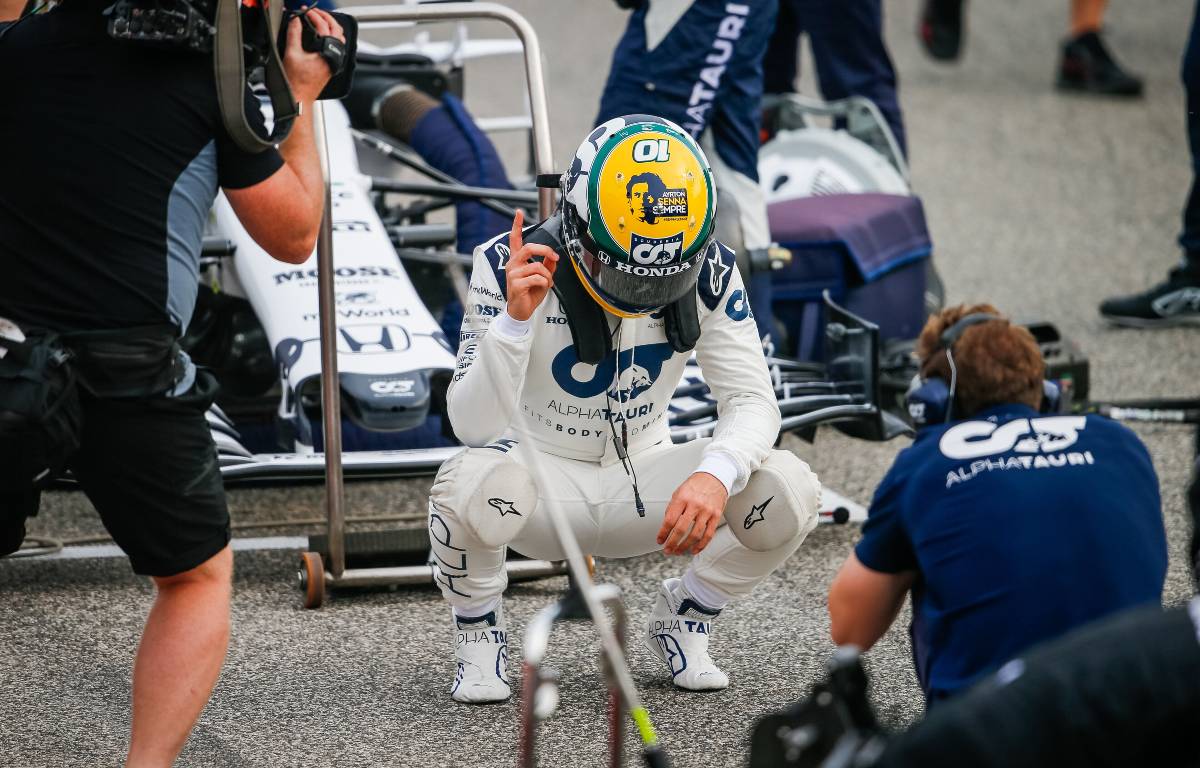 Pierre Gasly has announced he is donating his specially-designed Emilia Romagna Grand Prix helmet to raise funds for the Senna Foundation.

Even though he died in a crash at Imola nearly two years before Gasly was born, Ayrton Senna was the Frenchman’s childhood hero.

When Imola returned to the Formula 1 calendar in 2020 for the Emilia Romagna GP, as an event added to bolster a schedule decimated by the global health pandemic, Gasly saw it as the perfect moment to pay tribute to Senna.

On race day, he wore a helmet designed in the colours of yellow, green, blue and white and with an image of Senna accompanied by the words ‘Ayrton Senna Sempre’, the latter word meaning ‘always’ when translated to English.

Now Gasly has offered his Imola helmet to the Instituto Ayrton Senna, the legendary Brazilian’s charitable foundation, to raise money for the organisation with the aim of helping impoverished children in Brazil.

Parts of the profits of the helmet sales will go to the Senna Foundation.

I’m happy to contribute to this great cause which supports the education of millions of children & young people in Brazil, and I hope you guys will join too.🇧🇷💛

Announcing the gesture on the eve of his 25th birthday weekend, Gasly tweeted: “Super-proud to announce I’ve partnered with Senna Brands to raise funds for the Senna Foundation.

“I’ve donated my Imola GP race helmet to the Senna family to auction, and to raise further money for the foundation we have also produced some 1:2 scale mini helmets.

“Part of the profits of the helmet sales will go to the Senna Foundation. I’m happy to contribute to this great cause which supports the education of millions of children & young people in Brazil, and I hope you guys will join too.”

Unfortunately, the race helmet was only worn for nine laps of the Emilia Romagna Grand Prix because Gasly was forced to retire his AlphaTauri with a radiator problem, having been running in a strong P5 after qualifying an excellent fourth.

On a previous trip to Italy eight weeks earlier he had enjoyed the greatest result of his career, producing the biggest shock result of the 2020 Formula 1 season when he triumphed at Monza, capitalising on a red flag and a penalty for Sir Lewis Hamilton to hold off Carlos Sainz in the McLaren during the closing stages.

Gasly has decided to donate the special Imola helmet even though he had a number of ‘lids’ stolen from his home in a burglary last year that occurred while he was competing at the Spanish Grand Prix.