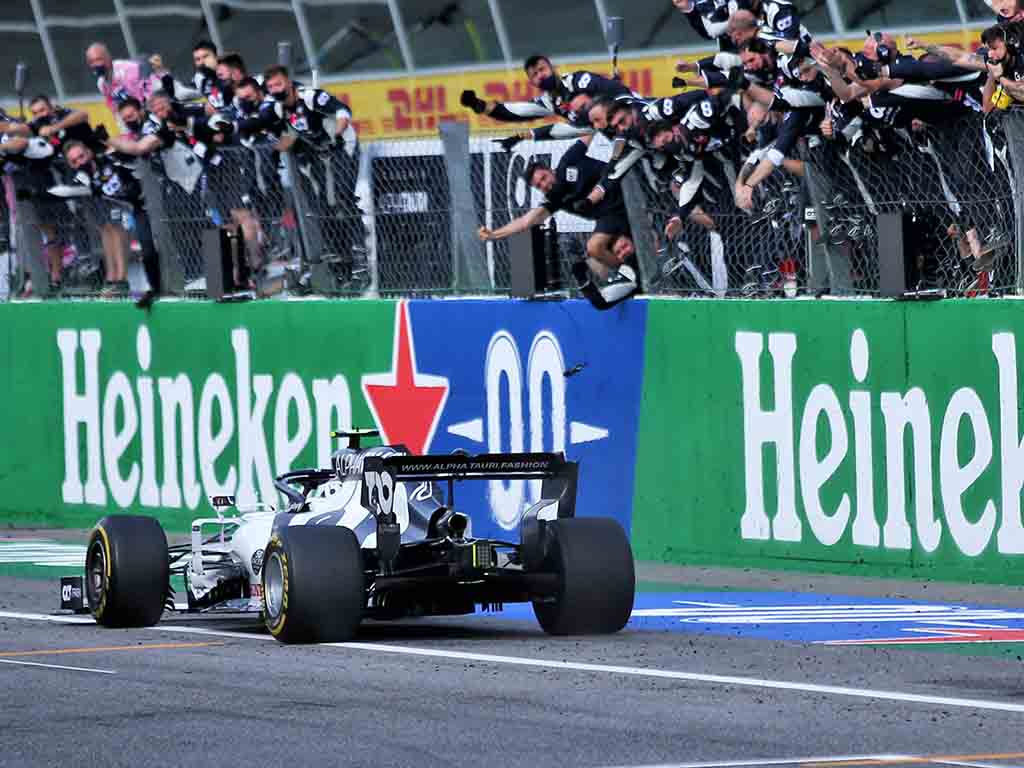 Pierre Gasly firmly believes that Honda could have found themselves fighting for Championships if they had have continued in Formula 1.

The Japanese manufacturer made the shock announcement that 2021 will be their final season in Formula 1, at which point they will leave behind their engine partnership with Red Bull and AlphaTauri just when it was really starting to take off.

Since they began supplying Toro Rosso, now AlphaTauri in 2018, the team have gone on to claim two podium finishes and a race win, courtesy of Gasly at the 2020 Italian Grand Prix.

Red Bull then moved to Honda power for 2019 and have since added four race wins to their record and a further 14 podium finishes.

The one achievement that has so far eluded them is propelling Red Bull into the title fight with Mercedes, but Gasly feels Honda had a title-winning engine in them.

But he also made it clear that Honda have not “let anyone down”.

“I don’t think they let anyone down,” he is quoted by GPFans.

“It was a strategical reason on why they are doing this and I really trust these people. I really believe they do the right thing for them.

“On a personal level, looking at our situation, I would love to see them carrying on in Formula 1 and I could see a future for them.

“They started to fight for race wins on a more consistent basis, they got top threes, wins and podiums.

“Three years ago, where they were and looking at where they are now, I could see them fighting for the championship and be a real contender.”

Smiles or no smiles? pic.twitter.com/iM5YOKrWAa

Gasly’s AlphaTauri team-mate Daniil Kvyat said that Honda’s upcoming withdrawal won’t have a disastrous impact on the team, but is keen to make the most of their year-and-a-half remaining together.

“I don’t think there is something to worry about,” he assured.

“I think with Honda still at the team next year, there is time to consider things and look at options.

“I think it is important we execute the maximum out of the current relationship with Honda because as competitive as they are, I am sure they are going to keep on bringing updates to the engine this year and next year.

“Other things don’t matter right now. It is up to the management to decide what is best for the teams.”