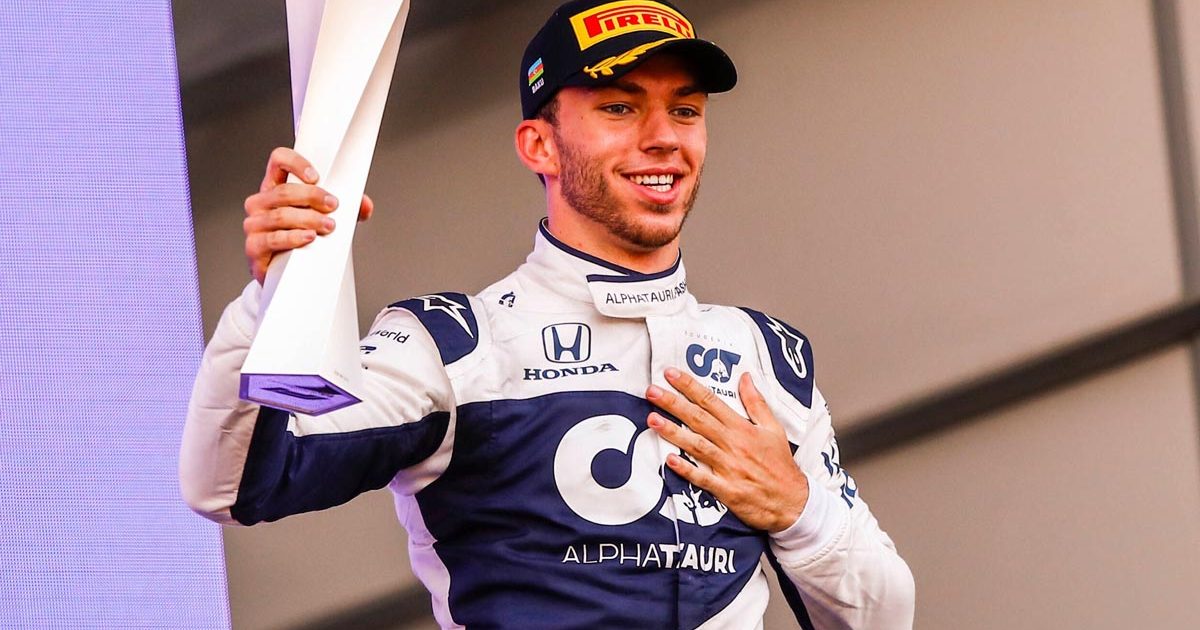 Pierre Gasly says returning to the French Grand Prix as a race winner in Formula 1 will feel “pretty special”, ahead of the rescheduled race in Le Castellet on Sunday.

The in-form AlphaTauri driver took the chequered flag at the 2020 Italian Grand Prix in a surprise win for the Frenchman, who says he is already looking forward to heading back to Paul Ricard to celebrate that feat with fans at his home race.

Supporters will be allowed at the race in Le Castellet, with a capacity of 15,000 allowed to enter every day over the weekend.

Having been brought forward by a week after the cancellation of the Canadian Grand Prix, Gasly will be able to get out in front of his home support more quickly than he had imagined.

it's one week to our Frenchman's home GP @PierreGASLY 🇫🇷 pic.twitter.com/w0UdOjQkTX

“Well, next one is my home race and yeah, we know obviously I really want to do well there in front of all the fans and spectators and, especially to go back there as a race winner will feel pretty special,” Gasly told reporters.

“So, you know, as much as we need to analyse and understand when things don’t go well. I think when it does really well, as this weekend [in Azerbaijan], we showed some very, very strong pace all weekend.”

His third Formula 1 podium means he has completed the set of having a P1, P2 and P3 finish in motorsport’s top tier, with the 25-year-old from Rouen recently described by Red Bull boss Helmut Marko as the “ideal ambassador” for his current team.

Despite the speed of his AT-02 throughout the Azerbaijan weekend, following up an impressive performance in Monaco – the Frenchman admits that he and his team don’t quite know where their new turn of speed has come from.

“We need to understand why – because at the moment we don’t really have the answer,” he added.

“Obviously surprises like this [Baku podium] are more than welcome more often during the season but I think, more than anything, we need to understand where it came from.”

The French Grand Prix will kick off Formula 1’s first triple-header of the season, with two races in Austria following the action at Paul Ricard on Sunday.