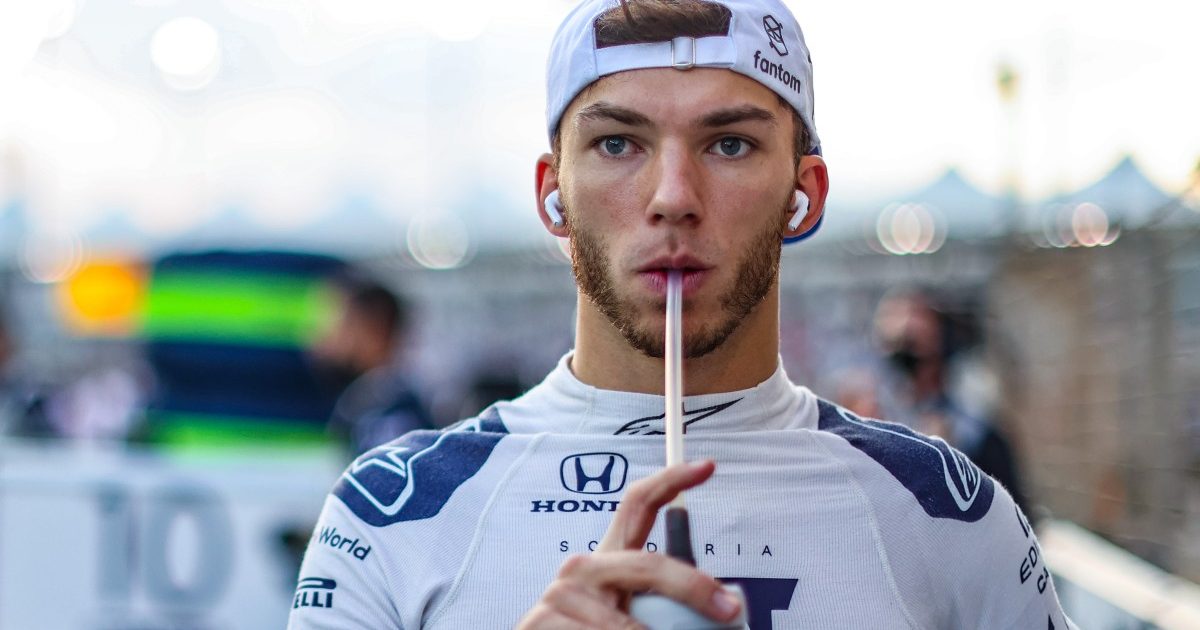 Red Bull sporting director Jonathan Wheatley believes Pierre Gasly is ready to take the “next step” in his career.

Promoted from Toro Rosso to Red Bull ahead of the 2019 campaign, Gasly lasted only half of that season, demoted back to Toro Rosso over the summer break after struggling to compete with the performance level of team-mate Max Verstappen.

Since that move though, Gasly has grown into becoming one of the brightest stars in the midfield, claiming a race win at the 2020 Italian Grand Prix and two further podium finishes, while in 2021 he broke the 100-point barrier in a season for the first time, scoring 110.

At this stage he is the established team leader of Red Bull’s second outfit, now known as AlphaTauri, but has his eyes set on a move up the grid in 2023, whether that be with Red Bull or an exit from the programme.

And Gasly’s performances have not gone unnoticed at Red Bull, with Wheatley acknowledging the Frenchman is ready to step into the next stage of his career.

“I think, honestly, Pierre is ready to make the next step up now,” he said while appearing on the Jack Threlfall Show podcast.

But Red Bull believe via Gasly, and his replacement Alex Albon, they have learned to be more patient with their junior drivers and found a better method for supporting them.

Albon lasted a season-and-a-half before he lost his seat to Sergio Perez. He is set to return to Formula 1 in 2022 with Williams.

“We learned a huge amount of things from Alex. We learned how to help support a younger driver who’s having a difficult time,” Wheatley explained.

“Same with Pierre before that. Look at the confidence Pierre has got again, now he’s back in a slightly smaller team.

“Alex is an extraordinary young man, a fantastic driver, a seriously, seriously fast driver. But a bit like Pierre, [it’s] very difficult to come into a team with Max Verstappen as your team-mate.

“It’s been a bit of a gulf really coming from AlphaTauri or Toro Rosso in the past, into a race team with somebody the likes of Max in it.

“Max had to do it with Daniel [Ricciardo], but we can see now Max is another extraordinary talent.”

And while Albon, like Gasly, was not able to deliver the kind of performances Verstappen did in the Red Bull, Wheatley praised Albon for displaying a “resilience”, refusing to let his head drop.

“Alex and his dedication and the fact he never once let his emotions overcome him…I think it just shows a resilience in the guy,” Wheatley stated.

Of course, Red Bull did not decide to stick with him for 2021, instead calling upon the experience of Sergio Perez, marking an end to Red Bull’s sole reliance on their own driver programme.

There were in fact calls for Gasly to then make a return for 2022, but the Frenchman was overlooked as Perez signed up for another season.

Wheatley explained that Red Bull see Perez’s experience as a vital asset if they are to push for the Constructors’ Championship, having fallen short by 28 points in 2021.

“You need both drivers there. I think that what Checo brings with him and brings to the team is this body of experience. It does make us stronger.”