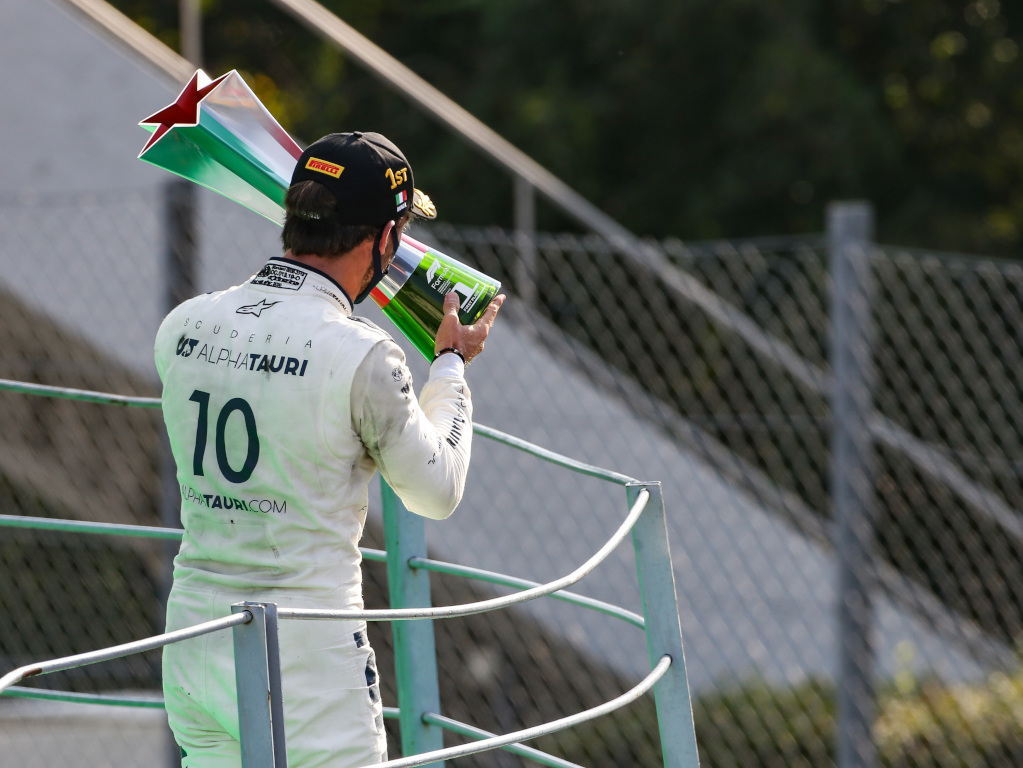 F1’s newest race winner, Pierre Gasly, thinks he is “ready” to Red Bull but acknowledges it is not his call to make.

But after 12 races in which he bagged a best finish of P4, the Frenchman was demoted back to Toro Rosso.

Instead of sulking, Gasly set about showing Red Bull what they had lost, finishing second at the Brazilian Grand Prix.

Continuing his good form with the team into 2020, rebranded as AlphaTauri, Gasly has continued to impress and on Sunday at Monza seized his opportunity to take a first Formula 1 victory.

The Frenchman took the chequered flag at the Italian GP by 0.4s ahead of McLaren’s Carlos Sainz to become F1’s 109th race winner.

In sharp contrast his Red Bull replacement, Alex Albon, was P15 after two lap 1 incidents left him with a penalty and a damaged car.

Gasly believes he has shown he is “ready” for a second chance with Red Bull.

“The only thing I’ve done since they moved me back to Toro Rosso has been just to focus on myself and just show what I can do.

‘When I get the right tools in my hand I’m really happy that the performance we’ve shown – and I’m not only talking about Brazil but I think generally, we’ve been pretty strong most of the time.

“We’ll see what happens but I think there have been many, many strong drivers in Toro Rosso.

“I’m really happy to be one of the two that have managed to get a win for this team.

“Obviously I guess the strong results should be rewarded with something but we will see what happens.

“At the moment it’s not something I really want to think about. I just want to enjoy this moment, because it’s my first win in F1 and I will have time to think about this later.”

AlphaTauri team boss Franz Tost fears it is only a matter of time before he loses Gasly.

He is, however, “optimistic” that the driver will see out the season with AlphaTauri.

“I’m afraid we’re going to lose him again,” Tost said “If so, it means that our team has done well. Otherwise, that wouldn’t happen.

“I am quite optimistic at the moment that Pierre will stay with us.”