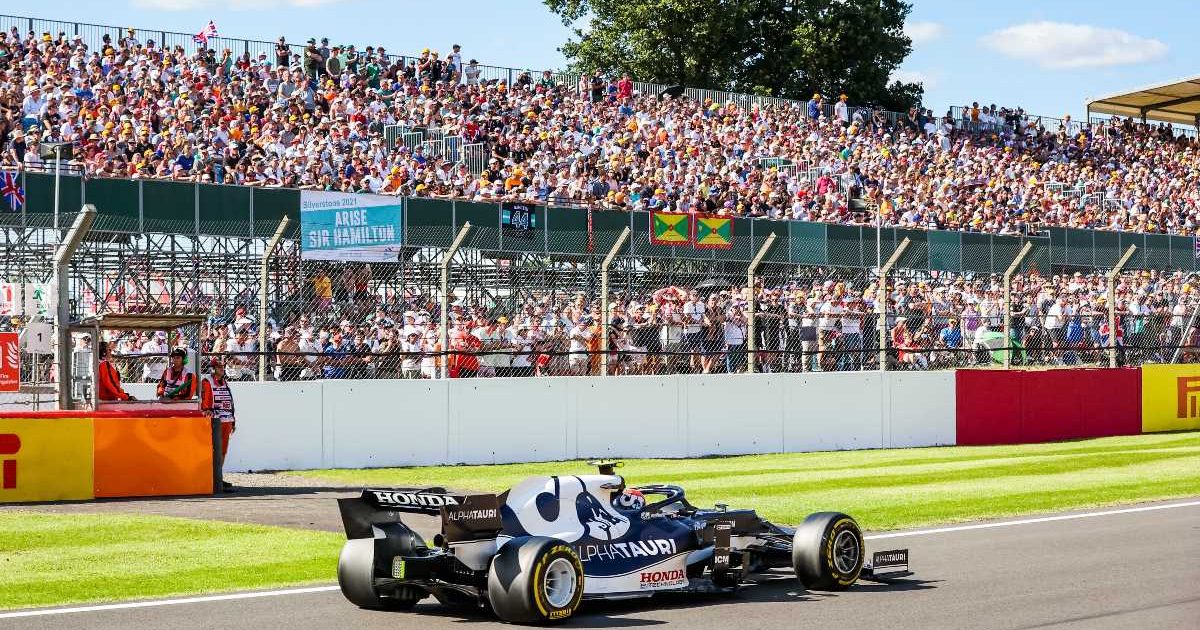 Pierre Gasly could not hide his disappointment after a late puncture caused him to drop out of the points at Silverstone.

It had not been the smoothest of weekends for AlphaTauri, with both Gasly and Yuki Tsunoda consistently struggling to force their way into the top 10.

That changed though come race day with AlphaTauri well in the hunt for a double points finish – that was until Gasly’s rear left tyre called it quits, forcing the Frenchman into a late stop which consigned him to a P11 finish.

“Honestly, I have no words,” he told reporters after the British Grand Prix.

“It was a weekend when we were in the points five laps from the end and then someone went off in Turn 7 and we had a puncture.

“I had to box with five laps to go because the rear-left was punctured.

“Honestly, so frustrating because it was one of the most difficult weekends of the season. We managed to make it back to the points, and in the end to lose by nothing, just for a puncture right at the end, is very frustrating.”

“The pace when I was alone was really good, in that mid-race when we cleared a bit of traffic,” he said.

“The car was a bit more alive for whatever reason with the conditions.

“We had the pace, I was right behind [Lance] Stroll and Fernando [Alonso] with more pace than them I believe. Obviously we were really far from the Ferrari and McLaren this weekend.

“But anyway, we knew our targets, we knew it was to fight with them, we were right in the mix.

“Obviously we want to fight for better positions so we will work, try to understand what we can do better. But clearly I think we deserved better than this P11.”

a clean and strong drive from P16 into the points 😎 @yukitsunoda07 was there to capitalise 👊 @PierreGASLY drove amazingly, but sometimes luck just doesn't go your way pic.twitter.com/9iSmlJdIRb

The team did at least take one point away from Silverstone through Tsunoda and the Japanese racer was “quite happy” with his P10, stating the altered race weekend format proved difficult to adapt to since it is his rookie season.

“I’m quite happy for this point,” he said.

“This week’s different format made it a little bit difficult for me – one free practice then straight into qualifying, which I have never had in Formula 1.

“But I was able to score a point, so that was good.”