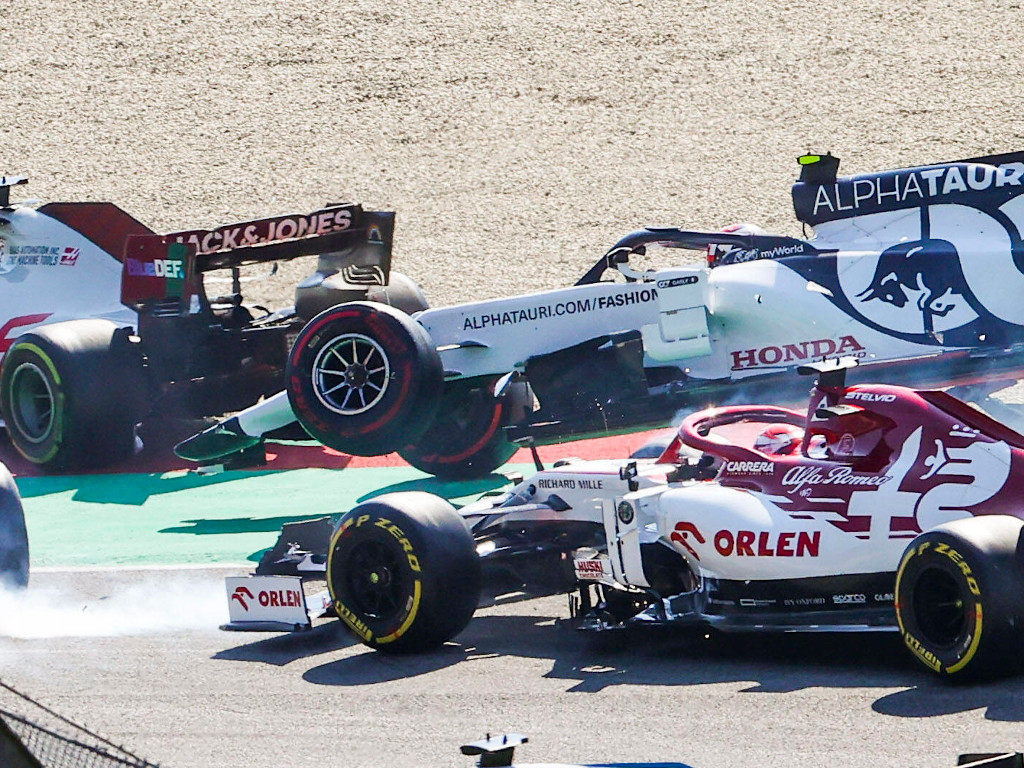 Pierre Gasly says he went for a gap in Turn 2 at the Tuscan GP only to find himself sandwiched between two cars and out of the race.

Fresh from his Italian Grand Prix victory, the first of his Formula 1 career, Gasly came crashing back to reality with a hard hit at Mugello.

The AlphaTauri driver had a nightmare qualifying, out in Q1, and it only got worse on Sunday.

Trying to make up positions at the start, the Frenchman went for a gap between Kimi Raikkonen and Romain Grosjean at Turn 2.

However, that gap wasn’t there for very long with Gasly squeezed between the two.

While Raikkonen and Grosjean were both able to continue, Gasly wasn’t.

“It’s a shame to finish the race just after the first corner,” he said.

“It was quite messy coming into Turn 1 with so many cars side by side.

“I saw some space between Kimi and Romain in Turn 2, I ended up in the middle and had nowhere to go, so we collided and that was pretty much it.

“I don’t think there is anyone to blame, but it’s a shame as I feel like we missed an opportunity for points today.

“We showed good pace all weekend and, even if we didn’t have a great qualifying, I was confident we could recover today.

“Obviously, I would have liked to have been out there with the guys and fight for points, but I think we need to take the positives here because the performance so far has been good, so we need to carry this to Sochi.” 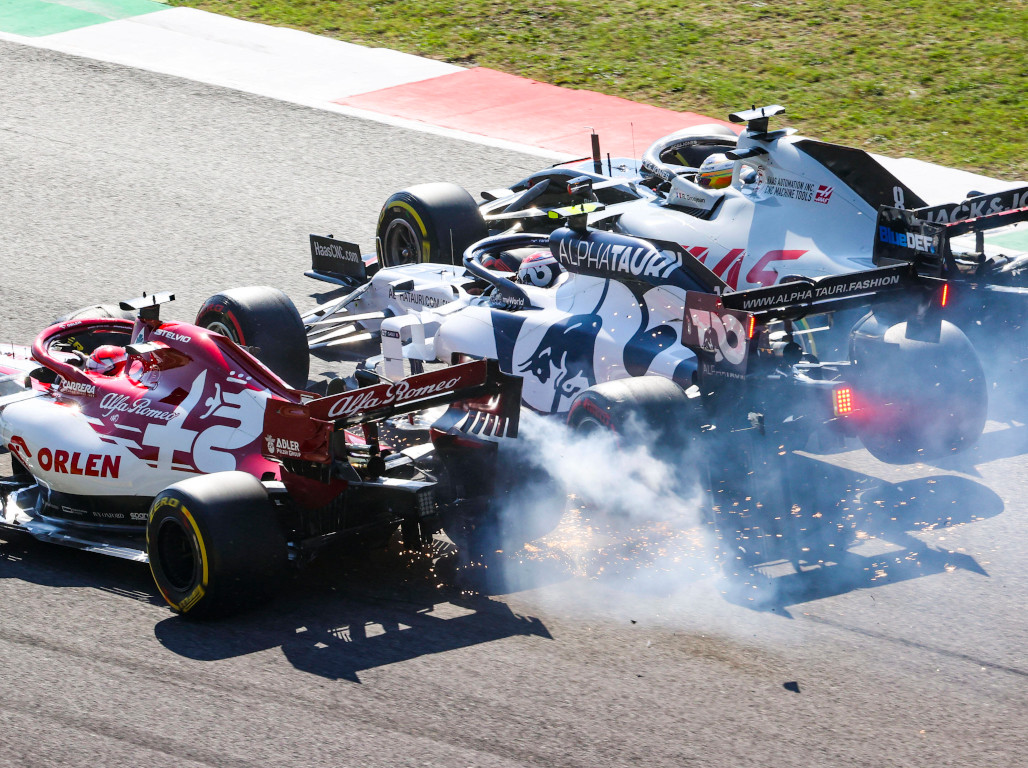 “Two red flags are very rare in Formula 1,” he said.

“Unfortunately, we were involved in the first of the incidents, when Pierre was caught in a sandwich between Grosjean and Raikkonen. Because of this, the car was quite heavily damaged, and he wasn’t able to continue.

“However, Pierre was OK after the crash, and that’s the most important thing.”

AlphaTauri added to its points tally with Daniil Kvyat seventh on the day.