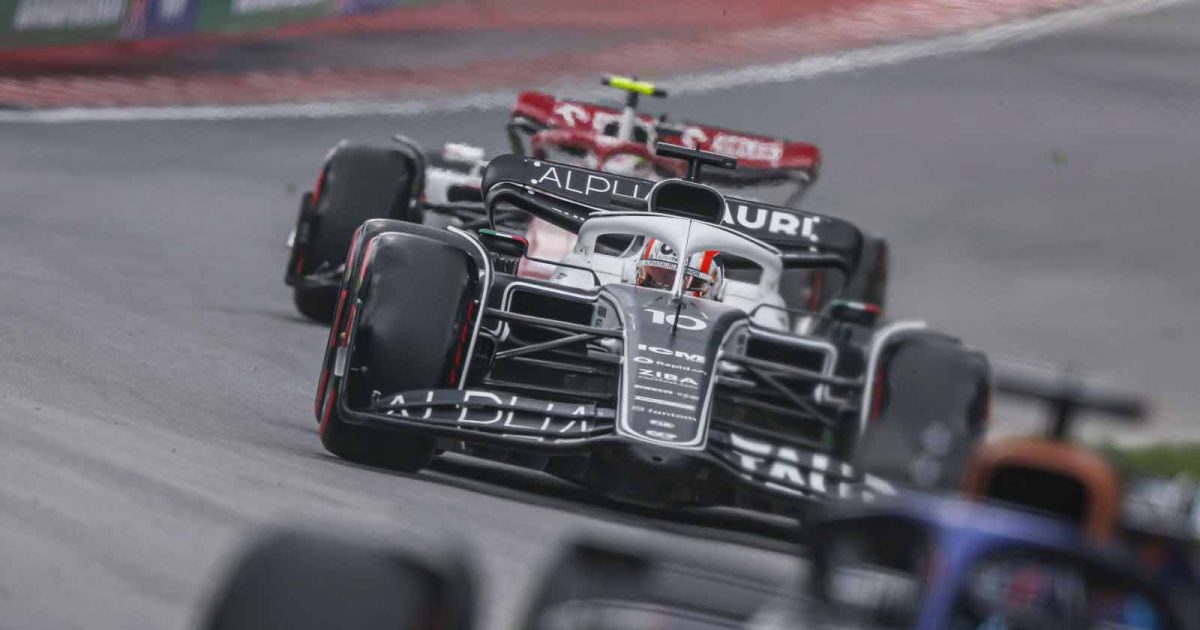 Both Pierre Gasly and Zhou Guanyu have received reprimands from the stewards for failing to follow instructions set by the race director.

AlphaTauri driver Gasly and Alfa Romeo driver Zhou – who made it through to Q3 for the first time in his career in Canada on Saturday – both failed to rejoin the track correctly after going off at Turn 9.

The drivers have been instructed to keep to the left of an orange bollard at the exit of the corner before rejoining the track, which immediately penalises them for running wide by costing them time, but both Gasly and Zhou failed to do so in qualifying.

Zhou reported to the stewards and claimed the wet conditions played a part in his trip off the track and prevented him from taking the correct route, but they disagreed and handed him his first driving reprimand of the season.

The reprimand system was relaxed for this year, meaning drivers must accumulate five reprimands in a season (up from three in 2021) before receiving a 10-place grid drop.

Gasly’s AlphaTauri team-mate Yuki Tsunoda, who did not set a lap in qualifying, is already on four reprimands for the season – which has now led him to lose trust in the FIA’s decision making, and is one infringement away from a grid penalty.

Charles Leclerc, Carlos Sainz and Alex Albon have all also been under investigation by the stewards over allegations of driving unnecessarily slowly during qualifying in Montreal, as they looked to find space to complete a clear lap in the wet conditions on Saturday.

Sainz and Albon were both cleared of any wrongdoing, meaning they can keep their grid slots as “many drivers ended up queueing” before starting a flying lap, so no single driver was at fault.

Despite a “potentially dangerous” situation for his investigation, Leclerc was also cleared – though he will already start at the back of the grid, with an engine change beyond the allowed pool of parts resulting in a grid penalty.

Zhou will line up P10 on the grid on Sunday. Gasly exited in Q1 but will benefit from Leclerc’s engine penalty to start 15th on Sunday.