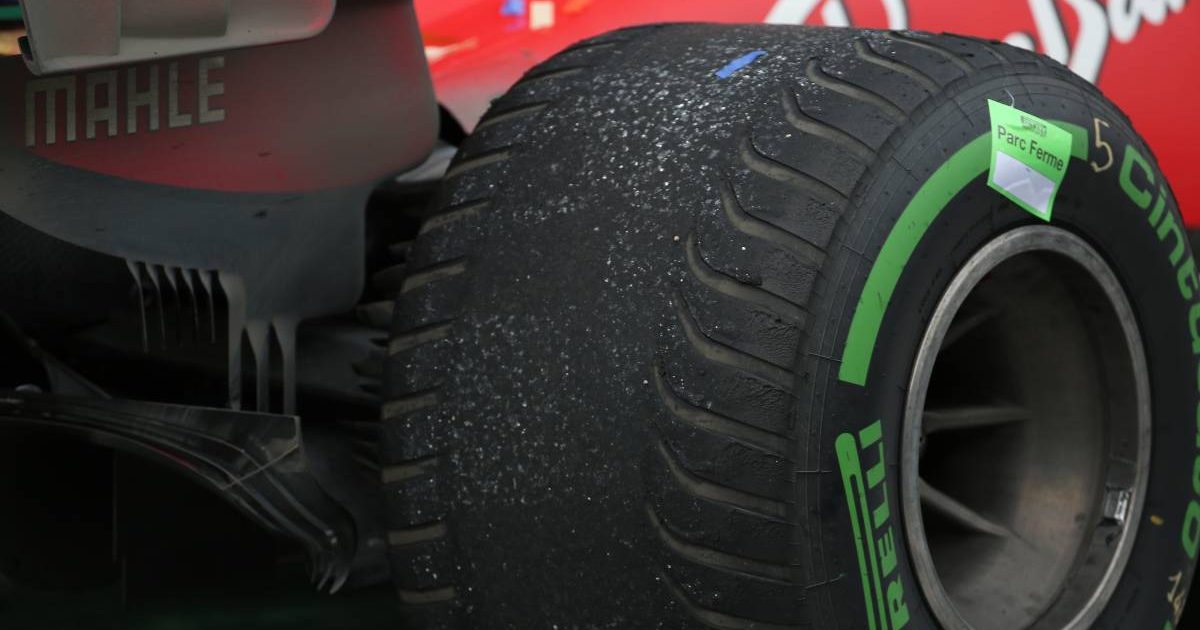 Pirelli rolled out the intermediates on the first two days of their test of the 2022 prototype tyres with Ferrari at Jerez.

Day one of three at the Spanish circuit on Monday comprised Charles Leclerc completing 110 laps in a 2019 Ferrari which was adapted to run with the 18-inch tyres that will be used next year.

Originally, it had been reported that Jerez was not equipped to enable wet-weather testing, but Pirelli specified that intermediates had been used for Leclerc’s running on Monday.

Our #Fit4F1 18-inch testing campaign is underway with @Charles_Leclerc and @ScuderiaFerrari. 110 laps completed at @circuitodejerez
in Spain today with prototype intermediate tyres for 2022. And we’re back for more tomorrow. pic.twitter.com/uQ9Of23DwO

Then on the second morning, the tyre manufacturer tweeted they were starting with “some intermediate runs to dry the track followed by slick tyre testing for the rest of the day”, with the weather reported to be sunny but quite cool at around 11 degrees centigrade.

Carlos Sainz, who has joined Ferrari this year from McLaren, was the driver taking over from Leclerc.

Each of the 10 Formula 1 teams have been allocated three days this year to test the 18-inch tyres for 2022 that will replace the current 13-inch version. Ferrari are getting that programme under way with the SF90, their 2019 car.

However, the teams that are conducting their tests after the 2021 season has commenced, with the Bahrain Grand Prix on March 28, will be able to use this year’s car.

This is due to the fact McLaren have changed engine supplier this season to Mercedes from Renault and therefore no longer have access to their former brand of power unit in order to run an older car.

In any case, whichever model a team runs in the 2022 tyre tests, next year’s cars will be completely different due to the sweeping regulation changes that are being introduced.

The Jerez tyre test has meant a second chance for Leclerc and Sainz to gain valuable driving practice ahead of pre-season testing in Bahrain from March 12-14.

The Ferrari duo also took part in a seven-driver test at Fiorano with the 2019 car which featured several members of the Scuderia’s Driver Academy, including Mick Schumacher who will make his F1 debut for Haas this year.