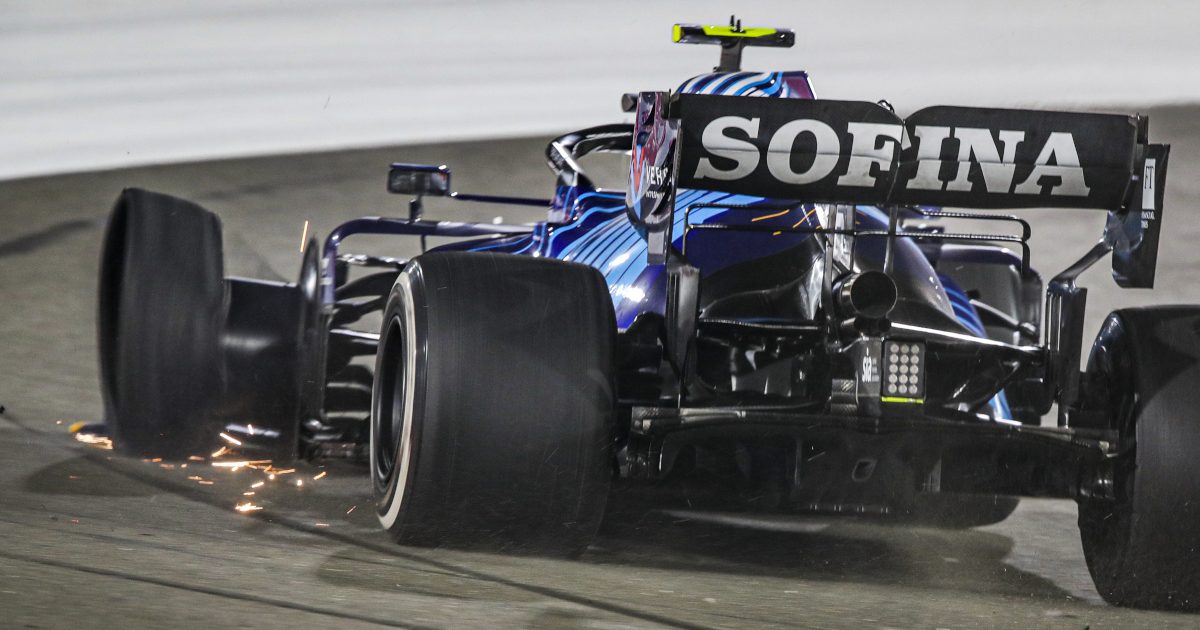 Teams wanting to attempt one-stoppers so as not to “lose time in the pits” played a part in the punctures suffered in Sunday night’s Qatar Grand Prix.

At least that’s according to Pirelli’s early assessment.

Valtteri Bottas, George Russell and Nicholas Latifi all suffered front-left punctures in Sunday’s grand prix while Lando Norris made it into the pits just in time.

For Bottas and the two Williams drivers, their tyres were all over 30 laps old when they had their issues, but Norris’ had only been in use for 23 laps.

While Bottas believes his puncture cost him a podium, Norris says losing points could have been the least of his worries.

“They should make the tyres better,” said the McLaren driver. “Like, it’s dangerous for us as drivers, we risk a lot every time.

“And if we just can’t drive a Formula 1 car around the circuit, then what can you do? I did like 20 laps. I didn’t even do a very long stint. 20 laps, 25 laps, whatever. I should still be able to drive the circuit.”

But Pirelli’s F1 boss Mario Isola believes the teams shoulder some of the blame as they tried to run one-stop races because overtaking is “difficult” around the Losail circuit.

“[The] front left [was affected] because it is the most stressed tyre but I don’t want to say that this was caused by excessive energy or something like that,” Isola told Sky Sports F1.

“We’re waiting for telemetry data from the teams. That is a really important element to understand if the loss of pressure was sudden and [what] was the time for that.

“It’s not a secret that [many teams] had also damage to chassis, to the floor, to the wings, and when a tyre is worn, it’s less protected from kerbs, big impacts, high-energy impacts. Then it can happen that they start losing pressure, and you have either to change the tyre or you’re flat.”

Asked whether the teams had pushed the tyres longer they should have, he said: “For sure, we had a few teams trying a one-stop strategy, because here it’s difficult to overtake, they didn’t want to lose time in the pit.

Pirelli will investigate the cause of the failures, sharing that information with the FIA and the teams.

“We’ll make an investigation and we try to understand what happened,” Isola added to Autosport.

“Clearly with a tyre that is worn and is less protected against impact you continue to punish the tyre. And then was it a cut?

“Yesterday, we saw what happened with the front wing, we had several cars damaged by other elements like floor, wings, chassis. We don’t want to exclude anything.

“Any small debris, any kerb can cause a small puncture, and losing air then the tyre, when it’s broken, is not able to sustain the high level of energy that these cars are putting on the tyres.

“We need to understand why the loss of pressure, so we need to investigate what happened before.”