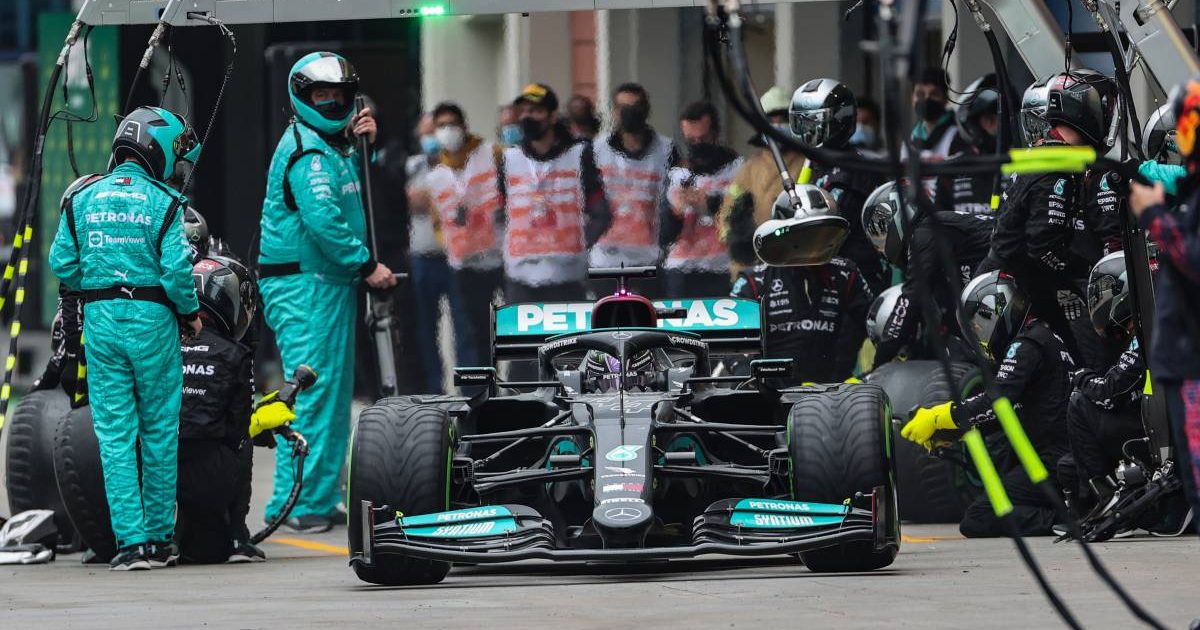 Pirelli are siding with Toto Wolff over whether Lewis Hamilton’s tyres would have lasted the whole duration of the Turkish Grand Prix.

Hamilton expressed frustration over a muddled strategy, persuading his Mercedes team to cancel a planned pit-stop on lap 42 of 58 but then complying with the order to come in for fresh intermediate tyres nine laps later.

The seven-time World Champion thought that decision had cost him a potential podium finish, thinking his original set of inters could have gone to the end of the race.

Instead, he finished fifth and now finds himself six points behind Istanbul runner-up Max Verstappen in the Drivers’ World Championship with six races remaining.

After the race, Wolff, the Mercedes team principal, admitted the switch to fresh inters had occurred too late but that “it was clear we wouldn’t make it to the end”.

Asked by Sky about whether Hamilton’s original set could have lasted the entire 58 laps, Isola said: “Looking at the tyres after the race, I would say no, or at least it was really at the limit.

“The wear of the tyres, especially at the end of the race, they were running basically on the construction. It was a bit dangerous to push the boundaries.

“But I fully understand that in race conditions they have to maximise their result.”

Hamilton and Mercedes agree that it's finally time to pit

It's a quick stop and he come back out in P5 #TurkishGP 🇹🇷 #F1 pic.twitter.com/JRdXUEPDlK

It was also put to Isola that Alpine’s Esteban Ocon had managed to run the whole race on one set of intermediates, finishing 10th – two places higher than his starting position.

Hamilton cited the example of Ocon in media interviews after the race when explaining his stance about wanting to stay out.

“But more or less all the tyres had exposed cords, not only on Ocon’s car – most of the cars that stopped after lap 47/48 were completely finished.

“We know the new tarmac [in Istanbul] is more abrasive and has more grip compared to last year and the track was not dry but still abrasive. So it was really, really at the limit.

“I was suggesting to our allocated engineers to warn the teams to change the tyres and not to go to the end because it was a risky move.”