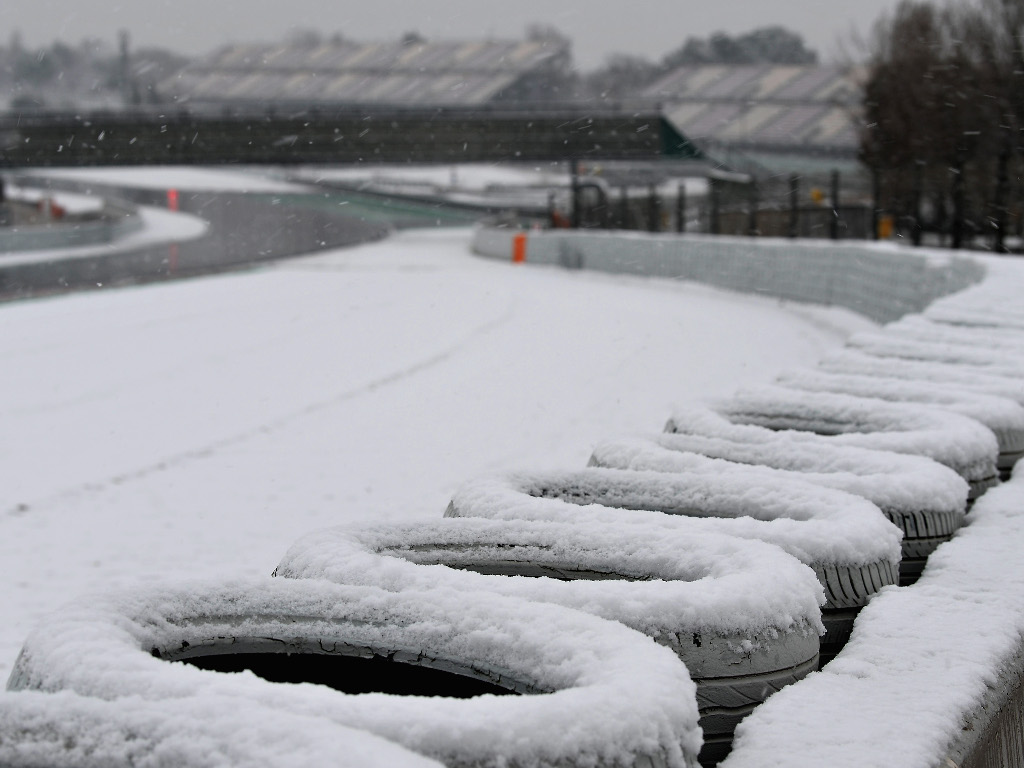 With less than three weeks until pre-season testing gets underway, Pirelli are hoping that last year’s snow fall stays away.

Despite losing track time last year to snow, sleet and ice, Formula 1 will return to the Circuit de Catalunya this season for both four-day pre-season tests.

Long-term forecasts are for a cold week throughout the opening test, which gets underway February 18.

That week’s high is 13’C while the following week, when the second test is held, the maximum is forecast to reach 18’C.

“Until the beginning of January it was like it was spring in Barcelona, but now it is much colder,” Pirelli F1 boss Mario Isola told Motorsport.com.

“We know what happened last year, we are worried.

“This year we are one week earlier than last year but you never know, we have also had beautiful weather at the beginning of February and sometimes winter lingers.”

But even if it is cold, Isola believes the teams will be able to get in some good running as the days progress.

“The temperatures are often around freezing early in the morning, but around noon it is often pleasant”, he adds.

“I’m sure the teams will use this time well to get the tyres to work.”

However, he concedes, warmer temperatures would be better.

“We need representative weather,” he said.

“It is also different because the teams are working on the development of their new cars.

“The priority is to cover as many kilometers as possible at a location that is reasonably close to the factories of the teams. Then it is easy for the teams to send new parts to Barcelona.”