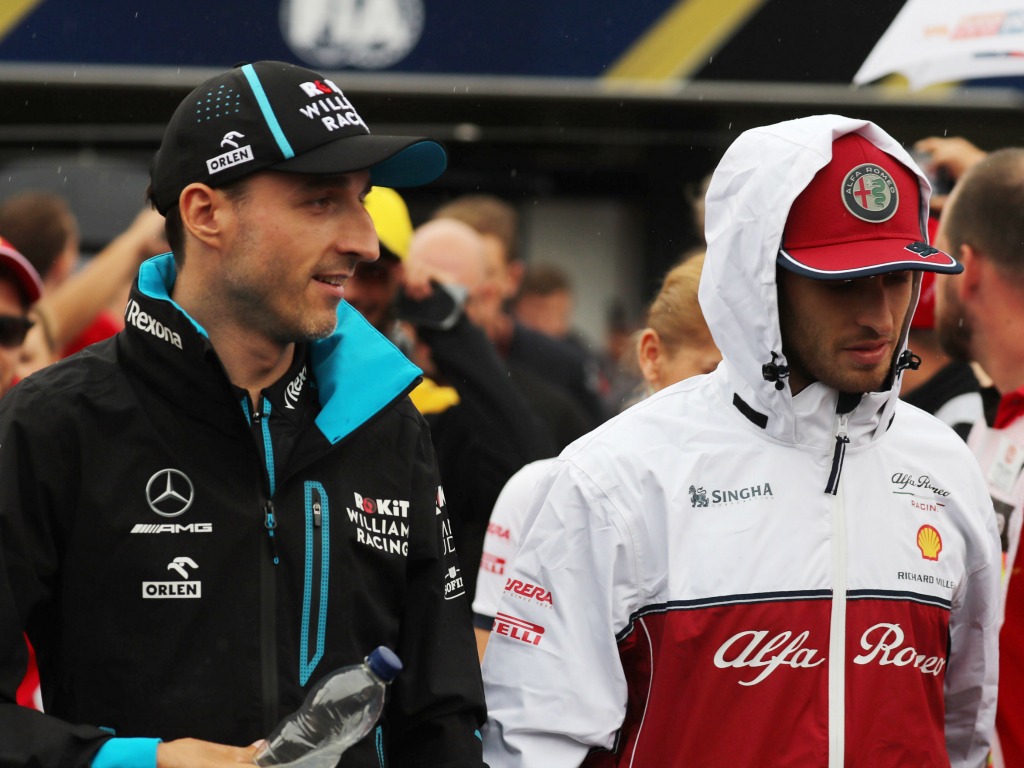 Both Alfa Romeo drivers Kimi Raikkonen and Antonio Giovinazzi have been given 30-second time penalties for data breaches at the German Grand Prix.

“These were found not being in compliance with Article 27.1 of the Sporting Regulations and Article 9 of the Technical Regulations.”

Article 27.1 rules that “the driver must drive the car alone and unaided.”

The stewards went on to confirm that the torque delivered by both cars at the race start didn’t match the torque demand requested by the drivers’ input within the required time of 0.07 seconds.

Giovinazzi’s delay was logged at 0.3s and Raikkonen’s at 0.2s.

“The FIA requires that the torque in the clutch matches (within specified limits) the torque demand as the driver releases the clutch. This must occur within 70 milliseconds,” the FIA investigation statement read.

“This provided a more gradual application of the torque, which given the wet conditions was a potential advantage.

“Regardless of whether there was an actual advantage, the Stewards determined that this was a clear breach of the guidance given to the teams as to how this would be adjudicated.”

The penalties mean that Lewis Hamilton is promoted to P9, with his Championship lead over Valtteri Bottas now stretching to 41 points, while Williams’ Robert Kubica also now gets a point for P10, his first since Abu Dhabi 2010.

Elsewhere Romain Grosjean is promoted to P7 ahead of team-mate Kevin Magnussen.

But Alfa Romeo boss Frederic Vasseur has said the team intend to appeal.