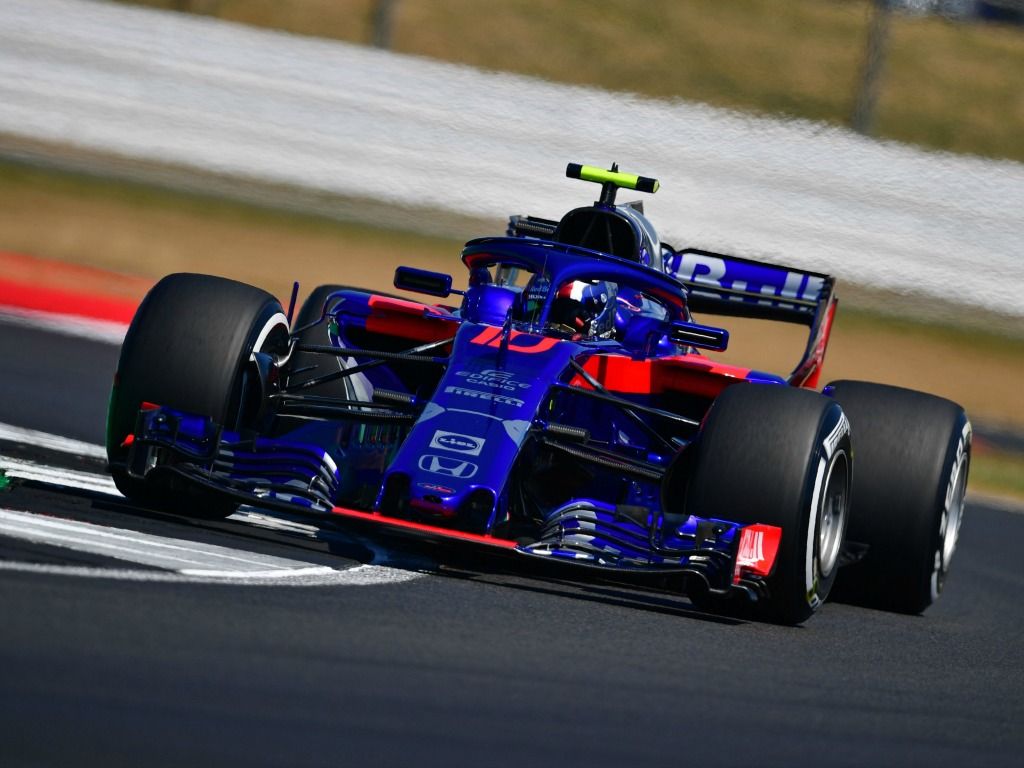 Romain Grosjean crashed out in FP1, and did not take part in FP2. Pierre Gasly’s gave up, while neither Williams could break into the top 14 in the second session.

“The heat’s been the same for everyone, but it’s something that’s making the tire management a bit trickier. Getting them to work – it’s always the main thing. The tires, for all the teams, can be difficult to manage, but that’s the focus. I think tomorrow we could be anywhere from seventh to 13th or something like that. It’s very close. You need to really hook it up to get in front of that midfield, but I think it’s all open. We need to go through the data a bit more to learn about today because we didn’t find many answers in the practice itself. We’ll go through everything and see if we can find some answers.”

“We’re not pleased to miss FP2, but there’s been some good work done on Kevin’s car. I was following the whole afternoon session. Obviously, we’re going to try and squeeze as much out of FP3 as we can. The car was fast this morning, so I think we should be alright. Hopefully, we can build up nicely tomorrow, and then do some fine tuning for qualifying when the track temperature gets really high. That’s going to be the biggest challenge for us, as we haven’t run those high track temperatures. Kevin was doing some good runs. I’ve just been looking at what he was doing out there, and trying to take that on-board for ourselves for our side of the garage.”

“This morning we mainly focussed on aero tests to try and understand our new aero package, so I’m hoping we gathered some good data for the team. In the afternoon we had an issue with the engine which forced me to stop the second practice session early, so unfortunately I didn’t get to complete many laps. At the moment it seems quite difficult for us here, I’m not entirely comfortable with the car as I didn’t really find the right setup to make it work around this track. We’ve got a lot of work to do tonight to improve for tomorrow.”

“It was a good day in terms of reliability as everything ran smoothly. We had a very extensive programme to run today, testing new parts along with old aero configurations which was part of a large data gathering exercise. Given we spent most of the two sessions testing, I don’t think today’s lap times are representative of where we are. We have a lot of numbers for everyone to study overnight and hopefully we can put together the best package for tomorrow.”

“This morning looked better, but this afternoon wasn’t so good, so we shall see tomorrow. We have to look into it a little more, but the car didn’t feel quite as good this afternoon. The track temperatures went up, it could be that, but it is the same for everyone so we just need to look at what happened. The tyres are going to need quite a bit of management in the race. It is going to be between a one-stop and a two-stop, so we will see what we will do. The usual route throughout the weekend is that we both have different set-ups. It is bumpier than I predicted it would be coming into the weekend. I felt that with the new surface it was going to be smoother, but it doesn’t seem to the case, as it was quite similar to how it was last year. But that is okay as I don’t think it is too bumpy. The third DRS zone I think is good. I haven’t done turn one with it activated yet, but some cars did and I think it gives a bit of a challenge to the drivers. We will perhaps see this more in other circuits – I would like to see it in 130R in Suzuka!”

“I made a very big mistake in FP1 which was disappointing, spinning the car in the gravel. So, we were very blind going into FP2, which didn’t go that bad. For me, it was a massive jump because I lost track-time and running in the first session, but I think we recovered well and completed quite a few laps in FP2. We have seen slight improvements in some areas regarding performance. I haven’t seen the guys yet but there are some positives to take from today and we have a lot of things to go through tonight.”