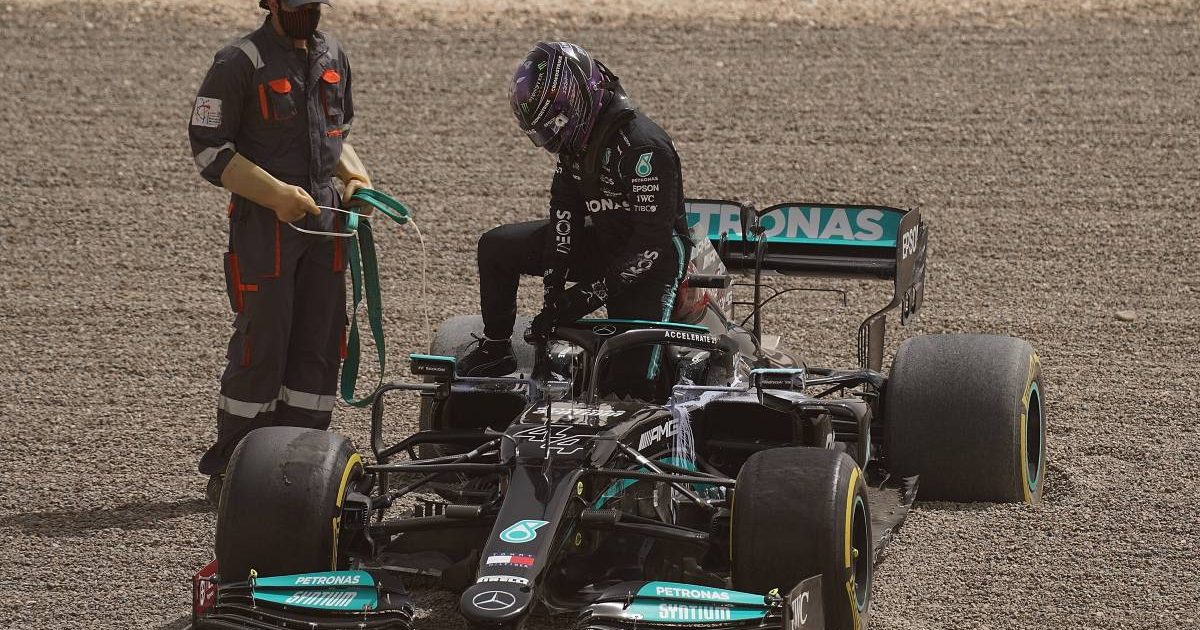 After Valtteri Bottas was restricted to only six laps in the first session of F1’s initial timed running of 2021, the W12 had to be transported back to the garage under covers after Hamilton lost the car at Turn 13 and could not rejoin the track.

By that point, the seven-time World Champion had added 35 laps to the 42 he had completed on Friday afternoon and although it is never wise to put too much store in recorded times, Mercedes were nowhere near their customary place at the top of the standings.

There had been no previous signals of anything wrong with the car but on another windy morning, another concern for Mercedes did emerge when the gearbox problems that had kept Bottas in the garage 24 hours earlier appeared to have also surfaced at their customer team Aston Martin.

It was Sebastian Vettel who was sidelined for much of the session, which led to the halfway point of testing, replicating the six laps the Finn had managed as he took an early lunch with barriers around the Aston Martin garage while the mechanics worked to resolve the issue.

Bringing this back for all those who are missing Seb and the #AMR21 as much as we are. 🥺 https://t.co/LPwjHFfUtC

Hamilton eventually reappeared on track after a 78-minute absence and Vettel finally made it back out with less than 10 minutes remaining, although his late running – which included a lock-up that led to him running wide – was curtailed when the red flag came out early to allow practice starts from the end of the pit lane and a formation lap.

But while Mercedes and Aston Martin were experiencing problems, other teams were gathering plenty of valuable data that should stand them in good stead for the opening race of the 2021 season back at the same venue a fortnight from now.

McLaren, and their new driver Daniel Ricciardo, have made a particularly strong start and the Australian was top of the timesheets for much of the session as the early indications looked promising for the team’s new Mercedes engine.

Alpine clocked up 129 laps through Esteban Ocon on a very positive Friday for the team and the good work continued with Fernando Alonso at the wheel, the Spaniard clearly showing no ill-effects from his recent cycling accident which left him with titanium plates in his jaw.

The two-time former World Champion had every reason to be pleased with the pace and reliability of his car with 59 laps and the second fastest time as he returns to the sport following two years away.

However, for all of the plus points, there were also niggles for other drivers and teams, in particular Carlos Sainz and Nicholas Latifi who joined Hamilton spinning off the circuit, but in their case able to keep going.