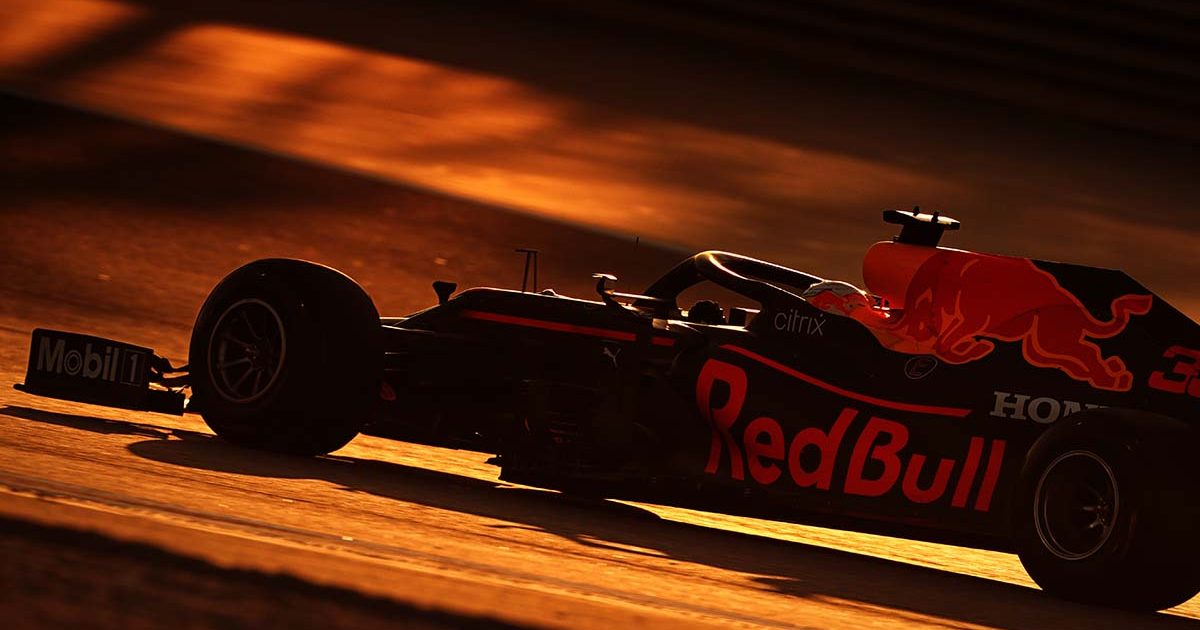 F1 2021 testing is officially in the books with Max Verstappen finishing top of the timesheet after a late flurry of track action in Bahrain.

As the sun went down in the Sakhir desert, so too did the lap times with Max Verstappen and Red Bull sparking somewhat of a ‘Happy Hour’ as teams switched their attentions to some higher performance and softer tyre runs.

The Dutchman was the first of what was an 18-strong field on the final day of testing to drop into the 1:29 benchmark when testing out some of Pirelli’s prototype tyres and he, AlphaTauri’s Yuki Tsunoda and Alfa Romeo’s Kimi Raikkonen soon followed with the trio becoming engaged in a little battle for the P1 spot.

But it was Verstappen who ultimately came out on top as he ramped up the pace by posting a 1:28.960 on the soft C4 compound, sending a little reminder perhaps to Mercedes that they may just have some strong competition heading into what will be Honda’s last season in Formula 1.

With Red Bull out on top and Tsunoda finishing just 0.093s behind, albeit on the softest C5 tyres, it will no doubt see the likes of Christian Horner, Helmut Marko and co leave the circuit with smiles on their faces.

It was another positive day overall for the Mercedes team, who continued their recovery from a tough opening day in Bahrain.

Valtteri Bottas and Sir Lewis Hamilton added over 130 laps to the Silver Arrows’ tally, but a second spin in two days for the reigning World Champion served as another reminder that the balance of the new W12 still needs to be properly addressed.

Lewis heads out for a qualifying run, but spins on the final corner 🔁#F1 #F1Testing pic.twitter.com/W47XMYqbzG

Customer team Aston Martin also suffered more disruption for a second consecutive day with Sebastian Vettel forced to miss more valuable track time with his new car due to what the team described as a ‘loss of boost pressure’.

An early finish for #SV5 due to a loss of boost pressure. We are investigating further but unfortunately that’s a wrap for our test.

While Vettel and Lance Stroll finishing bottom of the Day 3 timesheet will be of no concern to the team formerly known as Racing Point, the same cannot be said for their reliability heading into the season-opening Bahrain Grand Prix in two weeks.

There was also a minor delay at Ferrari as Carlos Sainz experienced a hydraulic issue in the second session, but he was able to return to action with 30 minutes left on the clock and managed to propel his SF21 up into third spot. Sainz provided one more late moment of drama as he came into contact with Raikkonen in the closing stages…clearly very eager to go racing.

A close call between Sainz and Raikkonen as the chequered flag falls on testing 👀#F1 #F1Testing pic.twitter.com/Kp30MSy9bD

Elsewhere, George Russell (P6) completed a mammoth 150+ lap session in what was his first and only day inside the FW43B while Daniel Ricciardo, Sergio Perez, overcoming a leak on the RB16B to set the early pace, Fernando Alonso and Charles Leclerc rounded off the top 10.

McLaren tried their best to keep themselves off the radar with P7 and P11 finishes on the final day, but their clever workaround with regards to the new diffuser is catching plenty of attention. Another major sign of encouragement is what appears to be a perfect implementation of the new Mercedes power unit following their switch from Renault power.

As the dust settles following three days of action in Bahrain and the stats are pored over, the wait now begins as to whether Red Bull can carry the momentum forward into the season opener against what appears to be a Mercedes team that has a whiff of vulnerability.