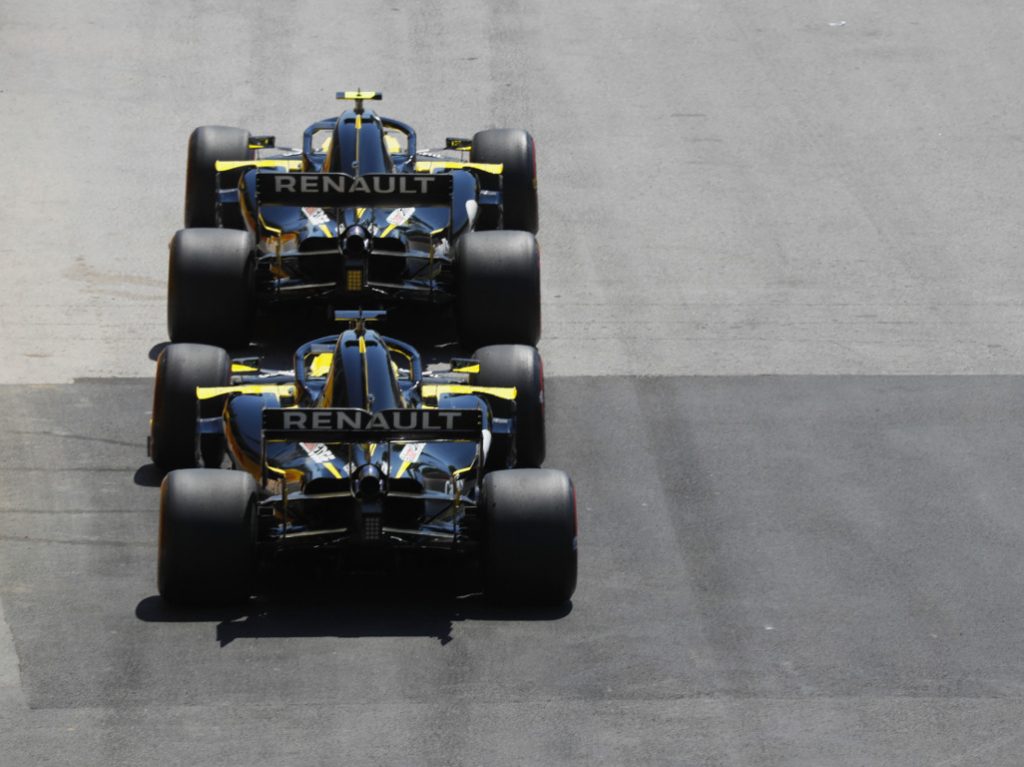 Renault advisor and board member Alain Prost believes the team’s strong points haul at Monza relieved them of mounting pressure.

The French manufacturer proved a surprise package over the Italian GP weekend with Daniel Ricciardo qualifying P4 before finishing there in the race with team-mate Nico Hulkenberg taking P5.

That result landed Renault 22 points, taking them up to P5 in the Constructors’ Championship and putting them back in the battle with McLaren.

After scoring only fifteen points as a team since the Canadian Grand Prix back in June the pressure was beginning to mount, but after the Italian GP which also saw the debut of Renault’s Spec C power unit, Prost believes some of the pressure has been eased.

“We had a few races where we missed big points, big opportunities,” the four-time world champion told Motorsport.com.

“There was Monaco, and Spa also, because the pace was good but we lost everything at the start. When you have these kinds of races and problems you get some more pressure.

“Obviously it’s not easy, so we had to get some good points, and fourth and fifth is fantastic. We can’t do better, anyway. It’s very good team, because there’s a lot of work, a lot of pressure, and they deserved this result.

“The pressure is also because we have to be honest, the power was not at the level that we thought we could be this year. We knew that we could not catch the top three anyway. At the moment we are a little but like this, like today we are where we should be, trying to understand step-by-step.

“You have an objective and if you’re not close to the objective, you put yourself under more pressure, which is not very good, because at the end of the day we are still trying to build the team.”

Ricciardo expressed his gratitude to Renault’s engine department in France after his P4 in Monza, sentiments echoed by Prost.

“On the engine side we proved that it was much, much better, a big improvement, on the chassis side we still need to work hard,” he explained.

“Especially when you have a certain philosophy of car it’s very difficult to change big things in the year. That’s still the main point we have to focus on.

“The Viry people have done an unbelievable job this year, if you remember where we are, and we never hid that we were behind, getting the performance and reliability at the same time is really exceptional.”

Next up is the Singapore Grand Prix, but Prost says he doesn’t know what level of performance to expect at that race, or the following Russian Grand Prix.

“There are some races that are better for us – low downforce is better for us, for sure, when the engine is important is also good for us, which wasn’t the case in the past.

“We don’t know about races like Singapore and Russia, we’ll see where we are. Let’s see what we can do, we’ll bring a few other things, so maybe better than we expect.”