Home News Qualifying P7 ‘quite a surprise’ for Perez 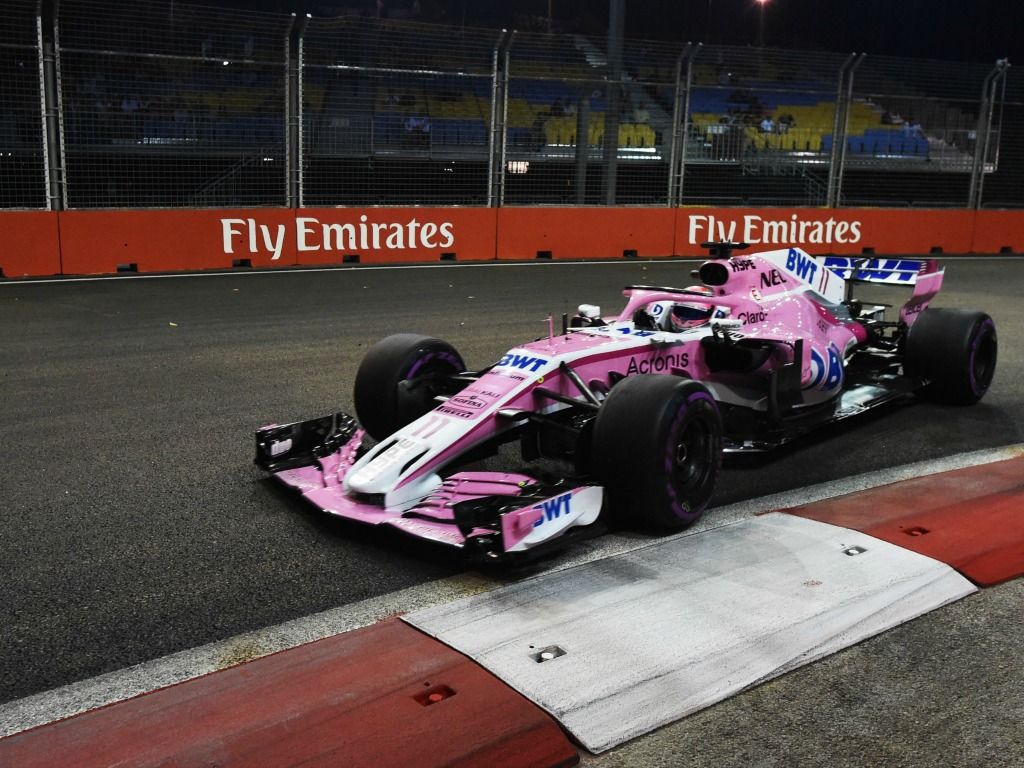 Sergio Perez was surprised at the pace that his Force India has around the streets of Singapore, as the Mexican qualified in P7.

Perez qualified as the ‘best of the rest’ behind the top six, while team-mate Esteban Ocon managed to get his pink panther into P9 on the grid for Sunday’s race.

“Yeah, it was quite a surprise for us, you know. We were not expecting this amount of pace,” Perez admitted after qualifying.

“We definitely brought an upgrade but to put four tenths on the Haas and Renault. Four and six tenths is definitely a great lap.

“It just came all together. It was a very strong lap and to get such a perfect lap around here is never easy, you put a lot of stress on the tyres so the team did a fantastic job today.”

Since their exclusion from the Constructors’ Championship as Sahara Force India, the new team has been on fire.

The new entity, Racing Point Force India, started on zero points after the summer break, but the team is already up to P7 in the teams’ standings.

“The last two races we have been the ‘best of the rest’ with both cars so hopefully tomorrow [will be the same],” the Mexican continued.

“We have a very long race ahead and a lot of things can happen so I will be very pleased if we can score good points with both cars.

“With the performance we have shown today it is very impressive.”

It was not all good news for the team on Saturday, as they were given a third fine of the season for an unsafe release.

After being punished in Spain and France, this time the stewards gave them a €5,000 fine for the unsafe release of Esteban Ocon.

The Frenchman performed a burn out to lay rubber in the pit box, but proceeded to almost move into the fast lane where Kevin Magnussen was approaching.