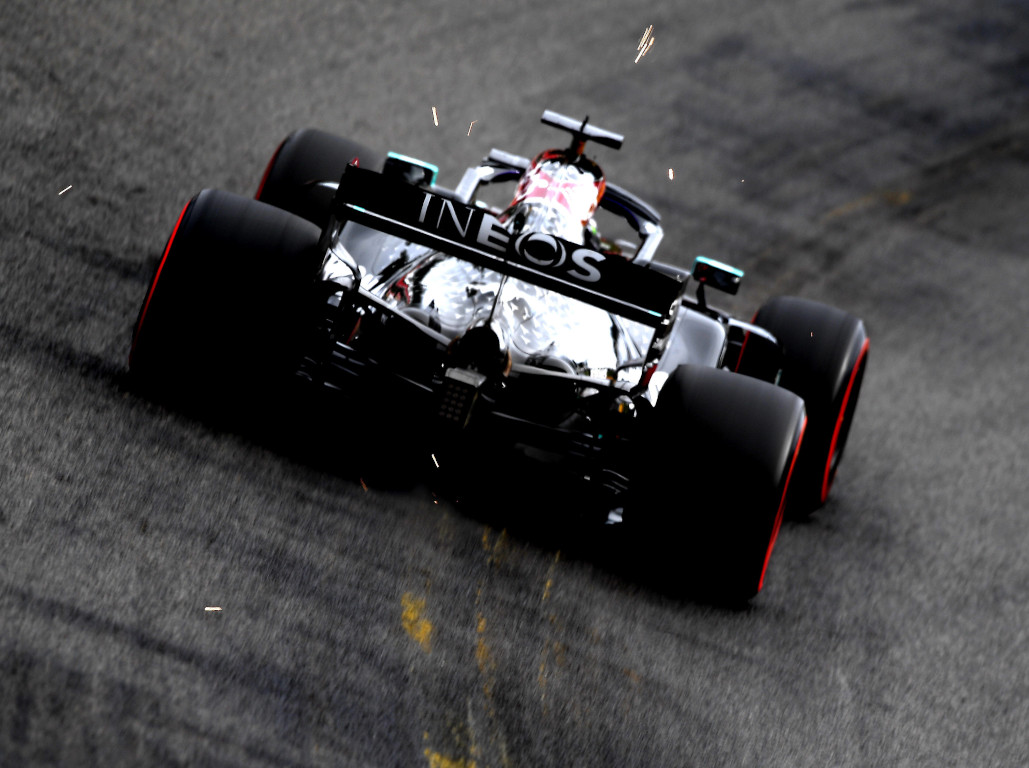 Lewis Hamilton clinched his 93rd pole position and did so by half a second over the sister Mercedes in qualifying for the Belgian GP as Ferrari’s day ended in Q2.

The forecast rain did not materialise, paving the way for a rather simple 1-2 for Mercedes as the Brackley squad enjoyed its final ‘party mode’ hurrah.

One team that didn’t have a party of any sort, it was more of a wake, was Ferrari, last year’s front row team.

Finishing 17th and 20th in final practice it was evident that Ferrari would struggle in qualifying, and they did.

Sebastian Vettel and Charles Leclerc sneaked through into Q2 with the Monégasque driver saved by a late off from Kevin Magnussen, which prevented the Haas driver from featuring inside the top 15.

Magnussen dropped out in Q1 along with Kimi Raikkonen, Romain Grosjean, Antonio Giovinazzi and Nicholas Latifi.

Q2, though, is where Ferrari’s qualifying ended.

While Hamilton and Bottas claimed the 1-2 in Q2 ahead of Alexander Albon and Verstappen, who ran the medium tyres, Leclerc finished qualifying in 13th place with Vettel P14.

“F*** there was not much more I can do,” was Leclerc’s assessment, adding that he was “quite happy” with his lap. But clearly not with his lap time.

The Scuderia team-mates dropped out along with Daniil Kvyat, Pierre Gasly and George Russell.

When all you can do is laugh…#BelgianGP 🇧🇪 #F1 pic.twitter.com/FAxndBxeNq

Heading out for Q3 and the pole position shoot-out, Hamilton went for the slow out-lap as he tried to keep life in his tyres while balancing that against warming them up.

Hamilton, using “party party mode”, posted a 1:41.451, a new track record, to sit on provisional pole by almost six-tenths ahead of Bottas, who had been able to use Verstappen for a bit of a slipstream.

Daniel Ricciardo, despite an earlier brake-by-wire problem, was third after the first run ahead of Verstappen, Albon and Carlos Sainz.

Mercedes went out one after the one for the second run with Hamilton leading Bottas with Renault doing the same, Ricciardo behind Ocon, and Red Bull following suit with Albon leading Verstappen as teams tried to bring the slipstream into play.

Hamilton, though, was too quick for Bottas and dropped his team-mate in the first sector. The Brit upped his overall pace, and the lap record, to a 1:41.252.

Bottas responded with a 1:41.763 but that was half a second down on Hamilton’s best.

Verstappen moved up to third, 0.015s down on Bottas, while Ricciardo dropped to fourth and aborted his final hot lap.

Albon finished qualifying in fifth place ahead of Ocon, Sainz and Sergio Perez.