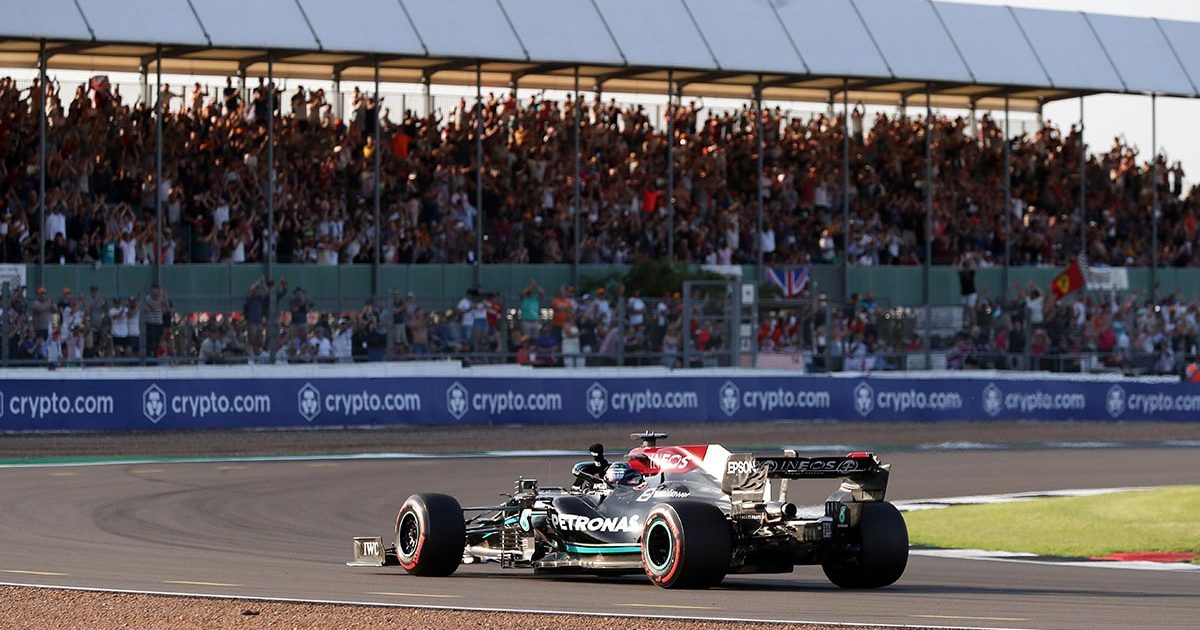 Lewis Hamilton will start the British Grand Prix’s sprint qualifying from P1, but not pole position, after topping qualifying on Friday evening.

Formula 1’s experimental sprint qualifying weekend continued at Silverstone with a traditional three-part qualifying but in the unusual time slot of Friday evening, and unusually with only soft Pirellis available – five per driver.

The qualifying tussle between title protagonists Max Verstappen and Hamilton started early in Q1 with the Red Bull driver laying down a marker, four-tenths faster than the reigning World Champion. And he did even while making a mistake. “Well caught” was the verdict from Christian Horner on the pit wall.

Hamilton put in a second run to close the gap but was still shy of the Dutchman’s time, this time 0.035s down.

Charles Leclerc did not catch his mistake, off the track at Club corner where he made use of the expansive run-off area. He made it through with the third fastest time.

Nikita Mazepin was another driver having issues as he spun his Haas. He did not progress, out along with Yuki Tsunoda, Kimi Raikkonen, Nicholas Latifi and Mick Schumacher.

Q2 began with more of the same at the front as Verstappen hit back at Hamilton’s P1 time, going a tenth quicker than the Brit.

Behind them Leclerc wasn’t a happy Ferrari driver in eighth place, telling his team that he needed “a slipstream, guys” to get through to Q3. Sergio Perez was also keen on getting a tow.

Verstappen and Hamilton joined the other 13 drivers in heading out for a second run, and this time it was the Mercedes driver who came out on top with a 1:26.023. That put him 0.3s up on Verstappen.

George Russell put in an epic lap to go seventh fastest, into Q3 for the second grand prix in succession.

HE’S ONLY GONE AND SENT IT INTO Q3 AGAIN!!! pic.twitter.com/psSMRTaqhK

With one P1 apiece in qualifying, Hamilton and Verstappen went into Q3 with it all to play for, and no idea who would come out on top.

Hamilton drew first blood, two-tenths up on Verstappen. The championship leader was not happy with the adjustments that had been made to his RB16B and let Red Bull know.

Sebastian Vettel found himself without a lap time on the board, his time deleted for going over track limits at Stowe, while Russell – to huge applause from pretty much everyone in the grandstands and probably in the pits as well – went P7.

Heading out for a second run Hamilton went purple in the first sector and purple in the second, but made a mistake in the third meaning he wasn’t able to improve. Verstappen was able to – but not enough to beat Hamilton who will start the sprint qualifying from the front of the grid.

Valtteri Bottas was third ahead of Leclerc, Sergio Perez, who lost a time for track limits, Lando Norris, Daniel Ricciardo and Russell. Sainz and Vettel were ninth and tenth.