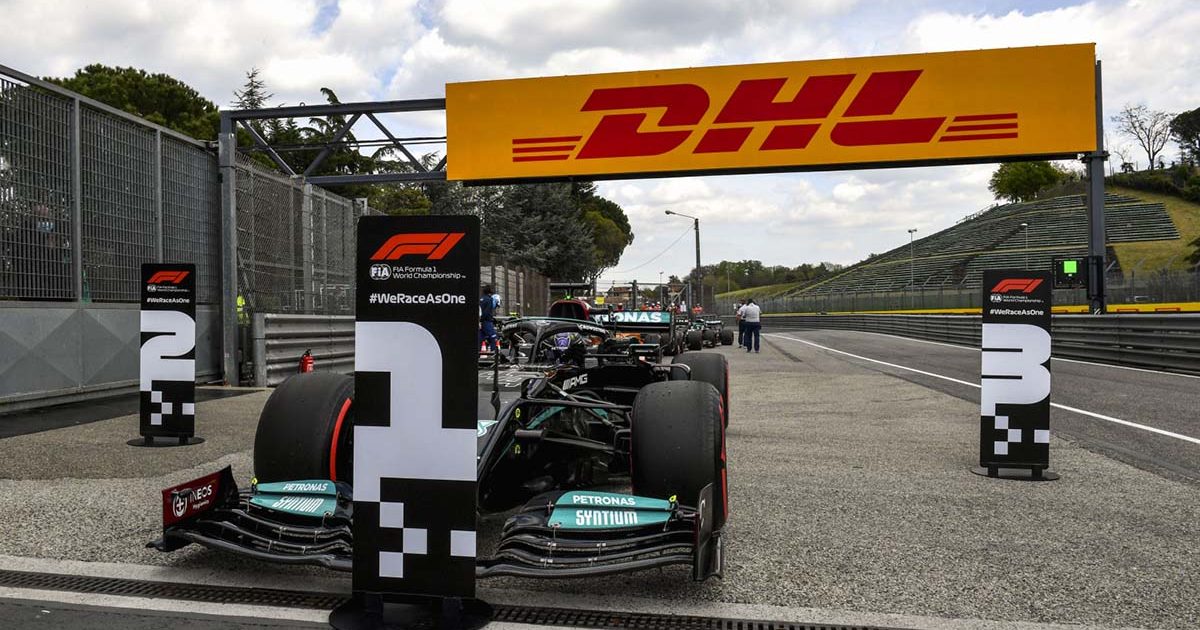 Lewis Hamilton has put his Mercedes on pole position for the Emilia Romagna GP as Sergio Perez shone for Red Bull.

After losing pole position in Bahrain to Max Verstappen, Mercedes went away from the Sakhir circuit determined to improve their one-lap pace.

The hard work paid off at the Imola circuit.

Hamilton took pole position with a 1:14.411 putting him 0.035s ahead of Sergio Perez with Max Verstappen third.

It's the 99th pole position of his career 🤩

AlphaTauri rookie Yuki Tsunoda blotted his copybook as he crashed in Q1.

On the back of his points-scoring finish in Bahrain, Tsunoda went from hero to the barrier as he crashed his AlphaTauri on his first flying lap. The rookie driver lost the rear through Turn 15, spun and rear-ended the barrier. His AT02 suffered heavy damage.

“He’s OK but the car is not,” was the word from the AlphaTauri pit wall when Pierre Gasly checked in on his team-mate.

He wasn’t the only driver in trouble in Q1 with George Russell taking a trip through the gravel, Sebastian Vettel having an off and Sergio Perez and Pierre Gasly amongst those who had lap times deleted for exceeding track limits.

There was a lot less drama in Q2 in terms of crashes but not when it came to track limits. Vettel and Gasly both lost their first times with the AlphaTauri driver popping up into P9 on his second lap with Vettel opting to pit without a time, putting the pressure firmly on his shoulders to deliver in one lap. He went P7 on the lap but fell to P13 as others improved.

Perez, using the soft tyres to Max Verstappen and Mercedes’ mediums, led the way ahead of Lando Norris. Out went Carlos Sainz, Russell, Vettel, Nicholas Latifi and Fernando Alonso. With Esteban Ocon into Q1, Alonso was beaten an F1 team-mate in qualifying for the first time since the 2017 Malaysian GP.

He pips Norris to the head of the timing pages by just 0.002s#ImolaGP 🇮🇹 #F1 pic.twitter.com/IG0uJO4lqg

Q3 saw the battle of Verstappen versus Lewis Hamilton that fans had been waiting for with the Brit taking provisional pole with a 1:14.111, 0.091s up on the Red Bull driver. Perez was third ahead of Norris.

Lance Stroll was the only driver to miss out on a lap time in the first run, the Canadian running wide and losing his time for a track limit violation. As it had been with Vettel in Q2, the pressure was on the Aston Martin driver in his final run.

Bottas, Hamilton, Perez and Verstappen were the final four drivers to cross the line, keeping the suspense going until the final metre.

Bottas didn’t improve, neither did Hamilton but he still sat on provisional pole with his earlier time. Norris jumped up to second but had his time deleted so fell back down. Then came Perez, up to P2 while Verstappen wasn’t able to beat his team-mate never mind Hamilton.

Hamilton took pole by 0.035s ahead of Perez, his first front row slot, with Verstappen third ahead of Charles Leclerc, Gasly and Ricciardo.