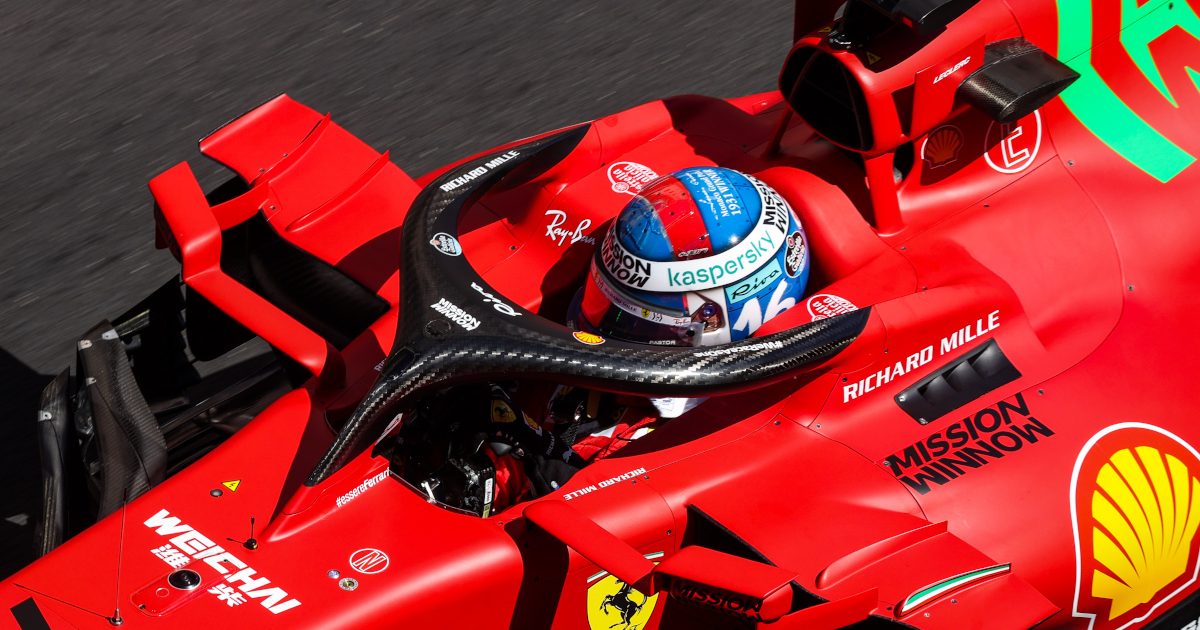 Charles Leclerc grabbed the upper hand for the Monaco GP, putting his Ferrari on pole position, only to crash and guarantee his P1.

Unless, of course, his Ferrari needs a new gearbox.

After Ferrari, Red Bull and Valtteri Bottas battled for the top spots in the first two segments it was Leclerc who came to the fore in the all-important pole position shoot-out.

He clocked provisional pole only to wreck his Ferrari on his second run, preventing his rivals from challenging his P1.

As things stand Max Verstappen will start P2 with Valtteri Bottas third on the grid.

Lewis Hamilton missed out on a front row slot for the first time this season, seventh fastest.

Qualifying began with just 19 drivers in the mix after Mick Schumacher was ruled out of the session. The Haas rookie crashed heavily at Casino Square late in FP3, wrecking his VF-19.

“Unfortunately Mick won’t compete in this afternoon’s Monaco GP qualy session, due to chassis damage sustained in the FP3 accident,” the team said on Twitter.

That meant just four drivers were in line to drop out at the end of Q1.

After 18 minutes of frantic traffic activity, and while Mercedes, Ferrari and Red Bull fought to be P1 – Valtteri Bottas at least seeming to find something after struggling in the practice sessions, the four who dropped out were Yuki Tsunoda, Fernando Alonso, Nicholas Latifi and Nikita Mazepin.

P1 and P7 and the boys head into Q2. 👌 Valtteri top of the timesheets, LH struggling to hook up a clean lap yet. pic.twitter.com/da1tY0rFlL

Q2 was a repeat of Q1 at the front with Red Bull, Ferrari and Mercedes mixing it up, just a different order with Charles Leclerc coming out on top with a 1:10.6. Lewis Hamilton was still the one of the top six struggling, his time half a second down on the leading Red Bull.

Told by his McLaren engineer that he had made good progress compared to practice, a disappointed Ricciardo responded: “Yeah, I um. OK. I don’t have much of an answer at the moment. Thanks.”

Max goes P1 after flirting with the barriers at Tabac#MonacoGP 🇲🇨 #F1 pic.twitter.com/3tzbkIjY3x

Despite reducing the field to 10 cars for Q3 there was still traffic around the streets of Monte Carlo as, as has become the norm, all 10 left the pits at the same time.

Max Verstappen immediately laid down his marker, a 1:10.576, only for Leclerc to move beat that by 0.230s to sit on provisional pole after first run. Bottas third, Hamilton P7.

On his second run, Hamilton kissed the barrier at Portier but Leclerc went one better, wrecking his Ferrari at the Swimming Pool.

The local lad hit the barrier hard, causing major damage to the right side of his SF21. Ironically that crash guaranteed him pole position as with 18s on the clock and the session red flagged, no one could beat his time.

Verstappen had to settle for second ahead of Bottas with Hamilton down in seventh place, missing out on the front row for the first time this season.

Carlos Sainz was fourth ahead of Lando Norris, Pierre Gasly and Hamilton.

Vettel, into Q3 for only the second time this season, qualified eighth ahead of Pierre Gasly while Sergio Perez was ninth and Antonio Giovinazzi handed Alfa Romeo their first Q3 showing of this season. He finished 10th fastest.

* did not qualify but has the stewards’ permission to race