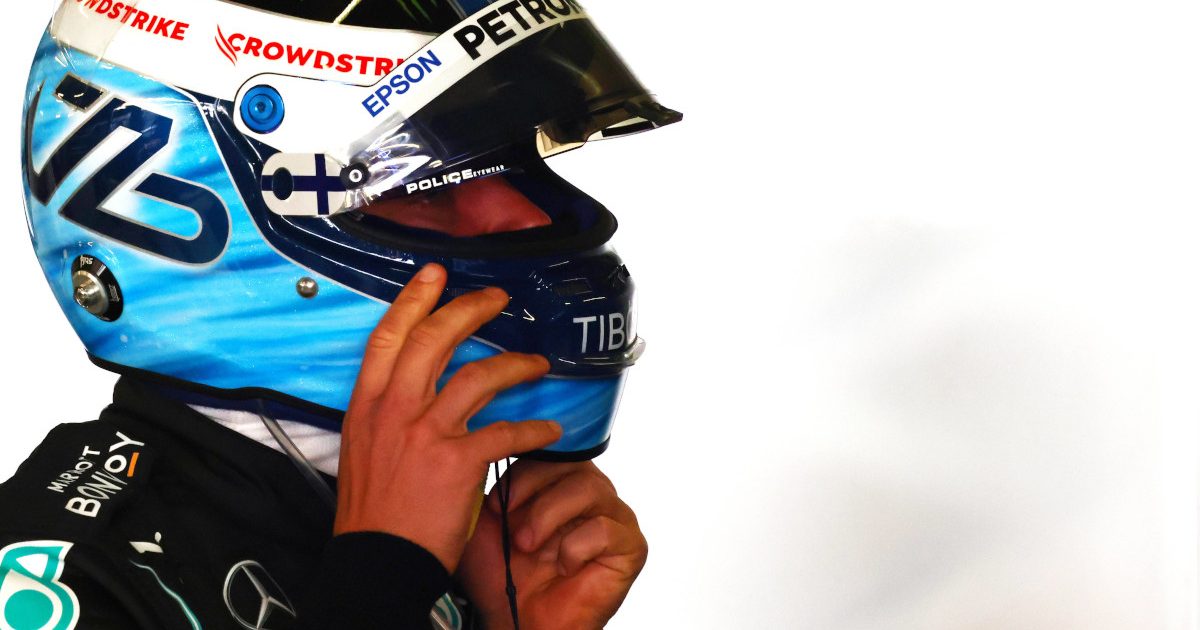 Valtteri Bottas has made Lewis Hamilton wait for his 100th pole position, the Finn beating his World Champion team-mate by 0.007s in Portugal.

In the end, though, it was Bottas who pipped them both, taking pole position by 0.007s ahead of Hamilton.

Verstappen will line up third having had his opening time in Q3, which would have put him on pole, deleted for a track limit infringement.

There was a brief moment of concern at Mercedes with Valtteri Bottas’ W12. The team changed an engine sensor and he was on his way and heading into qualifying.

With Bottas quickest overall with eight minutes to go in Q1 with a 1:19.2, his team-mate Lewis Hamilton had his opening lap time – a 1:18.7 – deleted for exceeding track limits. He joined a growing list that included Charles Leclerc, Kimi Raikkonen and Nikita Mazepin.

Hamilton, Leclerc and Raikkonen all made it through but Mazepin did not, once again slowest of all in qualifying. He dropped out along with Daniel Ricciardo, Lance Stroll, Nicholas Latifi and Mick Schumacher.

Bottas was quickest with a 1:18.722, finishing ahead of Lando Norris and Hamilton while Sergio Perez, despite a spin through the gravel at Turn 4, also made it through.

Checo slides into the gravel but he's out again and currently P3 in the Q1 standings#PortugueseGP 🇵🇹 #F1 pic.twitter.com/40hLT3qlVr

Q2 saw Hamilton and Verstappen head out on the medium tyres with Bottas on the softs. That didn’t stop Hamilton from going P1, a 1:17.968. That put him half a second up on Bottas. Vertappen could only manage P5.

Ferrari also opted for the mediums for Charles Leclerc with Carlos Sainz on the softs but the team-mates were in jeopardy of dropping out, P8 and P9 with two minutes to go. They improved with George Russell missing out on Q3 by 0.05s.

He dropped out along with Antonio Giovinazzi, Fernando Alonso, Yuki Tsunoda and Kimi Raikkkonen.

P11 for @GeorgeRussell63 just 0.05s from getting through to Q3. Great effort GR 👏 pic.twitter.com/fnmNouMunX

Q3 and it was up to 10 men, although one could say realistically three, to decide pole position. Leclerc had just one request of Ferrari: “Don’t send me out with too much traffic!” Alas qualifying and traffic go hand-in-hand.

Verstappen, Hamilton and Bottas traded purples with the Red Bull driver doing a 1:18.209 only to lose that for track limits. Bottas went top with a 1:18.348 to sit on provisional pole, 0.007s up on Hamilton. Sergio Perez was third ahead of Sainz. Verstappen pitted without a time on the board.

Heading out for a second run, Verstappen went with the soft tyres while the Mercedes team-mates opted for the mediums. Verstappen, though, fell short, his time only good enough for P3. That left it to Bottas and Hamilton to decide pole position.

Hamilton was half a second down after the second sector with Bottas not even bothering to complete his lap, taking pole position with a 1:18.348. Hamilton was second ahead of Verstappen and Perez.