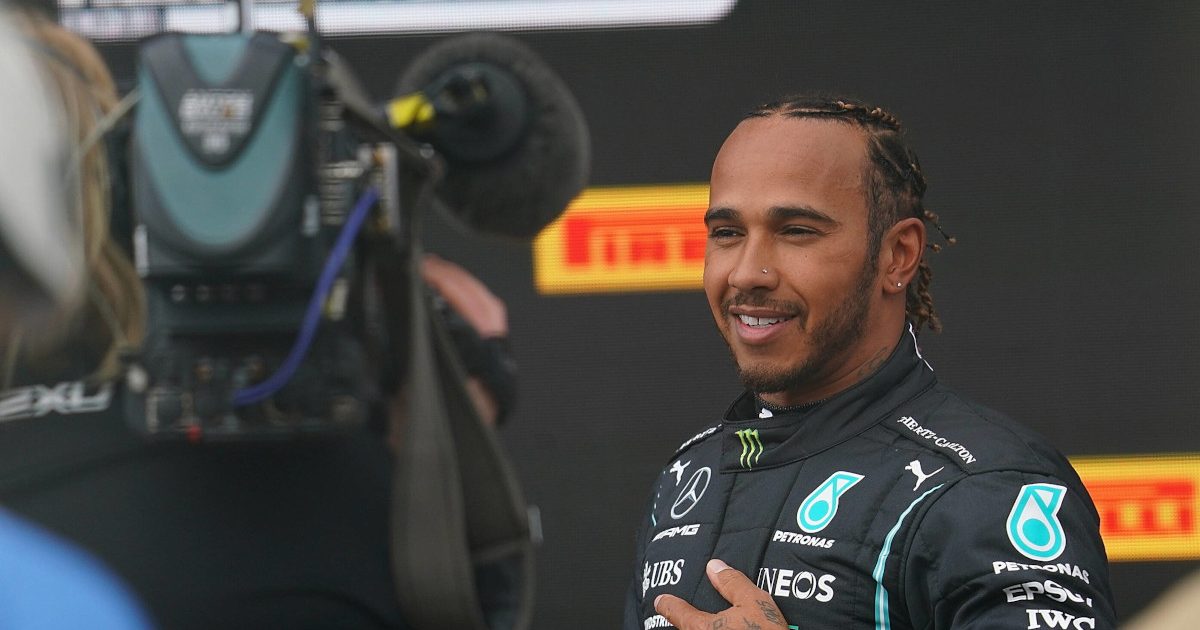 Lewis Hamilton made history on Saturday, coming from behind in qualifying to clinch his 100th F1 pole position at the Spanish Grand Prix.

Putting in the laps at a track where he won by 24s last season, the Mercedes driver clocked a 1:16.741 to bag pole position.

That meant he became the first driver ever to reach triple figures in pole positions.

Hamilton broke the record for the most poles back in 2017, dropping Michael Schumacher to second with his 68, and Ayrton Senna third with 65.

Max Verstappen was second in qualifying, 0.036s down, with Valtteri Bottas third.

Friday belonged to Mercedes before Max Verstappen threw out the sandbags and went a quarter of a second quicker than Lewis Hamilton in Saturday’s FP3, setting the stage for a thrilling battle between the title rivals for pole position.

Building the tension, there was a 10 minute wait for qualifying to begin as marshals repaired the barriers at Turn 9, which had been damaged in a crash during a support race.

For the second week in a row Valtteri Bottas reminded the title protagonists that he wasn’t going to fall back quietly, setting the early pace in Q1 ahead of Verstappen on the mediums.

Traffic proved problematic especially in light of the FIA directive preventing drivers from using the old track at Turn 13 to get out of the way of drivers on a hot lap.

Lando Norris had to weave his way around three cars through the chicane, with the stewards noting the incident. He was P13 after his first run and in danger of dropping out.

Norris made it through on his second run, quickest of all in Q1 with a 1:17.821. Out went Yuki Tsunoda, Kimi Raikkonen, Mick Schumacher, Nicholas Latifi and Nikita Mazepin.

Tsunoda wasn’t happy. “I can’t f***ing believe this car!” he yelled after his exit.

Q2 saw Verstappen hit the front with a blistering 1:16.922 on the soft tyres, putting him 0.220s up on Bottas. Hamilton was third, a further 0.024s down. All three drivers running the soft tyres.

George Russell’s run ended in Q2, as has become the norm this season, the Williams driver P15. He went out along with Lance Stroll, Pierre Gasly, Sebastian Vettel and Antonio Giovinazzi.

P13 for Sebastian in qualifying at @Circuitcat_eng 🏁

📻 | Seb: "The last set didn't feel great. Got a lot of issues with the front".#SpanishGP 🇪🇸 #Vettel pic.twitter.com/cLvdzSgJo7

With Verstappen into the 1:16s in Q2, the gauntlet had been thrown down in his pole position battle with Hamilton, and also Bottas who was the quicker of the Mercedes drivers in Q1 and Q2.

Sergio Perez added a bit of drama to Q3 as he spun while Hamilton and Verstappen were both on their first flying laps, bringing out the yellow flags.

The flags were cleared before Hamilton and Verstappen came through, Hamilton quickest with a 1:16.741, Verstappen P2,0.036s off the pace, while Bottas was third. Perez pitted without a time on the board.

Esteban Ocon, Carlos Sainz, Daniel Ricciardo and Charles Leclerc were separated by 0.13s in the battle for best of the rest.

It all came down to the drivers’ second run with Verstappen overtaking cars to sit behind Bottas on the track.

Hamilton did not improve on his time, neither did Bottas, leaving it to Verstappen. But he too couldn’t find more pace with Hamilton taking his 100th Formula 1 pole position. The first driver ever to reach triple figures.

Verstappen qualified P2 ahead of Bottas and Leclerc, one of the few drivers to improve on his second run.