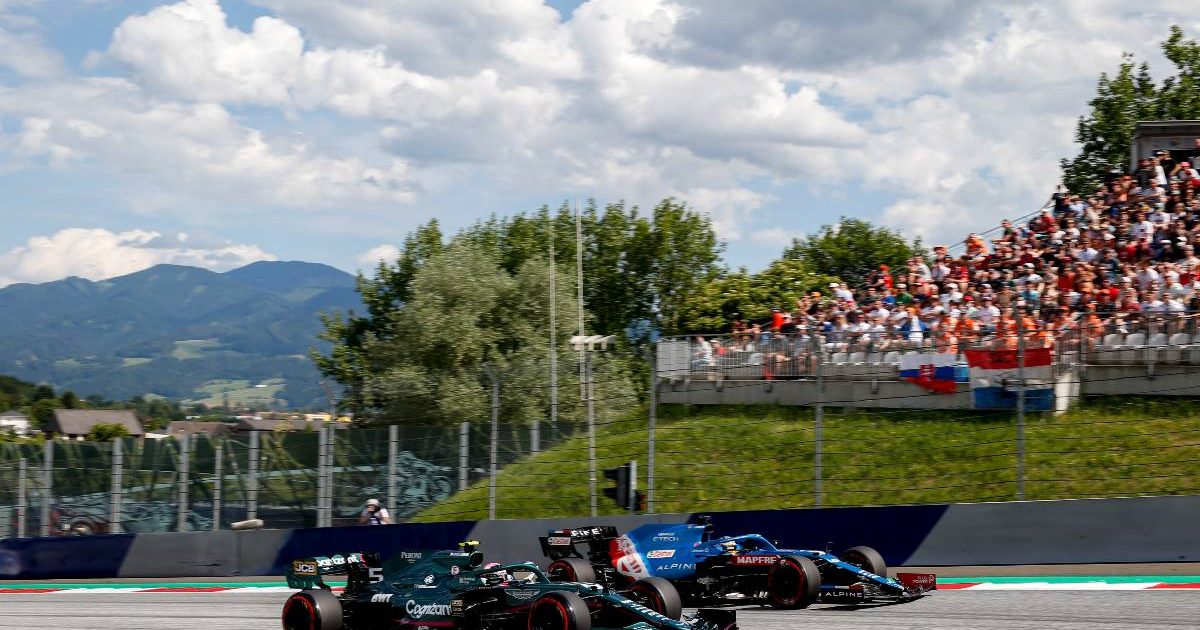 Formula 1 designer Gary Anderson has called for the sport to introduce maximum sector times in qualifying to solve traffic issues.

Such issues reared their head again last time out in Austria, with Fernando Alonso missing out on Q3 after being blocked by Sebastian Vettel at the final corner during his flying lap.

The German himself had slowed down to get some space for his own lap as other cars ahead of him were doing the same and backing him up.

Similar incidents have taken place a number of times in recent years and Anderson, designer for the Jordan and Stewart F1 teams, thinks a maximum sector time – the fastest time for each sector multiplied by a percentage – needs to be introduced to address it.

“The sector times could be each car’s individual sector time or it could be those of a midfield car and not the fastest, otherwise the Haas drivers would be flat out on their warm-up laps,” he said in a column for The Race.

“But it does need to be done as sector times rather than the whole lap time to stop the drivers cruising around the last corner. Circuits like Silverstone are okay because it’s so open, but at somewhere like the Red Bull Ring it’s downright dangerous.

“Obviously, when a car leaves the pits it doesn’t trigger the start of section one which is at the start-finish line, but it does trigger the pit exit speed line, so if the same section one time was used times the 1.07 factor it would give the driver a little more time to sort out their track position in that first sector.

“I have used the 1.07 factor because it relates to the 107% rule that exists to ensure a car/driver combination is fast enough to compete in a race. But this percentage could be anything, so can be fine-tuned.

“Having such a rule would dramatically reduce the scope for the cars to more or less stop before they start their fast laps and also prevent cars running slowly on the racing line on an in-lap or to cool their tyres.”

Another talking point in Austria was penalties, with Lando Norris and Sergio Perez both penalised – unfairly in the eyes of many – for forcing another driver off the track when defending.

Anderson feels such penalties were excessive and wants the sport to take a more lenient approach.

“Other than the drivers that might just have benefited from penalties for the other drivers, I don’t think any of those on the grid would agree with the penalties handed out,” he added.

“The FIA should just wipe the slate clean, remove any precedents that have been set and agree that rubbing is racing.

“It might not do anything, but at least it will show that F1 is willing to make changes to find solutions to the problems that are visually so obvious, as opposed to some thinking ‘their’ driver or team is victimised more often than others.

“If nothing is done, the same controversy will rear its ugly head more or less every race weekend.

“We, and I include the teams and drivers in that, want consistency, and for that things need to be defined in black and white.”