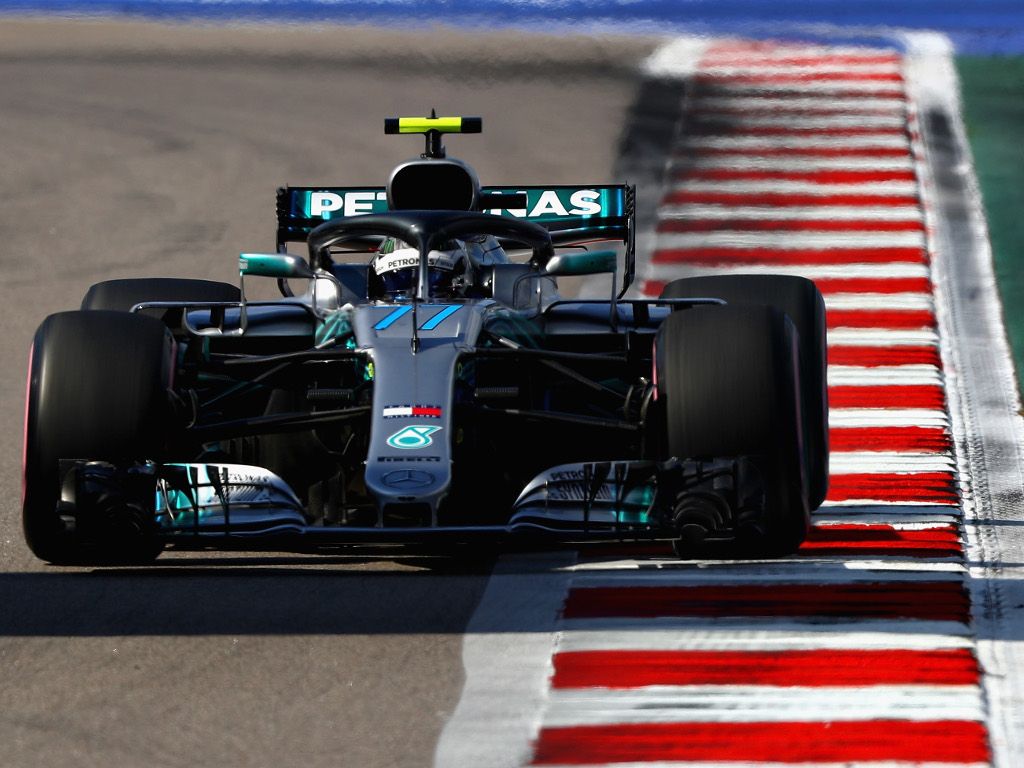 Valtteri Bottas put an end to Lewis Hamilton’s charge to an 80th pole position, grabbing the coveted grid slot by 0.1s in qualifying for the Russian GP.

Qualifying got underway with five drivers; Fernando Alonso, Pierre Gasly, Brendon Hartley, Daniel Ricciardo and Max Verstappen; facing grid penalties. Fans were facing the prospect of all of them not even bothering to run in Q1.

Thankfully they did although for Alonso and Hartley it was a quick afternoon of work as they did not make it out of Q1. They were joined on the sidelines by Sergey Sirtokin, who spun and tagged the barrier, Stoffel Vandoorne and Lance Stroll.

Ricciardo, Verstappen and Gasly made it into Q2, however, none of the three left the pits. They dropped out along with Carlos Sainz and Nico Hulkenberg, who for an undisclosed reason also did not run in the session. Speculation is that Renault want to have freedom of tyre choice come Sunday.

Mercedes and Ferrari both used the more durable ultrasoft tyre in Q2 meaning that is the tyre they will start the race on. The rest of the top-ten will use the hypersofts.

Into the top-ten shoot-out and it was all about Hamilton and that 80th pole position milestone. He was quickest in Q1 and again in Q2 but it all fell apart in Q3.

On their second run it appeared as if Hamilton would pip Bottas after a brilliant first sector only for a mistake in the second to cost him more than a second.

Sebastian Vettel was third fastest ahead of his team-mate Kimi Raikkonen while Kevin Magnussen was best of the rest in fifth.