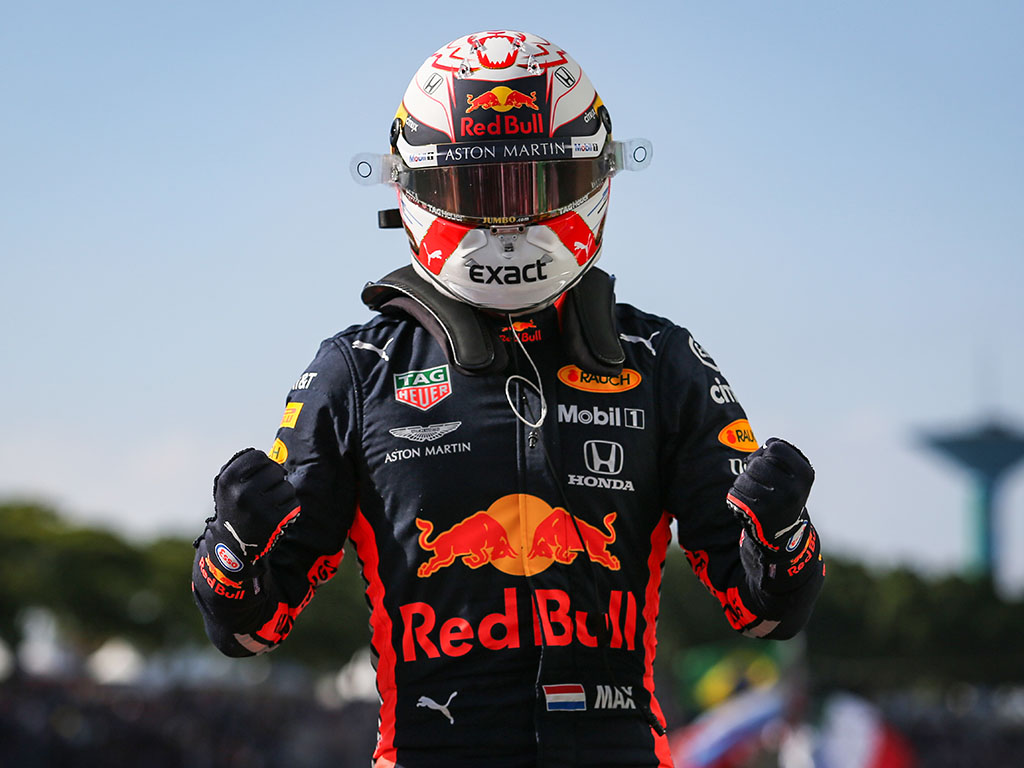 Max Verstappen bagged the second pole position of his season and career with a dominant qualifying display ahead of the Brazilian Grand Prix.

Verstappen topped all three qualifying sessions and ensured he would be starting from P1 on Sunday’s after recording a 1:07.508 on his final hot lap in Q3 to hold off Sebastian Vettel by 0.123 seconds.

Lewis Hamilton will start from third after closing to within 0.191 seconds of Verstappen’s best time.

Charles Leclerc will drop 10 places from P4, while Valtteri Bottas and Alex Albon will be the first drivers to move up the grid as a result of Leclerc’s engine penalty.

Conditions were dry and warm as the penultimate qualifying session of the 2019 season got underway at the iconic Interlagos circuit.

Q1 did not get off to the greatest of starts for McLaren and Carlos Sainz as the Spaniard was forced to head back to the garage after reporting engine problems over team radio.

The mechanics were unable to fix the problem in time, condemning the unfortunate Sainz to the back of the grid for Sunday’s race. Joining him on the Q1 list: Daniil Kvyat, Lance Stroll, George Russell and Robert Kubica.

Verstappen was the quickest driver in Q1, holding a two-tenth advantage over Leclerc in P2.

Lando makes it through to Q2 in P8. The team will investigate the issue with Carlos's car.#BrazilGP 🇧🇷 pic.twitter.com/5Cee6gTUAK

There was not much tyre variation from the top six as Mercedes, Ferrari and Red Bull all took their race strategies into consideration.

Verstappen, Vettel, Hamilton, Albon and Bottas all pumped in opening Q2 laps on the soft tyre, while Leclerc, with his 10-place grid penalty to come, headed out on the mediums.

The Dutchman was still very much the man to beat as he held another two-tenth advantage over the competition with a 1:07.503.

A combination of yellow flags caused by Antonio Giovinazzi and a three degree drop in temperature ensured that there was hardly any improvement across the field on their second Q2 laps meaning the fate of Lando Norris, Daniel Ricciardo, Giovinazzi, Nico Hulkenberg and Sergio Perez was sealed pretty quickly.

All eyes then turned to the battle for pole and whether Verstappen could continue his hot streak in the session. He made a self-confessed ‘****-up’ during his first Q3 lap, but it was still enough to take provisional pole away from Vettel by a mere 0.008 seconds.

Leclerc was a tenth behind after his first Q3 hot lap, but Hamilton and Bottas had a lot of ground to make up, two tenths each in fact on one of the shortest tracks of the year.

Verstappen went on to find the improvement he needed on his second Q3 hot lap to record the second pole position of his career.

It was a qualifying session he dominated from start to finish.