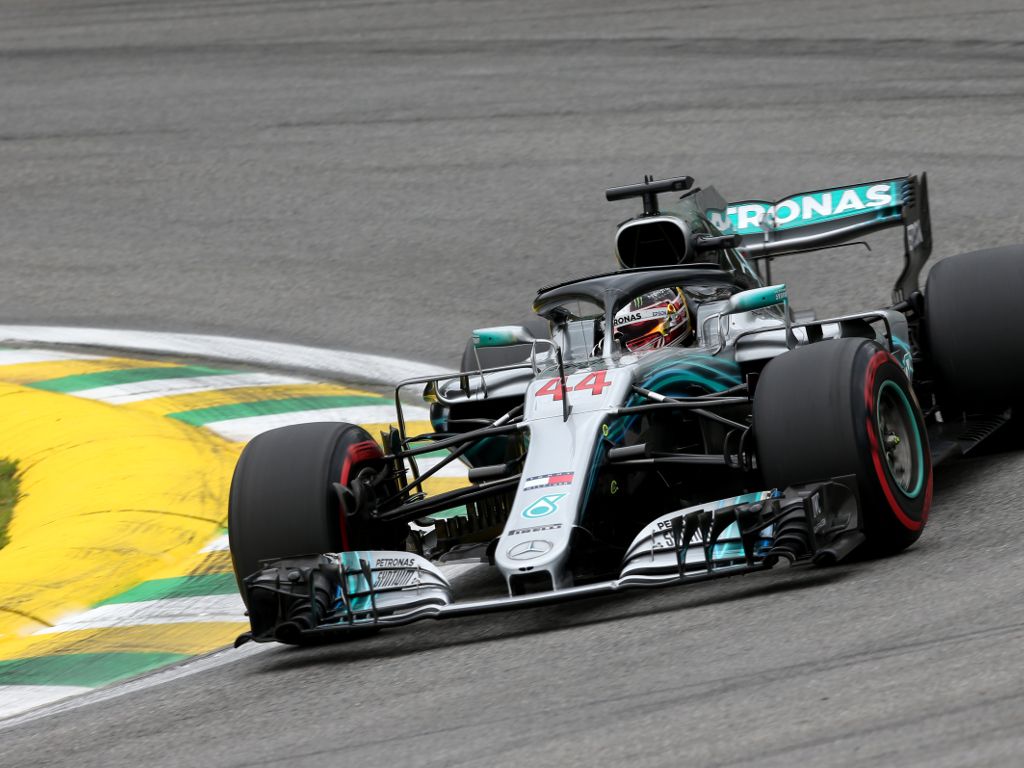 Qualifying at the Interlagos circuit began with a threat of rain in the air and heavy dark clouds overhead.

That led to the drivers immediately taking to the circuit with Ferrari and Mercedes vying for P1 before Max Verstappen stepped in on his RB14.

He was quickest in Q1 while – with a few drops of rain falling – Carlos Sainz was the surprise exit, dropping out along with birthday boy Brendon Hartley, Fernando Alonso, Lance Stroll and Stoffel Vandoorne.

Sirotkin does a great job to get through to Q2 in 14th but Williams team-mate Stroll is out in P19! 😮

As Q2 got underway there was a traffic jam at the pit lane exit as the drivers tried to beat the rain.

For Vettel that proved problematic as the Ferrari driver was called into the weighbridge.

The stewards weren’t ready for him, making him wait while they removed a cone. Once on the bridge, Vettel did not turn off the engine with the FIA later stating that meant they did not get an accurate reading.

Added to that as he drove off the bridge, he “destroyed” the weighbridge scales.

The FIA referred him to the stewards.

Vettel, after waiting about a minute, eventually took to the track on the soft Pirellis, posting his fastest time on the yellow tyres, as did Kimi Raikkonen.

Mercedes, who did their first lap on the supersofts, tried for a soft run but with more rain falling, fell short as too did Verstappen.

Hamilton is facing a possible grid penalty for his actions in Q2 as the Mercedes driver blocked Sirotkin, who was on a flying lap, on the approach to Juncao and nearly a nasty collision as he tried to move at the last minute.

Hamilton upped his pace on his second run, shaving 0.020s off his time to hand Mercedes their 100th pole in Formula 1.

Vettel was second, 0.083s down, with Bottas third ahead of Kimi Raikkonen.

Verstappen was fifth ahead of Daniel Ricciardo while both Saubers made it into Q3 for the second race running. Marcus Ericsson was P7 ahead of Charles Leclerc.