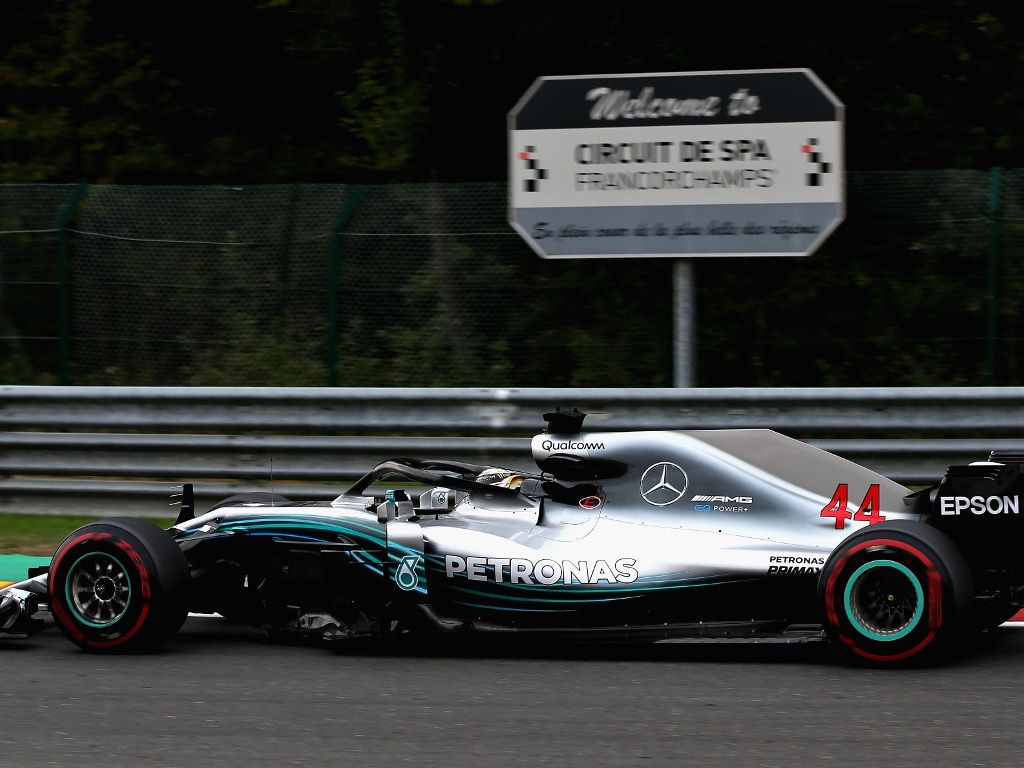 Lewis Hamilton secured a record fifth pole position for the Belgian Grand Prix as Force India shone in the rain.

Qualifying got underway with the threat of rain in the air with Ferrari and Lewis Hamilton opting to run the soft tyres in Q1.

Kimi Raikkonen, a 1:42.585, was quickest ahead of Valtteri Bottas, who ran the supersoft tyres, Lewis Hamilton and Sebastian Vettel.

Stoffel Vandoorne’s home troubles continued as he was slowest of all and knocked out of Q1 along with his McLaren team-mate Fernando Alonso.

McLaren tried the tow but to no avail. Alonso was P17th.

The big surprise was Carlos Sainz, who complained of a lack of rear grip and finished P16.

Q2 saw Ferrari and Mercedes once again lead the way, this time though all four cars were on the supersoft tyres as dark clouds hung over the circuit.

Vettel went quickest with a new outright record for Spa of 1:41.501 while Raikkonen was second and Hamilton third.

A few drops of rain began to fall in the final few minutes of Q2 with both Toro Rossos and Saubers failing to make it through to Q3 along with Nico Hulkenberg, who will start the Belgian GP from the back of the grid due to engine penalties and therefore didn’t set a time.

The 12-minute pole position shoot-out got off to a frenetic start as the drivers lined up in the pit lane as the drops of rain continued to fall.

As the hot laps began the rain grew heavier, Bottas spun, and everyone pitted for intermediate tyres. Vettel, due to tardiness from the Ferrari garage, was the last man to leave the pits on inters.

Red Bull were the first to post times but they were beaten by Raikkonen and then Vettel. A 2:02.446 for the four-time World Champion.

Vettel upped his pace to a 1:58.9 but it was Hamilton’s day as the Brit crossed the line with a 1:58.179 to secure his fifth pole position for the Belgian GP.

Vettel was second ahead of Esteban Ocon and Sergio Perez, who put Racing Point Force India‘s recent troubles behind them to shine in the rain.

Romain Grosjean was fifth ahead of Raikkonen, Max Verstappen and Daniel Ricciardo.

Kevin Magnussen was P9 ahead of Bottas, who did not set a time as he is set to join Hulkenberg at the back of the grid as a result of engine penalties.