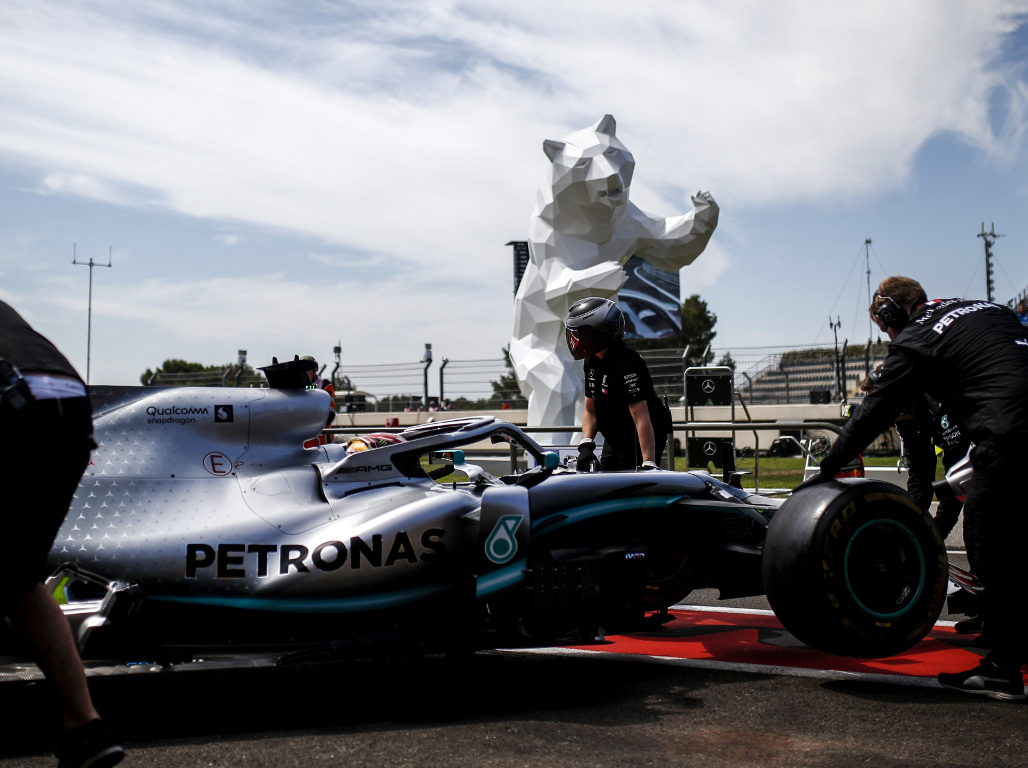 Lewis Hamilton’s qualifying form continued in France on Saturday as he laid down a track record 1:28.319 to claim pole position ahead of Valtteri Bottas.

Although Bottas was quickest in final practice and in the first two qualifying segments, it was Hamilton who gained the upper hand in Q3.

The five-time World Champion laid down a 1:28.448 to edge Bottas by 0.157s, with both drivers still having a second run in hand.

Neither, though, managed to go purple – or even green – in the first sector before Hamilton went purple in the second to improve to a 1:28.319 overall – a new track record.

His team-mate Sebastian Vettel was a disappointing P7 as his woes continued. Vettel bailed on his first flying lap meaning he had only one opportunity to book his grid slot.

That didn’t go according to plan and he crossed the line 1.480s off the pace.

Max Verstappen, who lost a Q2 time for exceeding track limits at Turn 6 but still made it through to Q3, was fourth in qualifying ahead of Lando Norris and Carlos Sainz – McLaren’s best qualifying of 2019.

Eight drivers who made it into Q1 – Bottas, Hamilton, Leclerc, Vettel, Verstappen, Ricciardo, Sainz and Norris – opted to run the medium tyres in Q2 meaning that is the rubber they will start the grand prix on.

Giovinazzi and Gasly are the only two drivers inside the top ten who will start on the soft Pirellis.

Kimi Raikkonen was the man on Saturday to open the unsafe return debate as he got it wrong in Q1, went off the track and forced Romain Grosjean to brake as he rejoined just ahead of the Haas driver.

Replays show Raikkonen himself was hampered by the Renault of Ricciardo, playing a role in his off.

The stewards announced that they’d investigate the incident after qualifying. Raikkonen qualified P12 while Grosjean was a disappointing 17th at home – P16 after penalties for others.

Meanwhile Lance Stroll failed to make it out of Q1 for the 12th race in a row, finishing the opening qualifying segment in 19th place.

He will, however, start P17 due to penalites for George Russell and Daniil Kvyat.

Russell and Kvyat will make up the final row of the grid as both have 15-place or more grid penalties for taking new engine parts.

Russell’s penalty is 15 after his problems in FP3 meant his Williams required a new Control Electronics and Energy Store.

He qualified P19, once again faster than his team-mate Robert Kubica, however, as a result of the penalty, he’ll start behind the Pole for the first time this season.

Kyvat’s penalty is 40-plus after all five components were changed and seals were deliberately broken on the new parts. He qualified P16 but will start 20th.