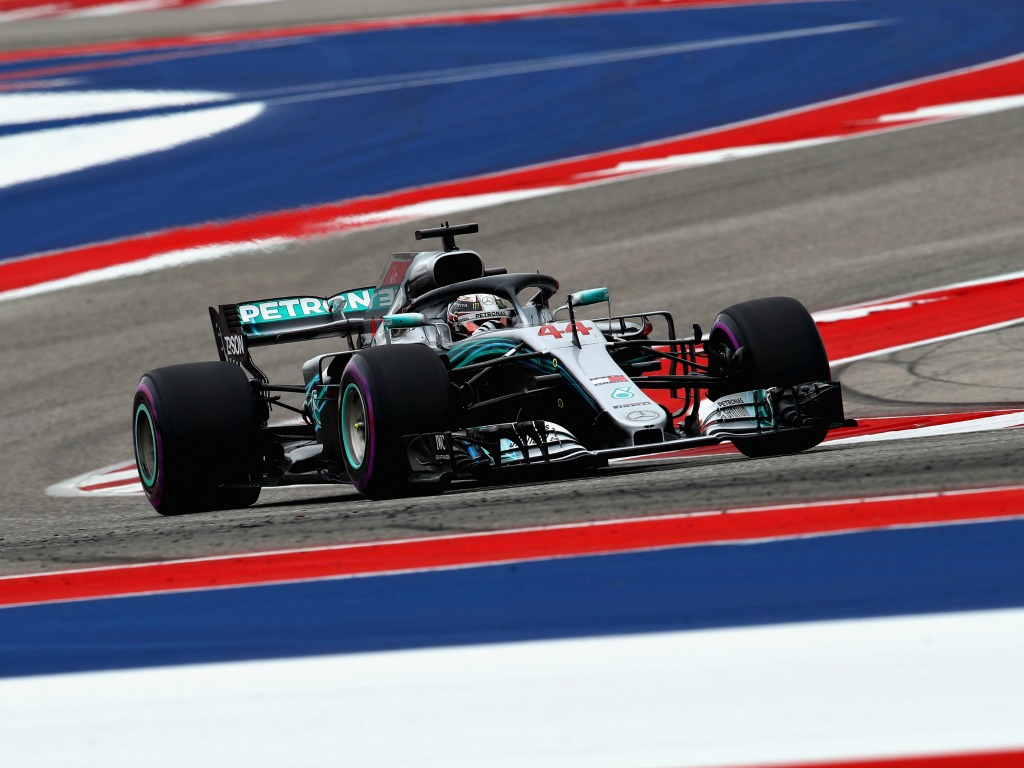 Lewis Hamilton came out on top in a thrilling qualifying battle as just 0.070 seconds separated him, Sebastian Vettel and Kimi Raikkonen.

The Brit secured a third consecutive pole position at the Circuit of The Americas with a 1:32.237 on his final Q3 run, but Vettel will slip from P2 to P5 on the starting grid after his red flag infringement in FP1.

Kimi Raikkonen, was just 0.070s away himself from a rare pole position, but he will move up to P2 on grid alongside Hamilton and will start on the quicker ultra tyres. Hamilton is on the supersofts.

There was plenty of work going on to the floor of Hamilton’s car in the build-up to qualifying, while Mercedes also reverted to an older Halo design on both cars after one of the winglets fell off Hamilton’s W09 in FP3.

Ferrari, meanwhile, initially struggled to get Raikkonen’s car fired up before it finally came to life with the green light looming.

A few spots of rain were in the air, but the track remained dry for the slicks to be fitted at the Circuit of The Americas.

The FIA, meanwhile, were clamping down heavily on exceeding track limits, especially at the penultimate corner, and it did not take long for the first culprit to appear as Pierre Gasly had his time immediately deleted following his first hot lap.

While Hamilton set the early pace in Q1 with a 1:34.130, there were big problems for Verstappen and Red Bull as the Dutchman’s right rear suspension snapped after he went over a sausage kerb.

He managed to get a lap in to avoid a Q1 knock-out, but he would play no further part in qualifying and faces another Sunday afternoon of coming through from the back of the pack.

Both McLaren and Williams cars were out in Q1 for the fourth time this season, Sauber’s Marcus Ericsson was the other early exit.

In Q2, the pendulum swung back into Ferrari’s favour with Raikkonen initially topping the timesheet with a 1:32.130 on the ultrasofts. More intriguing was Vettel, on the slower supersofts, just one tenth behind.

Hamilton, also on the supersofts, needed two attempts to put a lap together. He was four tenths down, though, on Vettel’s best with the same tyre.

Vettel, Hamilton, Bottas and Ricciardo will all start on the supersofts for Sunday’s race; Ferrari are splitting strategies with Raikkonen starting on the ultras.

With Verstappen out of the equation, and both Toro Rosso cars not running due to engine penalties, it left just two spots available in the Q2 elimination zone.

They were occupied by Kevin Magnussen and Carlos Sainz, with the latter knocked out by his team-mate Nico Hulkenberg by just 0.002 seconds. Grosjean reached Q3 for the 11th consecutive time.

Then, it was first blood Mercedes after the first Q3 hot laps as Hamilton pumped in a 1:32.567 – just 0.088 seconds quicker than rival Vettel. Bottas was just a tenth further down the road while Raikkonen was four tenths off the pace.

On the final Q3 runs, a fascinating battle ensued as Raikkonen wrestled provisional pole away from Hamilton, who responded in kind to deny the Finn top spot.