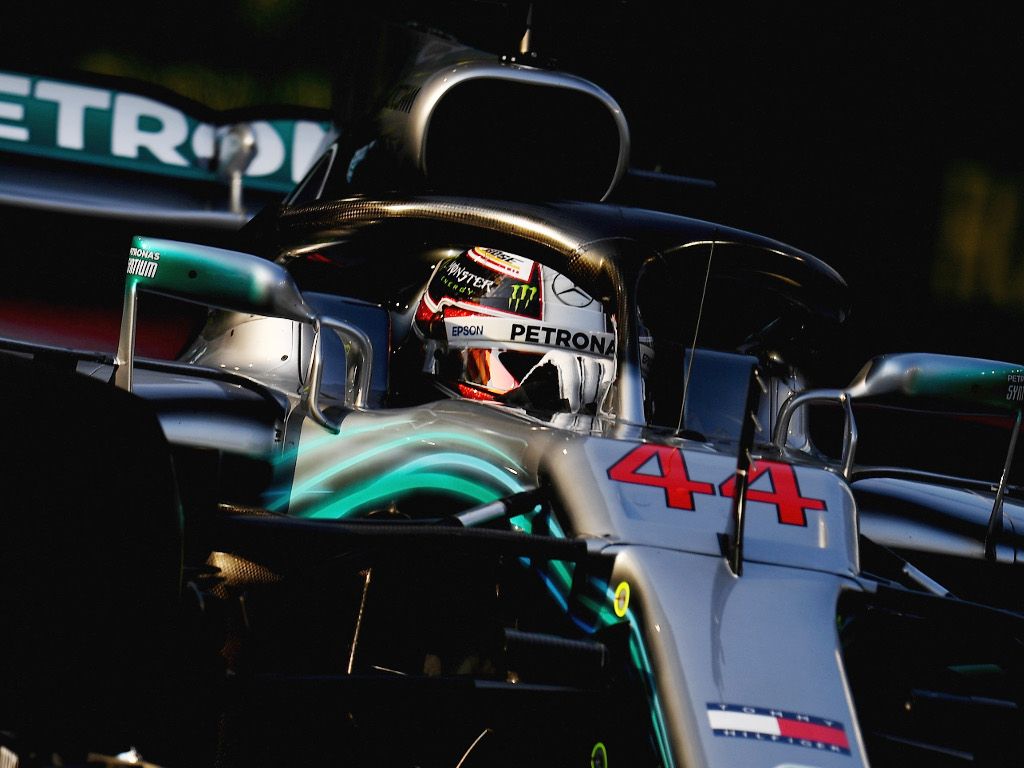 Lewis Hamilton laid down a blisteringly quick 1:36 to claim an unexpected pole position for Sunday’s Singapore Grand Prix ahead of Max Verstappen and Sebastian Vettel.

As if qualifying isn’t tense enough there was a bit of late drama for Sebastian Vettel.

According to reports Ferrari found an electrical problem with his car, which led to his mechanics removing the floor. After a bit of work on the car, they brought in a new floor with the German ready to roll with minutes to spare.

Not ideal prep for Ferrari and Vettel as they’ve had to change the floor with just a few minutes to go for Qualifying… Lots of Italian arm waving, which could frankly mean both, they’re happy and not! pic.twitter.com/W8sZZSCrGJ

The track temperature was 33’C at the start of Q1 with the humidity levels 71%. The drivers were again warned against touching the newly-painted yellow line outside of the Turn 7 kerb. Any driver doing so would lose their lap time.

Lance Stroll became the first driver to lose his lap time for touching the yellow line at Turn 7. He finished slowest of all with Magnussen, Brendon Hartley, Stoffel Vandoorne – who kissed the wall – and Sergey Sirotkin all out.

The Williams pairing were 1.4s off the pace of their nearest rival!

It's quite a nervous conclusion to Q1 for Hamilton, as the Mercedes racer ends the segment only P14 after running ultra-softs 😅

Meanwhile Stroll made a mistake and Vandoorne and Sirotkin kissed the wall 💋#C4F1 🇸🇬 #SingaporeGP pic.twitter.com/xDwRtQnbrS

During Q2 Ferrari initially ventured out on the ultrasoft tyres but were quickly back in the pits for the hypers.

Vettel told his pit wall: “If you believe the merits of starting on the option (ultrasoft) tyre, I can do it.” His engineer responded “no, this is too risky, we’ll go with the qualy (hypersoft) tyre.”

With the hypersofts on his SF71H Raikkonen went quickest with a 1:37.194 with the top-five separated by two-tenths of a second. Out were Fernando Alonso, Carlos Sainz, Charles Leclerc – who whacked the wall, Marcus Ericsson and Pierre Gasly.

Boy, do we have a final shootout on our hands, now!

The final part of qualifying seemed to belong to Lewis Hamilton, the Brit laying down a blistering 1:36.015, while Max Verstappen was second. Vettel in third was six-tenths off the pace.

“Try next time to get me a good out lap – I notice the Mercedes are a lot slower than us,” said Vettel.

A second run on new hypersofts saw Hamilton fail to improve on his earlier time while Vettel went purple in the first sector and Verstappen in the second.

Neither, though, could match the Mercedes driver’s 1:36.015. Verstappen finished second with Vettel third.

Valtteri Bottas was fourth ahead of Raikkonen, Daniel Ricciardo and Sergio Perez.