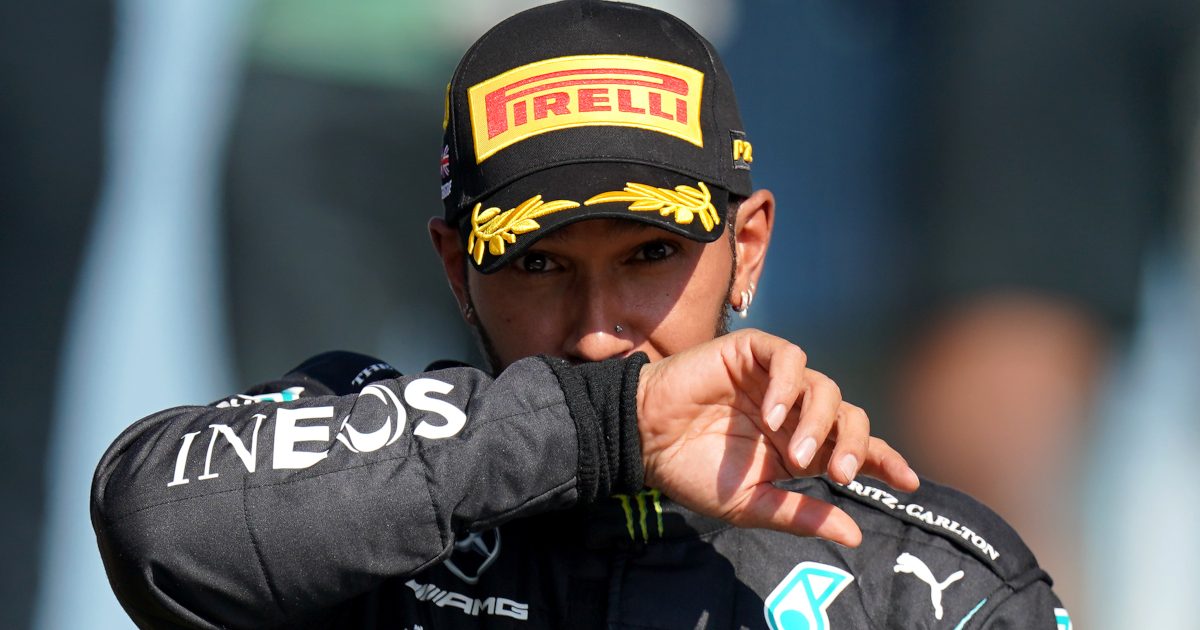 In a tense Q3, one in which Max Verstappen almost didn’t cross the line in time to put in a final lap while Sergio Perez did miss out as the Red Bulls trailed the Mercedes team-mates in the queue, Hamilton secured pole position by three-tenths ahead of his team-mate.

Verstappen had to settle for third, four-tenths down. He’ll also be starting the grand prix on the soft tyres with Hamilton and Bottas on the mediums.

As Q1 began Mick Schumacher was sitting at the back of the Haas garage, all dressed up and ready to go but his car, which he crashed in final practice, wasn’t.

Facing a five-place grid penalty for receiving a new gearbox, Haas called it quits on their race against the clock with three minutes remaining in Q1 and Schumacher’s car still in pieces.

“The team have given it their all but sadly Mick’s car isn’t quite ready to take part in qualifying, with only 3 mins left to go in Q1,” said a team statement.

The rookie wasn’t the only driver in trouble with Carlos Sainz having to take to the inside kerb at Turn 1 as he left the pits, Ferrari effectively releasing him into the path of one of the AlphaTauris. The Spaniard made it out of Q1 but is likely to face a grid penalty.

The five who didn’t make it were Yuki Tsunoda, George Russell, who missed out on Q2 for the first time this season, Nicholas Latifi, Nikita Mazepin and Schumacher. Max Verstappen set the pace, 0.210s up on Lewis Hamilton.

Russell fails to make Q2 for the first time this season

📻 "We can't get it right every time guys. On to tomorrow" #HungarianGP 🇭🇺 #F1 pic.twitter.com/YkLh8poOvR

The title protagonists, out on the medium tyres, traded positions in Q2 with Hamilton ahead of Verstappen by 0.216s.

Charles Leclerc, running the soft tyres, put his Ferrari between the two on the timesheet before his team-mate Sainz crashed at the final corner, which saw the session red flagged.

The Spaniard lost the rear of his SF21, slamming into the barrier with the left side of the car. He tried to return to the pits but only made it a few metres before stopping. Tried again, but again came to a halt, this time climbing out of his Ferrari.

Although the session resumed with six minutes on the clock, the drivers waited until the very last opportunity to venture leading to what is fast becoming a familiar traffic jam.

Verstappen decided to swap his mediums for softs and went quickest while Hamilton stayed with his medium tyre time, meaning the title rivals will start Sunday’s race on different compounds.

Verstappen led out Bottas and then Hamilton at the start of Q3, the latter stringing together three purples to go quickest with a 1:15.419. Bottas second, 0.3s down, and Verstappen third, more than half a second off the pace.

Verstappen reported: “I don’t know why but I had a massive lack of grip on this set [of tyres].”

The second run of Q3 saw Bottas leading Hamilton, Verstappen and Sergio Perez, the latter held up by the traffic to the point that he missed out on a second flying lap. Verstappen made it through with a second to spare.

Neither Mercedes driver improved while Verstappen did, but stayed P3, joined by Perez on the second row of the grid.