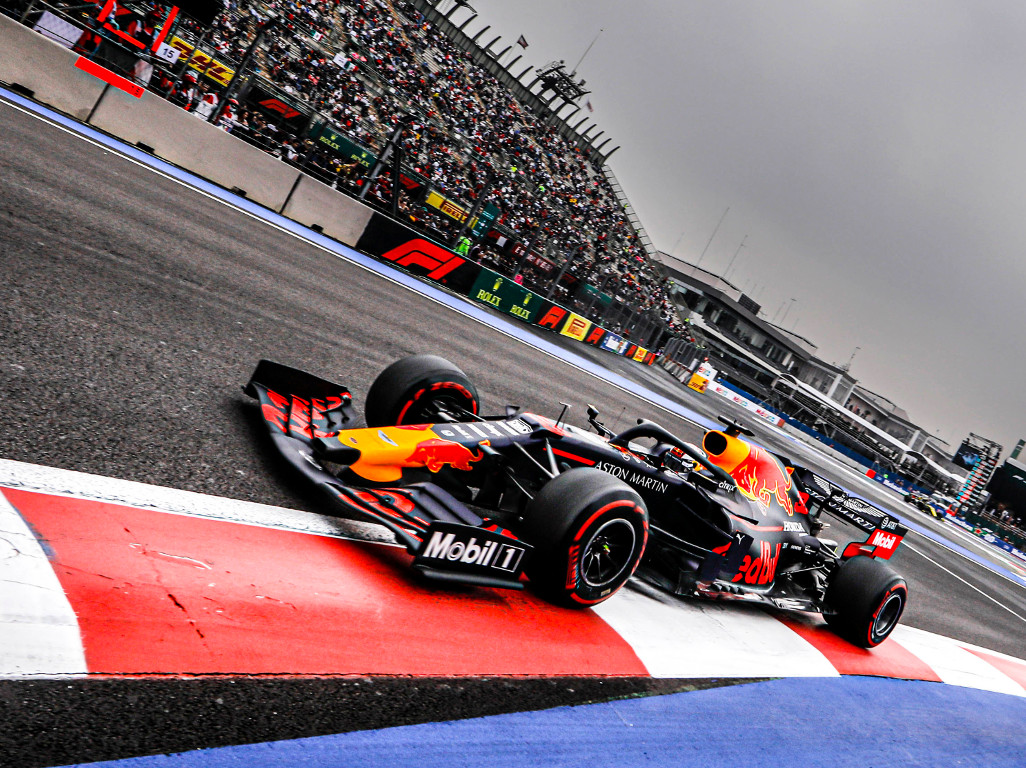 Max Verstappen secured pole position then lost it after talking himself into trouble with the FIA stewards in Mexico.

It initially was Verstappen’s second F1 pole position and ended Ferrari’s run of five consecutive poles but he crossed the line moments after Valtteri Bottas hit the wall coming out of the final corner before going nose first into the Techpro barrier, with footage showing yellow flags being waved in his eyeline before going faster still on his second Q3 lap.

He was subsequently given a three-place grid drop and that promoted Charles Leclerc to pole position.

It was a disappointing qualifying for Haas as both Kevin Magnussen and Romain Grosjean failed to make it out of a rather uneventful Q1.

Grosjean’s efforts were not helped by a spin.

Change this to death, taxes, both Haas cars go out in Q1 https://t.co/yBdQ4Z7VxA

They were joined on the sidelines by Lance Stroll and the two Williams drivers with Robert Kubica was 1.3s slower than George Russell.

Q2 began with Daniil Kvyat and Daniel Ricciardo in hot water with the stewards.

They announced prior to the green flag that both drivers will be investigated after qualifying for their tussle in the pit lane during Q1.

The mediums were the tyre of choice for the top three teams in Q2 while the rest of the hopefuls swapped to softs for their second run.

End of the road for Kimi and Antonio. It’s P14 and P15 for our boys. Now the focus shifts to tomorrow. #MexicoGP pic.twitter.com/J73zjm2Dv0

The remaining 10 drivers went into Q3 with many still predicting Ferrari would be the team to beat despite not setting the pace in Q1, that was Max Verstappen, and Q2, which was Lewis Hamilton.

Verstappen drew first blood with a blistering 1:14.910, putting him 0.114s up on Leclerc with Vettel third.

Max Verstappen moves into provisional pole with a 1:14.910!

The second run once again saw traffic and slow cars heading towards the line but that didn’t bother Verstappen, the last man out.

None of the drivers went purple in the first sector but Verstappen did in the second.

Leclerc made a mistake and stayed second while Verstappen went purple again in the third to secure pole position with a 1:14.758.

Bottas had a late crash, sliding into the wall at the final corner before hitting the Techpro barrier. The impact seemingly left the Finn winded and led to double waved yellows.

As a result of Verstappen’s penalty, Leclerc will line up first on the grid ahead of Vettel, Hamilton, Verstappen and Alexander Albon while Bottas is sixth.