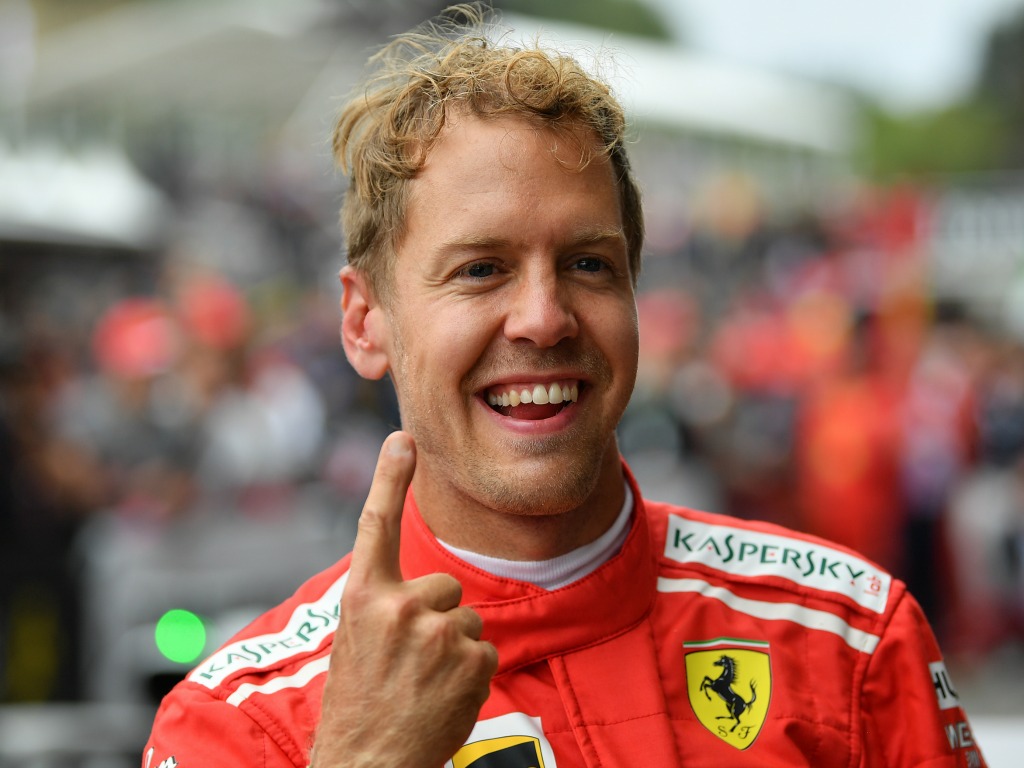 Sebastian Vettel set up the Belgian Grand Prix victory with a lap 1 overtake on Lewis Hamilton, a race that started with a bang for Fernando Alonso.

Ferrari were expected to come to the fore on a dry Spa-Francorchamps circuit and that’s exactly what Vettel did at the start of Sunday’s Belgian Grand Prix.

While Hamilton held him off at the start, the German easily slipstreamed the Mercedes to take the lead seconds before the Safety Car came out.

The SC was deployed for the first corner accident in which Nico Hulkenberg got too deep on the brakes, locked up and sent Fernando Alonso airborne over Charles Leclerc’s Sauber.

Meanwhile Kimi Raikkonen and Daniel Ricciardo were taken out of contention as the Red Bull driver tagged the Ferrari, both forced to pit for repairs, as did Valtteri Bottas who ran into the back of a Williams.

Back underway at the end of lap 4, Vettel immediately began to build up an advantage over Hamilton, who in turn was dropping the Force Indias of Sergio Perez and Esteban Ocon.

Max Verstappen hunted down the Force Indias to run third on lap 10, he was, however, nine seconds behind second placed Hamilton.

Bottas was the big mover, up inside the points on lap 13 after his early pit stop, while Ricciardo followed him through the traffic. The Aussie, though, was unlapping himself after his rear wing change put him a lap down on the field.

As the race headed toward the halfway point, Hamilton kept Vettel honest, just over three seconds behind the Ferrari driver, while Verstappen held down third place some 14s further back. The Force Indias were fourth and fifth ahead of Romain Grosjean.

With his rear left tyre notably blistering, Hamilton pitted from second and returned to the track in third with new soft tyres on his W09. Vettel came in the very next lap and emerged in the lead, metres in front of Verstappen, who had yet to pit, and Hamilton.

Hamilton made short work of Verstappen and used that DRS momentum to close the gap to Vettel to 1.7s. The Ferrari driver responded by extending his advantage as he seemed to have the race under control. Verstappen pitted on lap 27, resuming his race in a lonely third place.

An uneventful afternoon saw Vettel race to the victory, comfortably taking the chequered flag ahead of Hamilton and Verstappen.

The result means the German trails Hamilton by 17 points with eight grands prix remaining. His P3 was Verstappen’s first podium at his ‘home’ race.

Bottas, who having initially pitted on lap 1, recovered to fourth place. He finished ahead of the new boys on the block, the Racing Point Force Indias of Perez and Ocon.

Ericsson and Brendon Hartley had arguably the best battle of the race as they tussled over 10th place for several laps before the Toro Rosso pitted. Slipstreaming and DRS resulted in the two overtaking one another no fewer than four times in the space of just two laps.