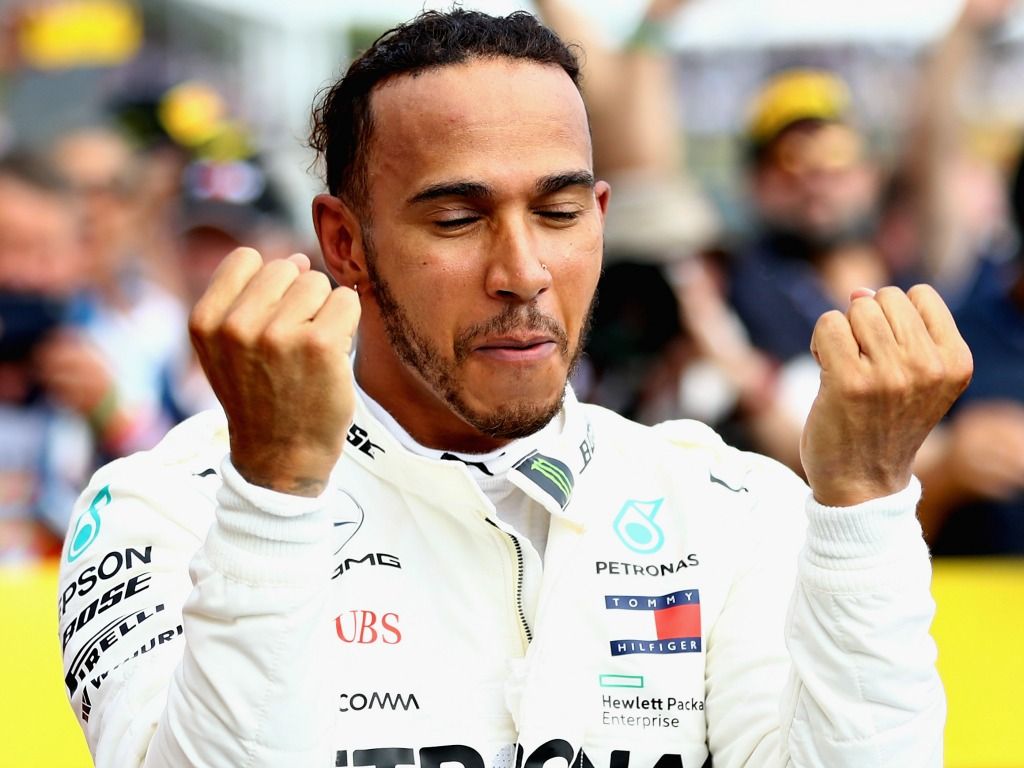 Lewis Hamilton put in a dominant performance in the heat at Hungary to secure the win, finishing ahead of Sebastian Vettel who was involved in a late clash with Valtteri Bottas.

After Saturday’s rain, the sun baked down on the Hungaroring ahead of Sunday’s 70-lap grand prix with the track temperature up to 57’C in the build-up.

Pole sitter Lewis Hamilton maintained his advantage down the 618m run to the first corner to lead ahead of Valtteri Bottas while Sebastian Vettel challenged Kimi Raikkonen for third.

Despite running the soft tyres to his rivals’ ultras, he went around the outside of Raikkonen to run third. Max Verstappen moved up to fifth ahead of Pierre Gasly, Kevin Magnussen and Carlos Sainz.

Daniel Ricciardo, starting P12, lost ground as he was given a whack by Marcus Ericsson. Red Bull’s day went from bad to worse as Verstappen cried “I’ve got no power” as he slowly toured the track before retiring his RB14 on the grass. The Dutchman was not happy and let everyone know his feelings through some colourful language.

The Virtual Safety Car came out with Hamilton 3.8s ahead of Bottas who in turn was just under two seconds in front of Vettel. The VSC was soon recalled and the racing resumed.

15 laps in Raikkonen – left without a drink for the race – was the first of the top ten to pit, swapping his ultras for soft tyres. He was stationary for 5.5s due to a “small piece of rubber in brake inlet” that Ferrari had to clean. He fell to P6.

Bottas came in a lap later as Mercedes covered the Finn’s stop. Ultras for softs for Bottas, who came out fourth with Magnussen between them – although not for long. Vettel, up to second, was 8.8s behind Hamilton.

Hamilton pitted lap 26, putting on the soft tyres. Vettel, who had been 6.8s down on the Mercedes driver took the lead. Hamilton came out in second place, 13.5s down, and ahead of Bottas and Raikkonen. Ricciardo was up to fifth having overtaken nine cars. He, like Vettel, had yet to pit having also started on the soft tyres.

Raikkonen pitted for the second time on lap 39 as he went with a two-stop strategy. He came out P5. A lap later the other Ferrari of Vettel was in. He had been leading Hamilton by 10s but an issue with his front left cost him time and he came out P3, and 11s behind Hamilton. Ricciardo eventually pitted on lap 45, handing fourth place to Raikkonen as he dropped to P5.

The afternoon’s third retirement came at the hands of Stoffel Vandoorne as, running P8, he was forced to park his McLaren with a gearbox issue. That brought out the VSC but none of the frontrunners opted to pit.

With the pit stops out of the way the drivers raced to the line with Bottas dogged by Vettel and then Vettel and Raikkonen. Hamilton was told Bottas is “hanging on there and doing a really good job” at keeping the Ferraris at bay.

Vettel eventually made a move on Bottas and seemed to be clear of the Finn only for the two to collide. Bottas’ front wing into Vettel’s rear right. Vettel escaped without damage.

Hamilton raced to a comfortable win, 17s ahead of the chasing pack, led by Vettel with Raikkonen third.

Ricciardo was fourth with Bottas fifth. The Finn was under investigation for hitting Ricciardo in the Aussie’s first attempt at taking fourth off him and was given a 10-second penalty – but he still remained in P5.

Gasly was sixth ahead of Magnussen while Fernando Alonso used a long first stint on the softs to work his way up to eighth place.