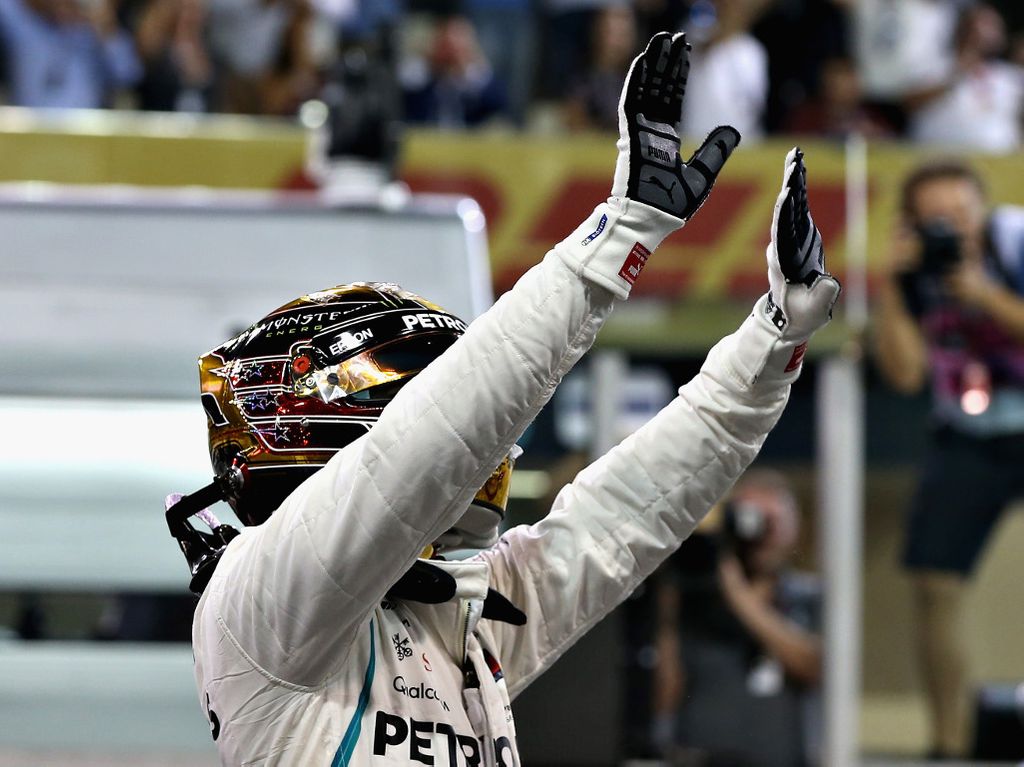 For the final time this year, the 20 drivers lined up on the Formula 1 grid for the start of the season finale, the Abu Dhabi Grand Prix.

Mercedes started from the front row on the hypersoft tyres having locking out P1 and 2 on the grid, Lewis Hamilton ahead of Valtteri Bottas, for a fifth successive year and it was always their race too lose. They didn’t.

They ran the 1-2 as the lights went out before a horrific crash for Nico Hulkenberg, in which he barrel rolled before coming to a rest upside down with the car held up by the barriers and on fire, meant the Safety Car came out on the opening lap.

The marshals were quickly on hand along with the FIA doctor to see to the German, who appeared OK although shaken by the crash. It was caused by contact with Romain Grosjean.

The race resumed on lap 5 with Hamilton and Bottas charging ahead of the Ferraris, Charles Leclerc, Daniel Ricciardo, Grosjean, Esteban Ocon, Max Verstappen, who had a poor start, and Sergio Perez.

Verstappen attacked Ocon only for the Force India driver to fight back and both Ocon and Perez take a position off the Red Bull driver. Complaining about his Renault power unit, he immediately attacked Perez to once again run behind Ocon before giving the Frenchman a little shove as he retook P8 off him. Ocon immediately retook it. Verstappen took it back.

But the early race drama was by no means over as Kimi Raikkonen parked his SF71H on the pit straight on lap 7, his final race for Ferrari done and dusted. The VSC came out as the Ferrari was in a difficult position to recover.

Hamilton, along with Leclerc and Grosjean, took advantage of the VSC to pit, dropping from 1st to fifth before one by one those ahead of him stopped for fresh tyres to elevate him back up to P2 with only Ricciardo yet to pit when, on lap 25, the rain began to fall.

Marcus Ericsson’s final race in Formula 1 ended on lap 26 when his Sauber lost power, forcing to park it in the GP2 paddock.

The rain that never really was and the excitement that quickly pettered out resulted in a rather lacklustre second half of the grand prix.

When Ricciardo finally pitted, coming in on lap 32, Hamilton was again leading and by six seconds of Bottas. Vettel was two seconds behind, Verstappen a further two back, and Ricciardo, on fresh supersoft tyres, was eight behind his team-mate. Leclerc, who lost ground when he stopped early along with Hamilton, recovered to run seventh behind Carlos Sainz.

A mistake from Bottas – a lock up into Turn 5 coupled with running wide at 6 – handed second place to Vettel as he swooped past the Mercedes with Verstappen closing up on the Finn. The Dutchman attacked a few laps later, using the switchback and every inch of track to barge his way up to third.

Ricciardo was the next to hit at the limping Finn, passing Bottas for fourth and giving himself a shot at racing Verstappen for the podium. Bottas pitted for fresh tyres.

Hamilton raced to the victory, his 11th of this season, while Vettel was once again runner-up and Verstappen joined them on the podium.

Ricciardo was fourth in his final race for Red Bull, finishing ahead of Bottas while Sainz was sixth ahead of Leclerc and Perez.

Esteban Ocon and Pierre Gasly were the last two retirements of the season. Both were running in the points when they suffered engine failures in the final eight laps of the grand prix.

Instead P9 went to Romain Grosjean while Kevin Magnussen was 10th.

Fernando Alonso bid farewell to Formula 1 with a 11th-placed finish.