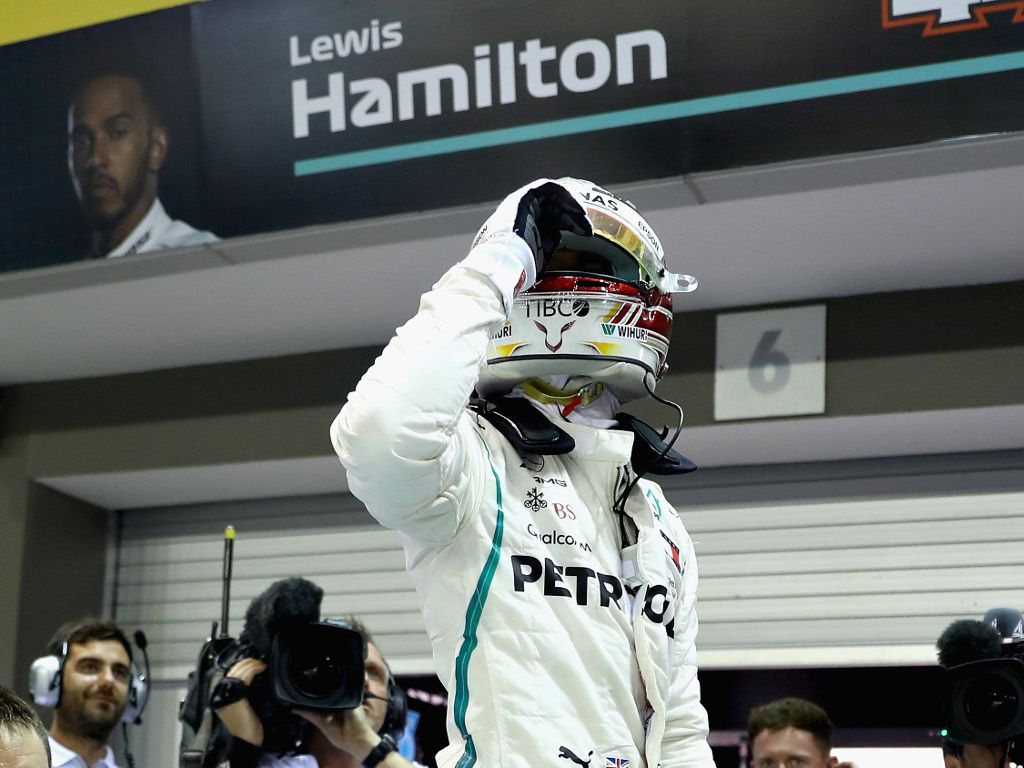 Lewis Hamilton once again extended his lead in the championship race with a solid win in Singapore while Sebastian Vettel and Ferrari botched the strategy game.

There was drama at the start of Sunday’s 61-lap race as Force India committed the cardinal sin when Sergio Perez squeezed Esteban Ocon into the wall. The Frenchman hit it hard, bringing out the Safety Car.

Perez apologised, saying he didn’t see his team-mate and there was no room. Ocon said Perez hit him “badly, badly.”

The SC came out milliseconds after Vettel overtook Verstappen at the end of Raffels Boulevard to run second behind his title rival Hamilton.

Racing resumed on lap 5 with Hamilton keeping Vettel at bay and the German doing the same with Verstappen. Neither though were able to drop the car behind resulting in a seemingly three-way battle for the victory.

Valtteri Bottas and Kimi Raikkonen, running fourth and fifth, began to fall off the pace as the top eight all ran the hypersoft tyres. Fernando Alonso and Carlos Sainz in 9th and 10th were on the ultras.

As the strategies began to play out Hamilton went from controlling the pace to laying down fast laps, resulting in Vettel heading into the pits for new tyres. He swapped his hypers for ultras, dropping from second – 3.5s behind Hamilton – to seventh.

Hamilton pitted a lap later, opting for a different strategy to Vettel as Mercedes put the yellow soft tyres on the W09. He came out P5, 2.4s ahead of Vettel.

Bottas and Verstappen were next in, soft tyres, with the Dutchman taking to the track ahead of Vettel thanks in part to Sergio Perez, who kept the German behind him for a full lap.

Verstappen pits for soft tyres and comes out INCHES ahead of Vettel!

Vettel’s woes were compounded as he informed Ferrari that his ultrasoft Pirellis would not go to the end of the race. Good news for Mercedes and Verstappen.

Midway through the race Red Bull reported rain around the track but more light spots than torrential downpour. Hamilton led by 5 seconds ahead of Verstappen who was 2.2s ahead of Vettel.

Such is the difficulty in overtaking at the Marina Bay circuit that Perez, who stopped on lap 17, grew ever more frustrated as he spent more 17 laps starring at Sergey Sirotkin’s rear wing. Perez wanted Charlie Whiting’s help, the FIA race director told him he had to get closer.

It was, however, the best action – even with its lack of action – on track. And only got better as Perez finally passed the Williams. Sirotkin fought back and Perez turned in on him, giving him a good whack. Perez pitted for repairs.

Force India had a different view, saying Perez was “hit by Sirotkin! Damage for his car after he had made his way past the Williams and is torpedoed by the Russian.” Perez was handed a drive-through penalty for causing the collision.

Sirotkin continued to add to the race’s drama as he battled with Romain Grosjean for position, and did so as Hamilton and Verstappen caught the traffic. The duo held up the Brit long enough for Verstappen to sit right on Hamilton’s rear wing and even have a look.

However, with Hamilton the first to pass the traffic, Grosjean then briefly held up Verstappen giving Hamilton breathing room. Grosjean was penalised for ignoring blue flags.

With 20 to go he led by 3.5s with Vettel a further four seconds off the pace. Bottas, Raikkonen and Ricciardo were next in line ahead of Alonso, Sainz, Ericsson and Stoffel Vandoorne.

As the laps counted down Hamilton raced to the victory, his fourth in Singapore, to extend his lead in the Drivers’ Championship to 40 points. Verstappen was second, Vettel third.

Bottas had a lonely race in fourth place, taking the chequered flag ahead of Raikkonen and Ricciardo.

Alonso was seventh for McLaren, moving him up to eighth in the standings, while Sainz, Leclerc and Nico Hulkenberg, racing in his 150th GP, completed the points.