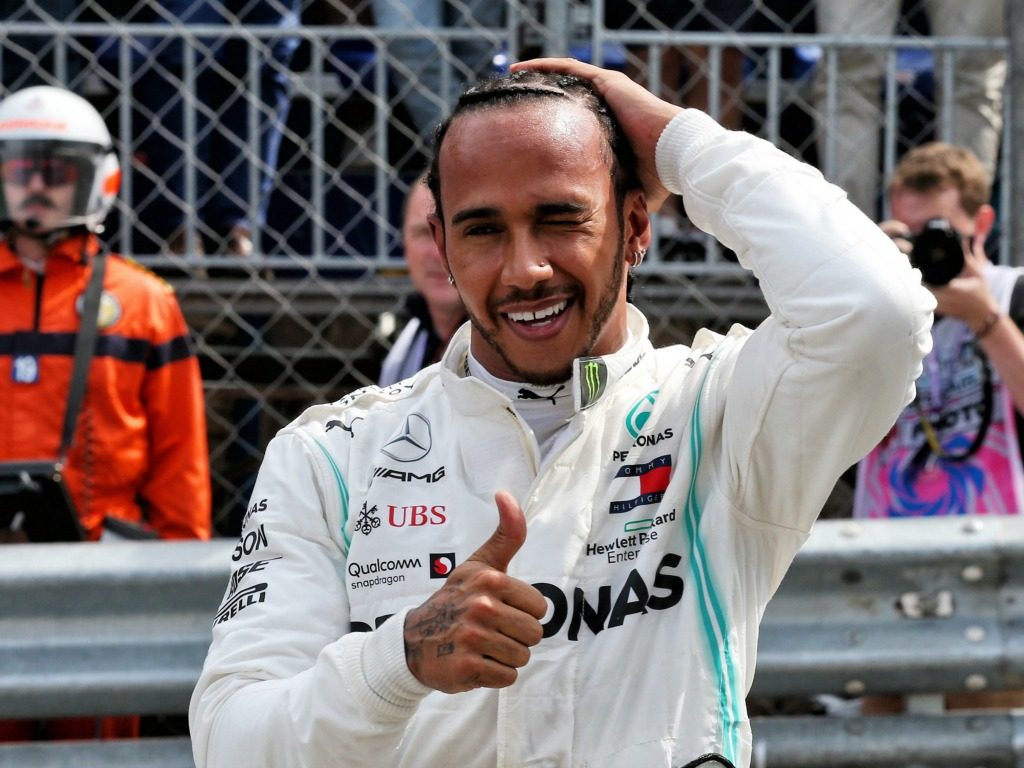 Lewis Hamilton laid down his marker in the debate of who is the best in F1, hunting down Max Verstappen before passing the Red Bull for the lead and the win in Hungary.

After the chaos that was the wet German Grand Prix, the Formula 1 drivers lined up on a dry Hungaroring with a first-time pole sitter in Verstappen, lining up ahead of Valtteri Bottas and Hamilton.

While Verstappen held onto P1, it soon became Hamilton and Charles Leclerc behind him as argy-bargies on the opening lap left Bottas in need of a new front wing after he was clipped as Leclerc overtook him.

10 laps in and Verstappen led Hamilton by two seconds with the Brit asking his race engineer Pete Bonnington to “tell me when you want me to close up”, a clear message to Red Bull that he was waiting to pounce.

Hamilton continued to keep Verstappen honest, the Red Bull driver reporting that his tyres were going and he was losing a “bit of grip” with Hamilton taking tenths out of his lead. On lap 23 Mercedes threw a dummy trying to get Red Bull to blink as they sent Hamilton’s mechanics out into the pit lane with tyres. He didn’t stop.

Verstappen, still losing grip, was forced to work his way through traffic and told Red Bull “once again, I’m losing grip”. He was not a happy driver with Hamilton within DRS as while it took Verstappen time to clear the Racing Point of Sergio Perez, Hamilton followed him through. Hamilton told Mercedes his tyres were “good”.

Red Bull blinked first, Verstappen stopping on lap 26 for fresh hard tyres. He was 0.9s ahead of Hamilton, stationary for 2.6s, and came out ahead of the Ferraris, who had yet to stop. Bonnington to Hamilton: “OK, it’s Hammertime.”

With Verstappen laying down a fastest lap and immediately closing the gap on new race leader Hamilton, it seemed Mercedes’ decision not to pit Hamilton before Verstappen, or immediately after, would cost the Brit. He wasn’t happy.

Hamilton came in lap 31, 16s ahead of Verstappen. He came out P2, six seconds behind the Red Bull driver. It took him all of five laps to catch Verstappen, smashing the gap! Hamilton’s first effort to take the lead was thwarted by Verstappen’s defence and his second by running wide at Turn 4.

BON: "Keep the pressure on."

As the battle that F1 fans dreamed of played, Verstappen and Hamilton came up to lap Bottas with the Finn shown the blue flags before doing the right thing and moving on rather than baulking Verstappen to favour his team-mate. Their tussle ended – at least for now – on lap 49 when Hamilton pitted, swapping to medium tyres and coming out P2, 20s behind the race leader. Red Bull decided to stay out.

Verstappen's not happy – Mercedes have pitted Hamilton again, he wants to know why he's still out

Hamilton on fresher tyres was faster than Verstappen and lap after lap closed the gap. It was down to 11s with 10 laps with Verstappen reporting that his “tyres are dead”. Hamilton caught him on lap 65 with Red Bull telling their driver has a “four seconds” of engine mode to help him hold off the Mercedes.

He couldn’t. Two laps later it was game over as Hamilton went the long way around Verstappen, taking the lead before racing to a seventh Hungarian Grand Prix win – and his eighth win of 2019. Verstappen made a late stop for tyres but still grabbed second place, and the fastest lap point.

Lewis Hamilton takes the lead with 4 laps to go!

What a call from Mercedes to switch strategy, and that wasn't a bad pass from Lewis to get it either! #HungarianGP pic.twitter.com/Ef3fePHokO

Behind them it was between Leclerc and Sebastian Vettel for the final podium position. While Leclerc was P3 for most of the grand prix, he lost out to his German team-mate late in the 70-lap grand prix as Vettel’s long first stint meant he was on fresher tyres. Despite a P3 and P4 on the day, it was a disappointing result for Ferrari.

Carlos Sainz had another great Sunday as he finished fifth ahead of the Pierre Gasly, who was helped in his recovery after a poor start by a great pit stop from Red Bull.

Albon and his team-mate Daniil Kvyat had a great battler earlier in the race with the Toro Rosso pairing racing wheel-to-wheel through four corners, neither giving an inch. The battle played out in Kvyat’s favour but ultimately it was Albon who came out on top.

Romain Grosjean was the race’s first and only retirement, parking his Haas on lap 52. It was the Frenchman’s sixth retirement of 2019, the most of any driver.