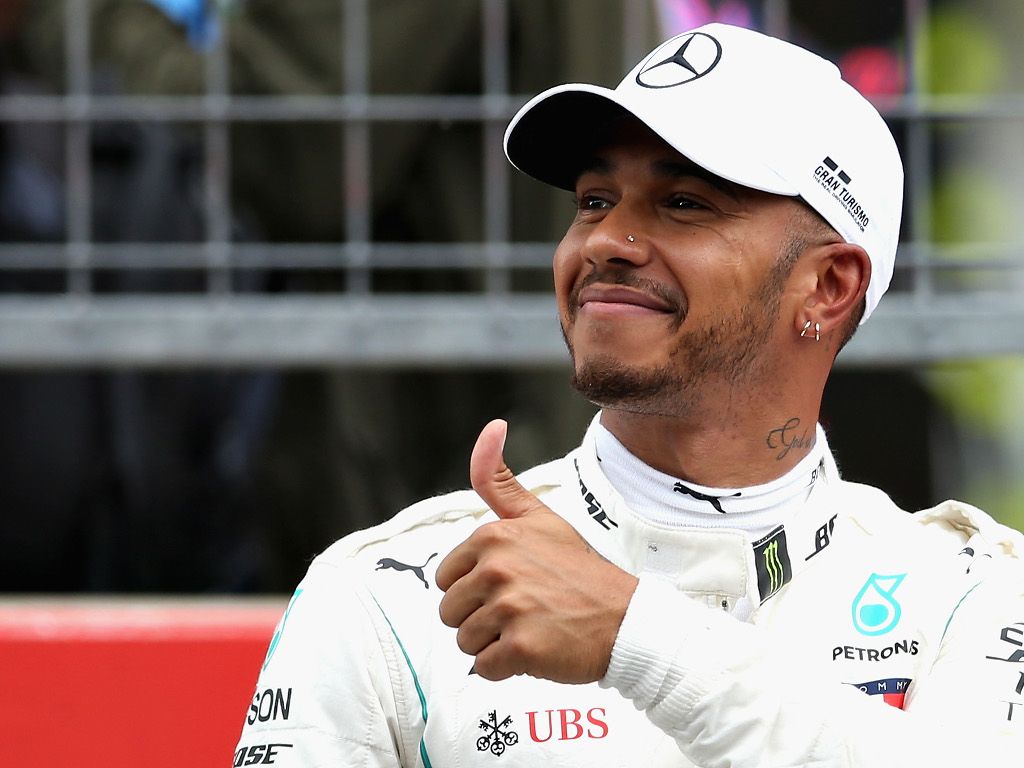 Lewis Hamilton made the most of a late rain shower to win the German GP while title rival Sebastian Vettel crashed while leading.

With heavy rain on the horizon, Sebastian Vettel lined up on pole position for his home grand prix and got off to a fast start, taking the lead ahead of Valtteri Bottas, Kimi Raikkonen, Max Verstappen and Kevin Magnussen.

Lewis Hamilton, starting 14th and on new soft tyres, and Daniel Ricciardo, running medium tyres as he began the race from 19th place on the grid, were 13th and 19th at the end of the first lap.

Ricciardo’s recovery drive later came to naught as he told Red Bull that he was “losing power, something is wrong.” He was told to stop the car, parking it on the side of the track at Turn 11.

Racing in the dry, Ferrari ran the 1-2 as the first round of pit stops played out with Raikkonen ahead of Vettel, Hamilton, who had yet to pit, Bottas and Verstappen.

Reporting that his rear tyres were getting hot on lap 39 of the 67-lap race, Vettel wanted a swap with Raikkonen and told Ferrari that the situation was “silly, I’m losing time and ruining my tyres.” He continued to complain as Raikkonen’s pace meant the three behind them closed in on the Ferraris.

The message came through , Raikkonen asked “not to hold up Seb”. After clarifying that Ferrari wanted him to let Vettel through, he gave the lead up to his team-mate. Vettel immediately lay down a low 1:17.

Vettel is let past his teammate for the lead at the hairpin 👀#GermanGP 🇩🇪 #F1 pic.twitter.com/nsuzoHtJgl

With the rain seemingly a constant “eight minutes away” throughout the majority of the race, Mercedes eventually pitted Hamilton on lap 43, swapping his extremely worn soft tyres for a new set of ultras. He came out in fifth place, 13s behind Verstappen.

The rain arrived a lap later, hitting Turn 6 and resulting in several, including Verstappen, pitting for inters or wets. A few minutes later the message “rain decreasing” came down with Verstappen back in the pits for slicks.

Hamilton was told it would last of all “three minutes”, Leclerc spun, Perez spun and Bottas overtook Raikkonen for second place. But the drama was by no means done as Vettel crashed on lap 52, nose first in the barrier as he lost control on the slippery track. The Safety Car was deployed.

As it played out with several drivers deciding to pit, Hamilton was leading ahead of Bottas, Raikkonen, Verstappen, Hulkenberg and Perez.

The race resumed on lap 58 with Bottas attacking Hamilton, Raikkonen attacking Bottas but no one swapping positions throughout a tense restart. Bottas was then told to hold position behind his team-mate as a bit more rain started to come down.

Hamilton claimed the win and retook the lead in the Drivers’ Championship. Bottas was second ahead of Raikkonen and Verstappen.

Behind the leading three teams, Renault and Haas engaged in a game of strategy as they faught for best of the rest with Force India knocking on the door of that battle.

Nico Hulkenberg won it ahead of Romain Grosjean, who benefitted from the Haas drivers pitting behind the Safety Car, and Sergio Perez. Esteban Ocon was eighth ahead of Marcus Ericsson and Carlos Sainz.

It was, however, Brendon Hartley who completed the points as Sainz had a 10-second time penalty for passing under the Safety Car.