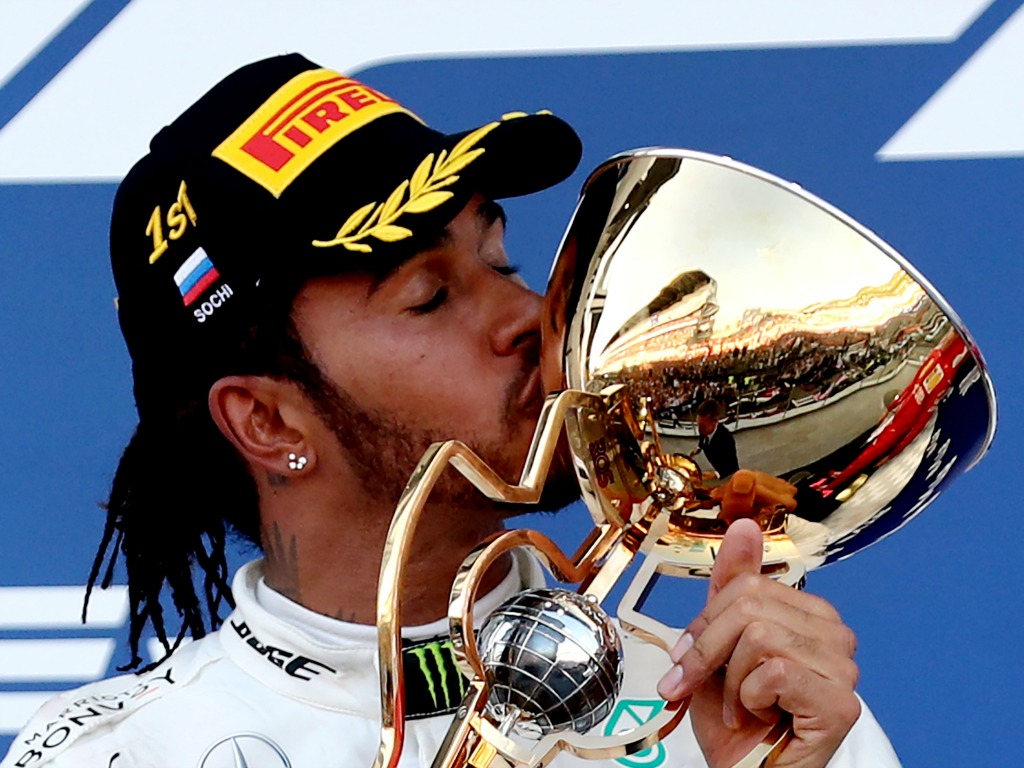 Vettel made a perfect launch off the line, grabbing the tow from pole sitter Charles Leclerc to slingshot his way from P3 to P1. Leclerc dropped to second but was told Ferrari would do “the swap part way into the race” while Hamilton fell to third.

The Safety Car was out even before the first lap was completed as Daniel Ricciardo, Antonio Giovinazzi and Romain Grosjean tangled as all three tried to make it through Turn 4 at the same time. The Renault driver was left with a rear left puncture, Giovinazzi’s Alfa required a new nose and Grosjean’s Haas was in the barrier and out of the grand prix.

The race resumed on lap 4 with Vettel leading Leclerc, Hamilton, Carlos Sainz and Valtteri Bottas while Max Verstappen, who started P9 after an engine penalty, was up to eighth.

Six laps in and Ferrari prepared for the driver swap, telling Leclerc: “Sebastian will let you by next lap”. Vettel didn’t. He told Ferrari two laps later that his team-mate would “have to close up” as he was over a second behind.

Leclerc wasn’t impressed. “You put me behind, I respected everything,” he said. “We will speak later. But now it is difficult to close the gap obviously.”

Vettel continued to eek out a lead over his team-mate, who was told by Ferrari that the swap would happen later in the race but for now “just focus on your race, thank you”, while both Ferraris dropped the Mercedes of Hamilton, who had Bottas behind him having taken P4 off Sainz. Verstappen was up to P6 ahead of Lando Norris and Sergio Perez, making that Nico Hulkenberg.

Leclerc is calm on the radio: "I completely understand. The only thing is I respected – I gave the slipstream and that's no problem. But then, I tried to push at the beginning of the race, but it's no problem." #F1 #RussianGP

Meanwhile further back Kimi Raikkonen was handed a drive-through penalty for jumping the start, dropping him to P19.

20 laps in the 53-lap grand prix and Hamilton’s W10 – on the medium tyres – came to life, trading purple sector times and overall fastest laps with race leader Vettel. As such he began to eat into Leclerc’s advantage, however, the Monégasque driver wasn’t able to do the same into Vettel’s. Bottas dropped further behind in fourth and Verstappen passed Sainz for P5.

Hulkenberg was the first of the top ten to pit followed by Norris and Sainz before Ferrari brought Leclerc, lap 23, in for fresh medium tyres. Perez was the next in but, despite seeing Vettel losing time to Leclerc, Ferrari opted not to pit the second car. He eventually stopped four laps after his team-mate, coming out behind Leclerc.

Moments later it went from bad to worse for Vettel as he retired his SF90 on the side of the track reporting an MGU-K problem. His first DNF of this season. The VSC came out, Hamilton pitted and Hamilton came out P1. Leclerc was second while Bottas, who also stopped, was P3 ahead of Verstappen, Sainz and Kevin Magnussen.

George Russell added his name to the list of retirements as he crashed on his out-lap after pitting. He went nose first in the barrier but thankfully wasn’t up to full speed at the time. The full Safety Car came out and Leclerc pitted again, swapping to soft tyres. Robert Kubica, having already stopped twice, made it a double Williams retirement as he parked his FW in the garage.

The race resumed on lap 33 with Hamilton easily pulling away from Bottas who had Leclerc on his rear wing, the trio immediately putting metres between themselves and Verstappen. Sainz was running fifth ahead of Magnussen, Alexander Albon, Perez, Norris and Lance Stroll.

Leclerc tried to challenge Bottas but with the Finn gaining a slipstream off Hamilton, the W10 was able to neutralise the Ferrari’s straightline speed. And all the while Hamilton was pulling away.

Toro Rosso came a hair’s breadth away from joining Williams in a double DNF as Daniil Kvyat, going in far too hot, and almost crashed into Pierre Gasly’s ST14. Gasly went off track, losing a position to Raikkonen. Only Giovinazzi was behind the battling Toro Rossos and Raikkonen.

Hamilton at the front continued to pull away from Bottas, while Leclerc attacked and then backed off to save tyres and engine before trying again. But it in the end it was Mercedes who came out tops, taking the 1-2 and a sixth successive Russian Grand Prix. Hamilton also claimed the fastest lap point, his lead in the championship up to 73.

Leclerc crossed the line in third place, a disappointing result given Ferrari’s early 1-2.

Verstappen was fourth ahead of Albon, Sainz and Perez while Magnussen crossed the line in eighth but had a five-second time penalty for going off at Turn 2. He fell to P9 behind Norris and ahead of Hulkenberg.