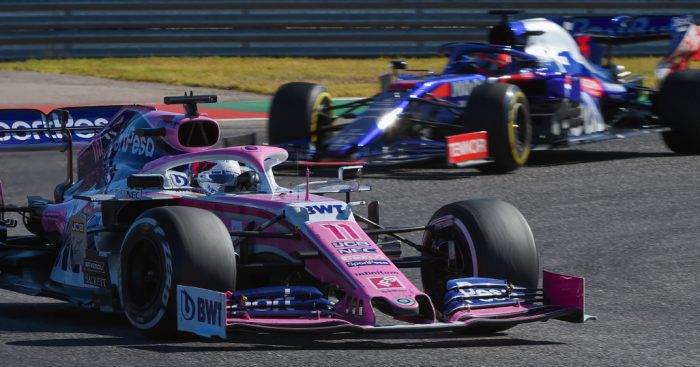 After Lawrence Stroll bought the bankrupt Force India team in August 2018, Racing Point were born from the ashes.

However, the RP19 was designed during that “turmoil”, and so a slow start to the campaign was always expected before upgrades started to pass through the production line and onto the cars.

The team have scored points at seven of the last eight races since the summer break, though they have been unsuccessful in their aim to finish the season with the fourth-fastest car while they sit P7 in the Constructors’ standings with one race to go.

In that sense Szafnauer admits to it being a “disappointing” campaign, though not a surprising one due to the “turmoil” of last season.

“It’s not what we wanted. We definitely wanted to be a little bit further ahead,” he is quoted by Autosport.com.

“We were hoping to be fifth or fourth this year, so from that regard, it’s a bit disappointing.

“However, having looked back at what happened the year before this, when this year’s car was in development, we were in a bit of turmoil, especially financially, so it’s not surprising.”

Sergio Perez has finished outside the points only once since August, that being his DNF in Singapore, and while he is happy to be fighting with the likes of McLaren, Racing Point’s position in the Constructors’ and the P10 he holds in the Drivers’ Championship both serve as poor reading.

“I don’t think we have achieved what we wanted this year,” said the Mexican.

“It’s been a disappointing season in a way. We knew it was not going to be great since the beginning but we kind of expected to be a bit more competitive by now.

“I think in the second half of the season we’ve been strong, in different circuits, different places, which is always positive.

“McLaren, in that midfield, has been very consistent, very strong, but I think we have been in the mix with all the others and we’ve scored a good amount of points since the summer break.

“There are a lot of positives to take, but the general picture is not where we want to be.”