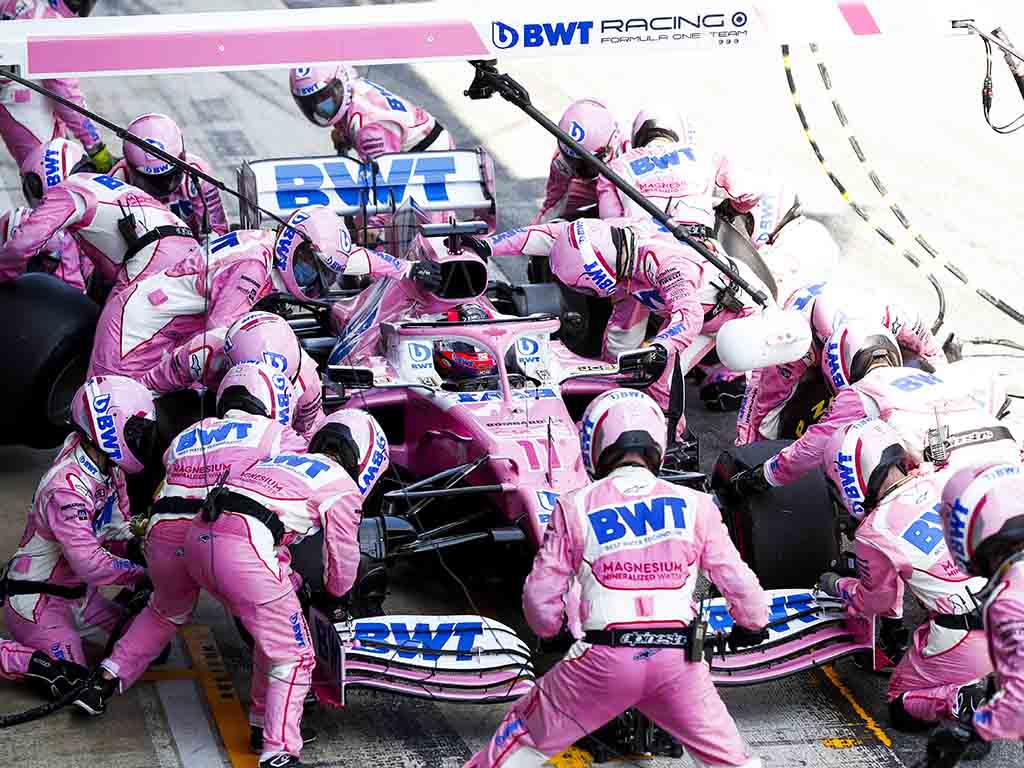 Racing Point will bring only one upgrade this season for the Italian Grand Prix at Monza, so are ready to “live with” rivals’ development.

Whilst the debate surrounding Racing Point’s RP20 and their brake ducts continues to rage on, what is for certain is that their 2020 challenger is a very competitive race car.

The team currently occupy P3 in the Constructors’ Championship behind Mercedes and Red Bull, but creating a fast F1 car based on the 2019 double-title winning Mercedes is one thing, keeping it up the order is another.

Racing Point clearly don’t have the budget that the likes of Mercedes and Red Bull enjoy, and so Racing Point boss Otmar Szafnauer has confirmed that the team will only introduce one upgrade for this season which will likely arrive at Monza.

So, if their rivals develop their cars at a faster rate, then it’s just something Racing Point will have to “live with”.

“Our only upgrade will probably be ready for Monza,” Szafnauer is quoted by Grandpx.news.

“If the others keep on developing, they will get closer and closer and be faster on some tracks. We will have to live with that.

The 2005 United States Grand Prix will be remembered as one of F1's strangest events, but Jordan was there to pick up the pieces…#ThrowbackThursday #TBT #F1 pic.twitter.com/aXTCOW0aEd

Racing Point could well end up spending a chunk of their budget on legal fees should the saga over their brake ducts end up in court.

Ferrari and Renault are leading the appeal which will demand harsher sanctions for Racing Point than the 400,000 Euros fine and deduction of 15 points that they received for using illegal Mercedes-inspired brake ducts.

Racing Point meanwhile have submitted their own appeal, protesting their innocence.

But Red Bull team principal Christian Horner has already said that there is “no way in hell” that this “soap opera” will end up in court.

“It’s relatively normal, it’s part of this soap opera that is Formula 1,” Horner told Channel 4 when asked about the protest going towards a court hearing.

“Off-track obviously that appeal process has gone in, I don’t think there’s any chance in hell that it will end up in an appeal court.