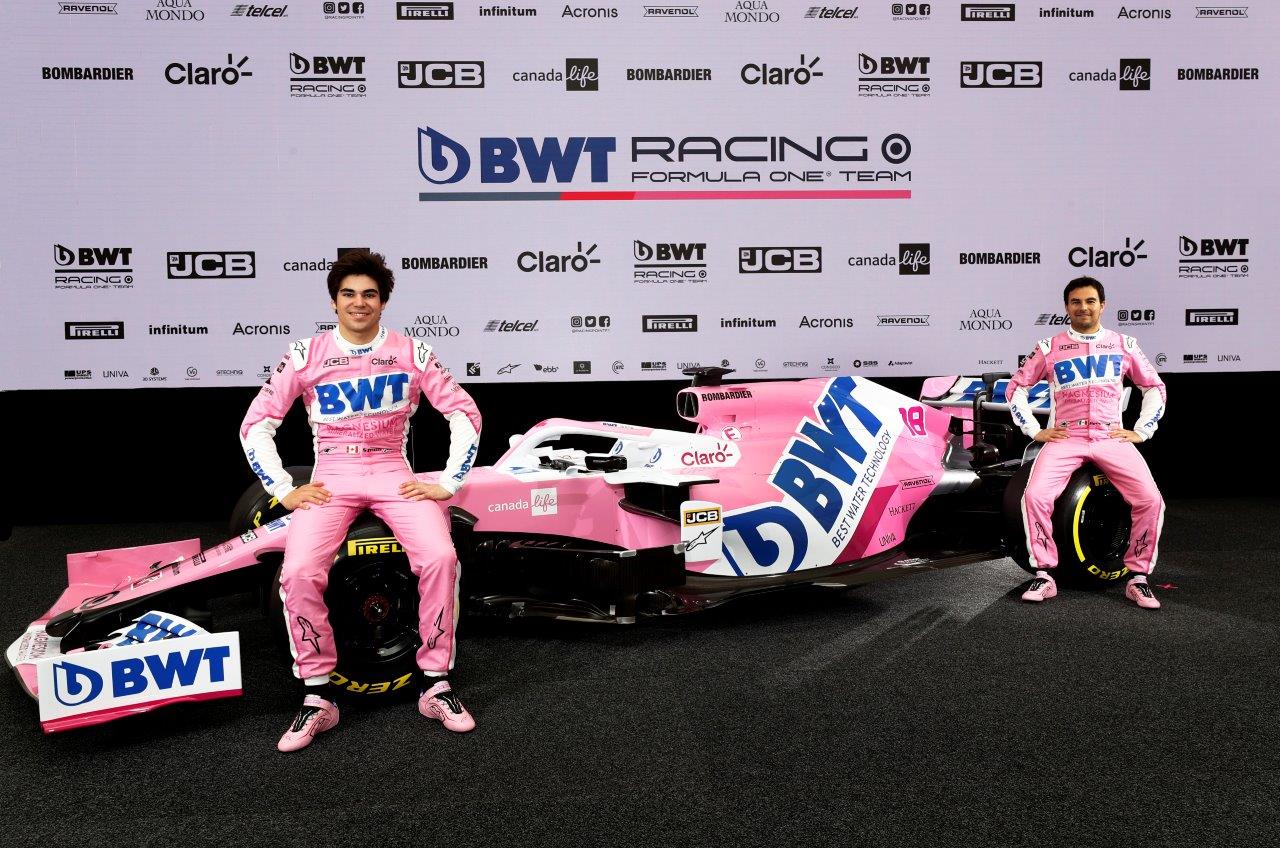 The last official launch show is in the books after Racing Point revealed their new RP20 livery at a special event held in Mondsee, Austria.

Racing Point chose the hometown of their major sponsors BWT as the location of what is their final launch before the team rebrand as Aston Martin ahead of the 2021 campaign.

A leaked image of the RP20 appeared on social media over the weekend and that image proved to be the real deal. These are the now pinkest pink panthers following the removal of the SportPesa blue. The bookmakers are no longer title sponsors of the team after one season in partnership together.

“Since 2017, we have thoroughly enjoyed building a successful partnership with BWT and we’re delighted to be celebrating our fourth year together by welcoming them as our Title Partner,” team principal Otmar Szafnauer said.

“This expanded collaboration truly reflects the loyalty, commitment and energy that they bring to the Racing Point family.

“I’m pleased we could launch our season here in Mondsee at the home of BWT and shine a spotlight on the valuable work being done by BWT to drive sustainability.

“We have enjoyed many memorable moments both on and off track already and we now look forward to adding more in the 2020 season.”

Racing Point’s launch concludes a very busy Monday as Williams, who also launched, plus Haas and Renault all made their way onto the track for the first time this year at the Circuit de Catalunya to complete their first ‘filming day’ laps.

The next stop on the Formula 1 calendar is pre-season testing, which gets underway on Wednesday, February 19 at 0800 GMT.