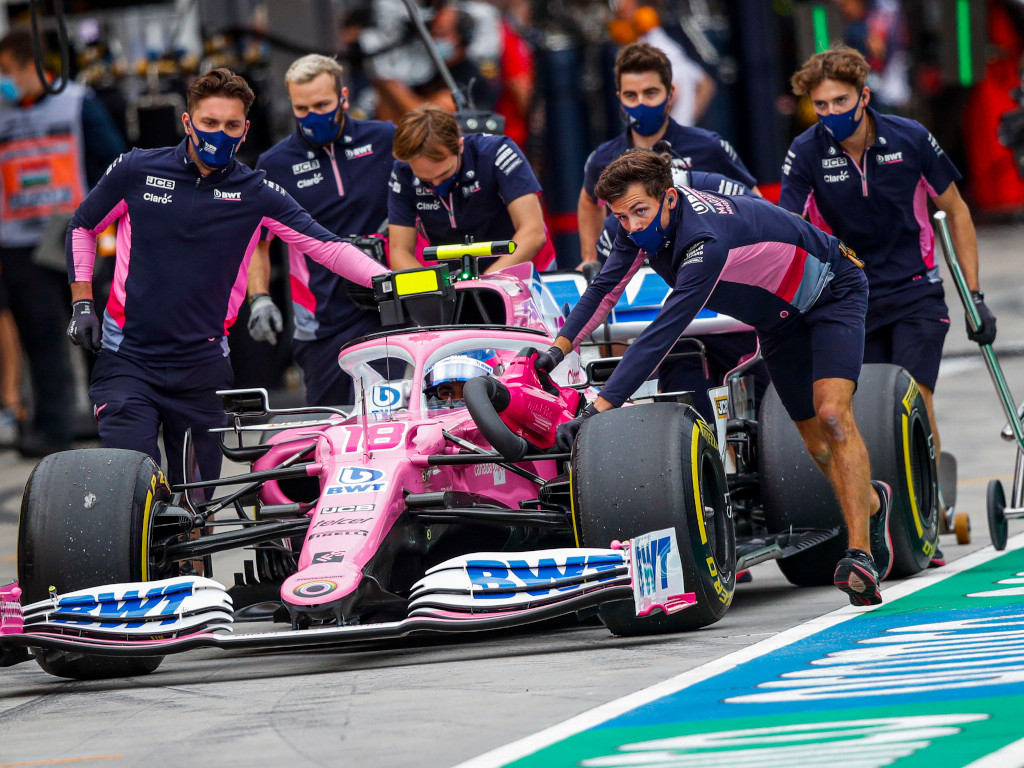 Racing Point may be 15 points and 400,000 Euros down but the “good news” for Otmar Szafnauer is that the RP20’s brake ducts are technically legal.

After three protests and a hearing on Wednesday, the FIA handed down its ruling on Racing Point’s brake ducts on Friday.

A new rule this season is that all teams have to design their own brake ducts, which in the past Racing Point bought from Mercedes.

Last year Racing Point ran Mercedes’ front ducts but not the rears given that the back end of the two cars were very different.

Designing this year’s RP20, Racing Point based the car’s front ducts on last year’s ducts and, as an “evolution”, those have been declared legal.

The rear ducts, though, are not as Racing Point began work on its 2020 rear ducts after receiving Mercedes’ CAD, computer-aided design.

“Since the RP20 RBDs [rear brake ducts] were not run on the RP19 in 2019 and since the Stewards believe that the design effort expended by Racing Point in adapting the RBDs originally designed by Mercedes for the W10 pales in comparison to the significance of the original Mercedes work, the Stewards conclude that the principal designer of the RP20 RBDs was Mercedes, not Racing Point,” read the FIA statement.

Racing Point were penalised 15 points from the Styrian Grand Prix, fined 400,000 Euros, and reprimanded for the Hungarian and British races.

The team, though, doesn’t have to redesign the ducts as the ruling declared they had broken a sporting rule, not a technical one.

“The Stewards acknowledge that since the RBDs are compliant with the 2020 FIA F1 Technical Regulations, it is not realistic to expect Racing Point to re-design or re-engineer the BDs in a way that would effectively require them to “unlearn” what they already know,” read the verdict.

And that, team boss Szafnauer says, is the “good news” in all of this.

Speaking to Sky Sports, he said: “The good news from the judgement is that the car is completely legal from a technical perspective so we can continue to run the brake ducts, it’s just a matter of process in the sporting regulations.

“We read the sporting regulations and there was nothing specific in there which says we couldn’t do what we did.

“Other teams have done exactly the same, probably even more than what we did, so it’s a bit bewildering. However, we now have to decide if our punishment is one that we should appeal.

“But as I said, the good news is is that we can continue to run the car here [at Silverstone] and thereafter, and it’s legal.”

Ironically for Racing Point, Szafnauer was one of the team bosses that last year voted in favour of making the ducts a listed part for 2020.

He added: “There is only one part of the car that went from a non-listed part to a listed part, which is brake ducts.

“I was there in the strategy group meeting when we voted for this and I supported it. Some teams didn’t want this to happen.

“I think we were even the swing vote.

“We started this process way before the brake ducts were even contemplated from moving from non-listed to listed.

Racing Point has 24 hours to decide if the team wishes to appeal the ruling.